What is the ‘pork pie plot’ and what does it mean for Boris Johnson? 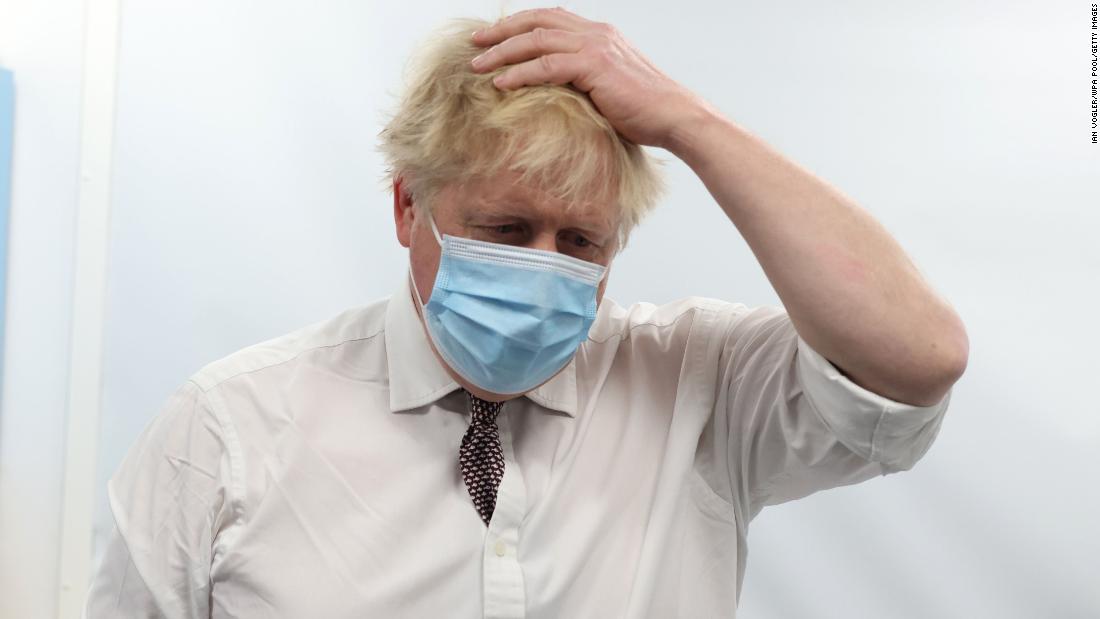 Two polls in the last week suggest as many as two-thirds of voters want Johnson to resign.

It’s too soon to tell.

One factor that may work in his favor is that the process of getting rid of a sitting Conservative British prime minister is fairly complicated.

Prime ministers are not elected directly by the public, of course — Brits vote for their local member of Parliament, and the leader of the largest party in Parliament becomes prime minister. The United Kingdom doesn’t have to hold another parliamentary election before 2024, so there’s no way the average voter on the street can boot Johnson out now.

Then why all this talk about him facing a confidence vote?

The general public may not be able to vote Johnson out of office, but Conservative lawmakers can. Rumors are flying around Westminster about backbench Conservatives sending letters of no confidence to Graham Brady, the chairman of the 1922 Committee.

And on Wednesday, as Johnson prepared for the weekly Prime Minister’s Questions in Parliament, one Conservative MP dramatically defected to the opposition Labour party. Christian Wakeford has been openly critical of Johnson in recent days, calling the scandal “embarrassing” in a January 12 tweet. “How do you defend the indefensible? You can’t!,” Wakeford remarked.

What does that mean? What’s the 1922 Committee?

This is the group of Conservative backbenchers — workaday lawmakers who are not in the government as ministers. Graham Brady is the long-standing chairman of the group.

Under Conservative party rules, if MPs want to get rid of their leader, they submit a confidential letter of no confidence to the chair, who keeps them secret, not even revealing how many letters have been submitted.

Letters can be withdrawn after they have been handed in, so the number may constantly be shifting — going down as well as up.

There are currently 359 Conservative MPs after Wakeford’s defection, which means it takes 54 letters to trigger a no-confidence vote, and then 180 votes against Johnson to remove him from office.

Johnson’s predecessor Theresa May went through this agony in 2018 — MPs submitted enough letters to trigger a confidence vote in her, but when the vote came, she survived it.

On paper, at least, defeating a no-confidence vote strengthens a prime minister, because it means another challenge cannot be launched for 12 months. But in practice, going through the process, even if the prime minister wins, tends to be fatal. May was out of office just a year after beating back her party rebellion.

The Conservative party would decide. It would not spark a new national parliamentary election — all current lawmakers would stay in office.

The current Deputy Prime Minister is Dominic Raab, but that does not mean he would become prime minister if Johnson is voted out.

Instead, the Conservative party would launch its own complicated process for choosing a new leader, with Chancellor Rishi Sunak and Foreign Secretary Liz Truss thought to be among the top contenders.

How many letters have been submitted?

Part of the reason Brady has been chair of the 1922 Committee for so long is his discretion — he never reveals how many letters he has in his safe.

But the Westminster rumor mill is in overdrive this week. The latest suggestion is that an effort by Johnson loyalists to tamp down rebellion among newer MPs elected in 2019 went disastrously wrong, prompting a new wave of letters to the 1922 Committee.

Is that the ‘Pork Pie Plot?’

Yes. The British press is rife with speculation that the MP for Rutland & Melton, Alicia Kearns, hosted a meeting of discontented Conservative backbenchers this week. That constituency is home to the famous Melton Mowbray pork pie. It’s probably simply an odd coincidence that “pork pie” is Cockney rhyming slag for “lie” — just what Boris Johnson is so often accused of doing.

Sarah Dean in London, Niamh Kennedy in Dublin, Ireland and Amy Cassidy in Glasgow contributed to this report.