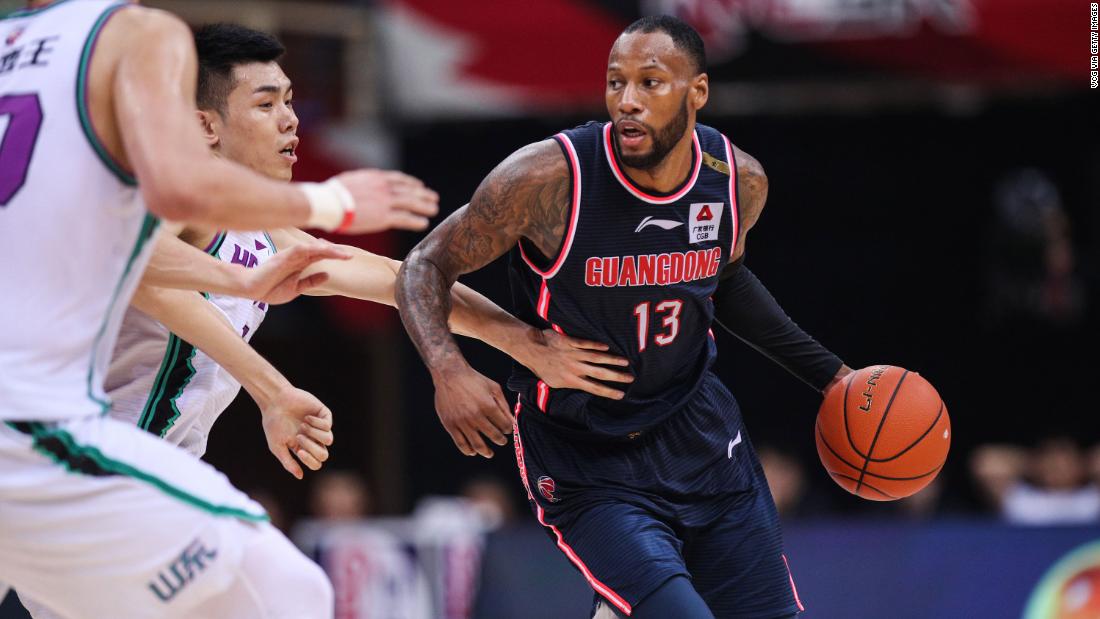 In a video circulating on social media, fans can be heard repeatedly shouting the “N” word and “get out of China” at 35-year-old Weems, who plays for the Guangdong Southern Tigers in the Chinese Basketball Association.

The incident happened after the Southern Tigers’ game against the Liaoning Flying Leopards last Thursday. During the game, a fight broke out between Weems and Chinese player Han Dejun which resulted in both players being ejected.

In the video, Weems is seen exiting the team bus along with the rest of the team when a crowd of fans can be heard yelling the racist slurs. Weems appears to ignore the crowd.

In a statement on Friday, the CBA said it has a “zero-tolerance attitude toward any discriminatory words or deeds,” and in an open letter to fans asked them not to engage in “uncivilized behavior” and “vulgar words.”

“Whether on or off the field, fans should watch the game in a civilized manner, respect each other, do not do anything that damages the reputation of the team,” reads the letter.

Both teams also condemned the behavior of the fans with the Flying Leopards saying the words seriously hurt the Guangdong team and damage the image of the league and fans.

“Respect for the opponent is a basic quality that every player should have, and it is also a basic requirement for a qualified fan,” reads the team’s statement.

CNN has reached out to Weems but did not immediately receive a response. He also hasn’t publicly commented about the abuse on his Twitter or Instagram accounts, but did post emojis of hearts in a rainbow of different colors on Weibo.

Taiwanese-American player Jeremy Lin offered Weems his support via social media, writing on his Weibo page: “The abuse Weems received really was disrespectful, that word carried so much hurt, unfairness and hatred that I couldn’t put into words.”

On Weems’ Weibo profile, fans have also left messages of support. “Peace and Love. We will always be behind you,” said one, while another wrote: “I’m sorry. Are you alright now? We always support you and stay here with you.”

Weems was selected by the Chicago Bulls in the 2008 draft and then spent a number of seasons in the NBA over the course of his well-traveled career. He joined the Southern Tigers in 2018 and helped them win the past three titles.

The incident of racism comes three weeks before China is scheduled to host the Winter Olympics in Beijing.

On Monday, former NBA star Yao Ming, now president of the CBA, spoke of the importance for sports to build bridges between communities.

“There’s bound to be traffic on bridges — so sometimes we see collisions,” he told reporters. “It may take some time to resolve some issues … But we want to keep the bridges intact.”