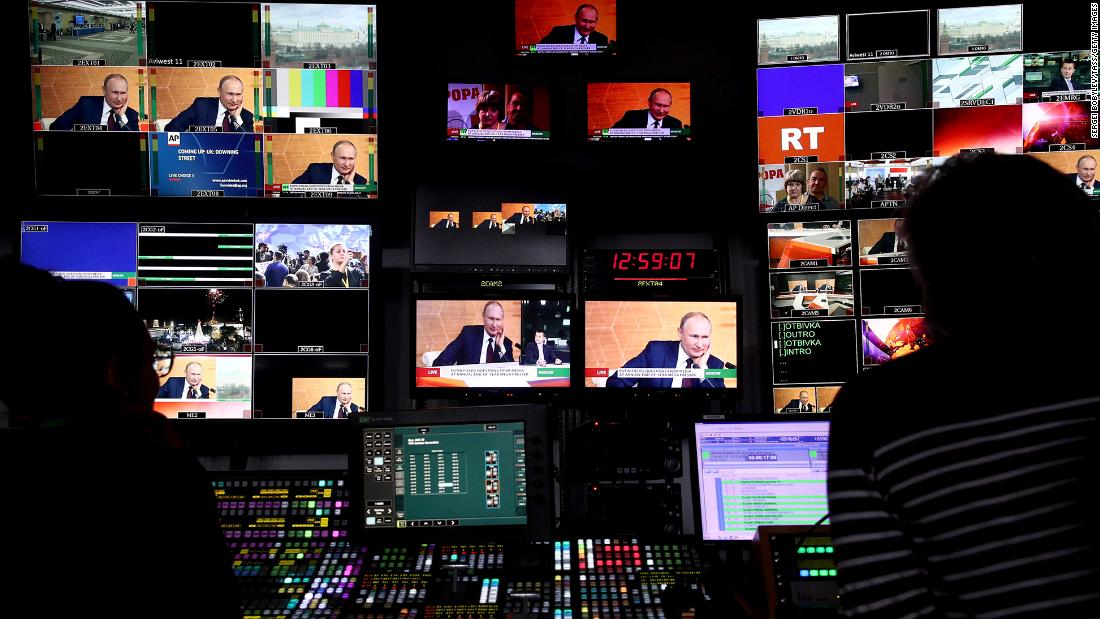 The actions taken by television providers and technology companies against RT have dealt one of the largest blows to the outlet in its history, reducing the Kremlin’s ability to peddle its narrative at a pivotal time when its international standing has fallen as a result of its unprovoked war on Ukraine.
Meta, the parent company of Facebook (FB) and Instagram, and TikTok separately announced some of the harshest measures taken thus far against RT on Monday. The social media companies said they had moved to block RT in Europe. The outlet’s accounts will no longer be accessible to users on that continent through those companies’ services, depriving RT of crucial venues to advance its messaging.

Meta had previously announced that RT would no longer be eligible to monetize its content on the company’s platforms.

Google (GOOG) on Sunday also announced that RT would no longer be able to earn ad revenue on its platforms. YouTube, which is owned by Google, has also been a key platform that RT uses to amplify its content’s reach.

Roku, the company that sells hardware which allows users to stream content through the internet, said Monday night that it would also bar RT in Europe.

Television providers across the world are also dropping RT.

Two of Canada’s largest television providers, Rogers Communications and Bell Canada, said Monday that they have made the decision to remove the channel from their lineups, according to The Hollywood Reporter.

1+1 Media Group, a Ukrainian media conglomerate, said Monday that it had written a joint letter with other Ukrainian media companies to television and other providers imploring them to scrub Russian news channels from their services.

“More than 20 local providers from Poland, Australia, Slovakia, the Czech Republic, Canada, Estonia, Lithuania, Latvia, Bulgaria, Germany, as well as representatives of international corporations have already responded to the request,” 1+1 Media Group said in a press release. “As of 26 February they have started the turning off of the propagandistic TV channels on their satellites, cable networks and across other platforms and sources.”

1+1 Media Group said some of the providers have started to air the United News Marathon, a nonstop stream of news produced by the company with other Ukrainian media outlets, in place of the channels it previously carried.

Ofcom, the UK media regulator, said Monday that it had “opened 15 new investigations into the due impartiality of news programs on the RT news channel.”

“We have observed a significant increase in the number of programs on the RT service that warrant investigation under our Broadcasting Code,” Ofcom said in a statement.

In the US, RT still continues to have a foothold. Both DirecTV and DISH broadcast RT America, the US version of the outlet, to their customers.

When asked for comment, a DISH spokesperson told CNN, “Our thoughts are with all the people of Ukraine, and particularly with our team members in the country. We are closely monitoring the situation.”

The DISH spokesperson did not elaborate beyond the brief statement.

A DirecTV spokesperson did not respond to a request for comment.

A handful of RT staffers have also publicly quit the network in recent days, adding to the outlet’s turmoil.

A spokesperson for RT did not respond to a request for comment from CNN.