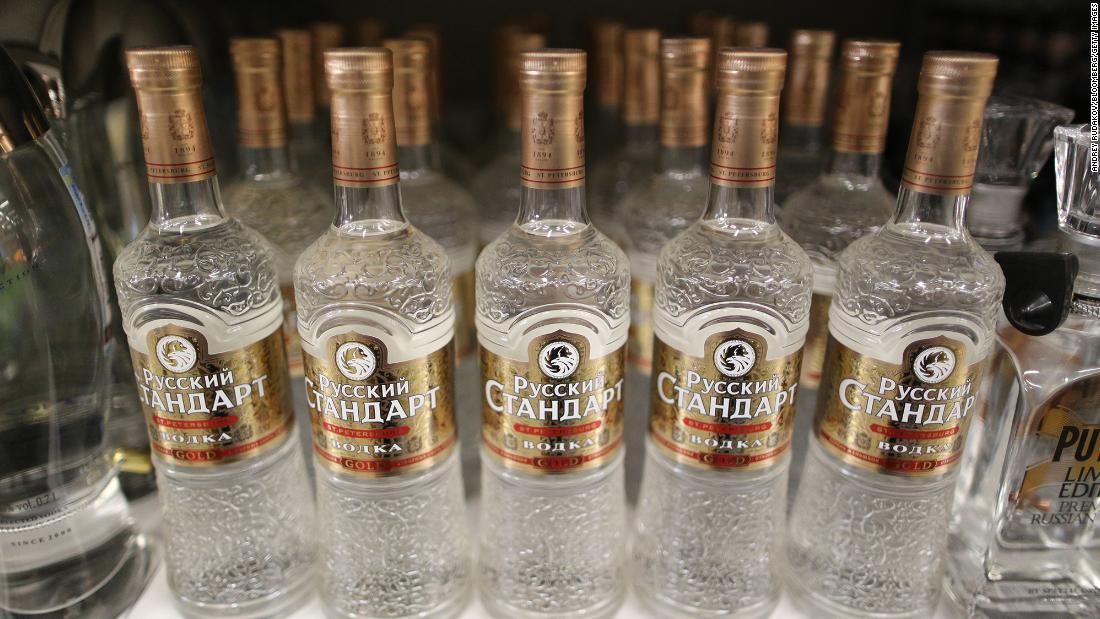 So far, officials in Ohio, Utah and New Hampshire have called on liquor stores to remove Russian-made or Russian-branded products from shelves, a move that largely targets vodka since it’s most closely associated with the country.
Utah Governor Spencer Cox requested on Saturday that state-run liquor outlets “remove all Russian-produced and Russian-branded products,” explaining that Russia’s invasion of Ukraine is an “egregious violation of human rights.”

New Hampshire’s Gov. Chris Sununu made a similar announcement, also asking for the removal of “Russian-made and Russian-branded spirits.”

These moves are largely symbolic — and may even miss their intended target — as very few brands imported to the United States still produce the liquor in Russia.

Many of the top-selling vodka brands that trace their origins to Russia are now distilled in multiple countries — including the United States.

For example, some bar owners are protesting the invasion by dumping out Stoli Vodka. Problem is, it’s only Russian by name, which is loosely translated as “capital city” due to its origins in Moscow. The vodka is actually made in Latvia, and the company’s headquarters is in Luxembourg — a member of NATO which has spoken against the Russian invasion.

In a statement to CNN Business, Stoli Group said it “unequivocally condemns the military action in Ukraine and stands ready to support the Ukrainian people, our teams and partners.”

“For decades, Stoli Group has supported the marginalized and those at risk of unwarranted aggression. We stand now with all Ukrainians and Russians calling for peace,” a company spokesperson said.

Smirnoff is another brand being confused as being Russian. Although it traces its heritage to 19th century Russia, the company has long been owned by British spirits giant Diageo (DEO) and is manufactured in Illinois.

Ohio Governor Mike DeWine was more targeted with his announcement. On Saturday, he asked the state’s nearly 500 liquor stores to “cease both the purchase and sale of all vodka made by Russian Standard, the only overseas, Russian-owned distillery with vodka sold in Ohio.”

Russian Standard, along with lesser-known vodka Green Mark, are one of the few alcohol brands imported from Russia and sold in the United States. It’s parent company, Roust International, is owned by Roustam Tariko, a Russian oligarch who also owns Russian Standard Bank. The alcohol company didn’t immediately respond to CNN Business’ request for comment.

These boycotts are largely symbolic because Russian-made vodka accounts for a very small percentage of the roughly $7 billion in annual vodka sales, according to the Distilled Spirits Council (DISCUS), a national trade organization that represents spirits makers.

Less than 1% of vodka consumed in the United States is produced in Russia. In fact, more than half of all vodka consumed domestically is actually made here, according to data from IWSR Drinks Market Analysis, a global firm that tracks alcohol sales.

Vodka imported from Russia has been on the decline for several years, and is down 79% since 2011, DISCUS said.