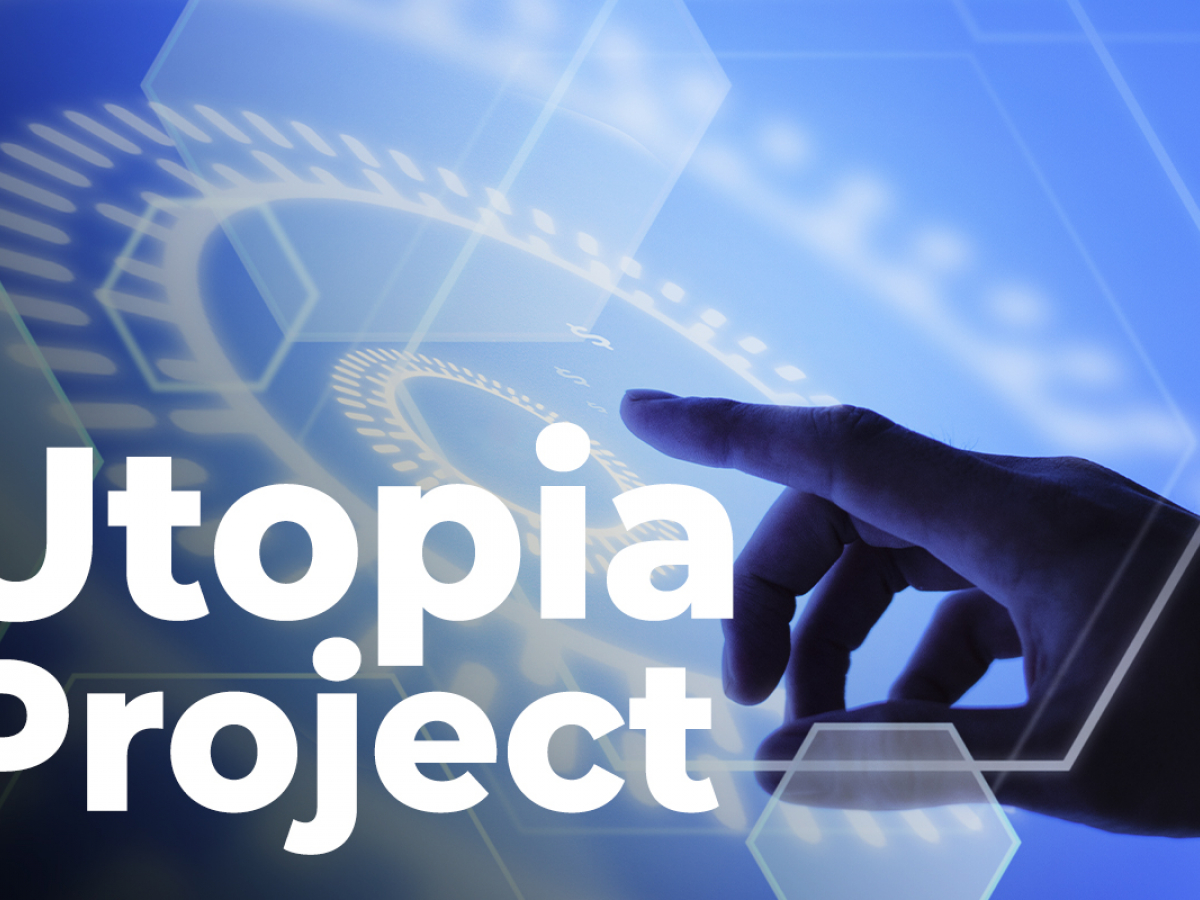 By 2021, the blockchain concept has established itself as the most secure, immutable and attack-resistant way to store and transfer information. Virtually nothing can prevent information from being transferred by blockchain nodes or cause it to somehow be corrupted or deleted.

As such, blockchain platforms can protect people’s data from being harvested by corporations and governments. At the same time, the global blockchain space still lacks the projects that would leverage distributed peer-to-peer systems to address such issues.

Project Utopia, a distributed peer-to-peer ecosystem, unites a couple of blockchain-based products under its umbrella.

What is special about Utopia?

With all of these perks, Utopia is aimed at replacing social networks, centralized crypto wallets, first-gen email agents and even privacy-first networks like Tor.

Utopia’s manifesto: What do we know about decentralization in 2021?

Launched in 2019, Utopia project has summarized its ideology in a document dubbed “Manifesto.” In this inspiring text, Utopia’s team, 1984 Group, highlights privacy of communication and freedom of self-expression as two core values of its mission and long-term vision.

In its fight for freedom of expression for users, Utopia sees two main groups of opponents, i.e., governments and corporations. The first are attacking human rights to retain control over resources, while the latter are earning billions of dollars harvesting users’ data in various ways.

To achieve these ambitious milestones, Utopia leverages advanced technologies on its way toward a self-regulated, sustainable society.

Utopia is KYC agnostic by design: just as in noncustodial wallets for Bitcoin (BTC) or Ethereum (ETH), a new user just needs to set up his/her password and keep it in a secure place.

Utopia’s software kit can be downloaded for desktop computers with various operation systems: Windows, Linux and MacOS. Mobile software versions for Android and iOS are under development and will soon be released for mass users.

Utopia’s messaging application is a powerful and resource-efficient instrument for the instant exchange of messages with text, photos, videos, files and so on.

Just like mainstream centralized messengers, Utopia’s messaging model supports stickers and emojis. Users can interact with each other in private chats or in group channels. Unlike Telegram or WhatsApp, Utopia’s groups and channels work with an unlimited number of accounts.

Utopia’s messenger is much faster than the majority of competitors’ products. Its messages are protected with cutting-edge encryption techniques.

Utopia’s email application is a decentralized alternative to the familiar electronic mail protocol. It has an unusual “killing feature”: it does not collect information about its users since it is not oriented toward displaying relevant advertising.

Also, Utopia’s mailing ecosystem cannot be attacked by hackers: it does not store users’ messages on a centralized server or cloud.

Utopia’s mailing service allows its clients to send messages free of charge: it has no subscription fees or maintenance fees. Due to its advanced technical design, this solution is environmentally friendly.

Its user interface is similar to that of previous generations of mail applications, so its users do not need special skills or extra expertise in cryptography or blockchain.

Utopia’s decentralized cryptocurrency wallet solution is set to offset the gap between crypto holders and merchants, i.e., to build a reliable and low-cost system for daily remittances and other real-world cases.

Utopia’s application boasts built-in wallet functionality: every client of Utopia can authorize or receive money in seconds. With Utopia, third parties cannot access payment information about transactions made with the protocol, its amount, details and the addresses of the sender and recipient.

Besides ordinary transfers, users can explore the crypto-backed cards of the Utopia project. Utopia cards can replace the cryptocurrency wallet in regions with no internet connection. Merchants can integrate these cards to receive payments in a totally novel way, to save on transactional fees and to make their products visible for new audiences.

Utopia has two main currencies that work as the basis for its tokenomic system. Its native cryptocurrency, Crypton (CRP), is a mineable digital asset designed to serve as a core utility token of Utopia.

Its holders can earn on their dormant crypto riches as CRP is an interest-bearing token. Its transactions are instant, virtually untraceable and cannot be stopped or reversed.

Utopia USD, or UUSD, is a stablecoin by Utopia that is pegged to the U.S. Dollar. It can be used by Utopia’s enthusiasts as a decentralized alternative to savings accounts and as a hedge in times of increased market volatility.

Besides the native Crypton exchange, tokens by Utopia are available on leading CEXes P2PB2B, Latoken and Cryptex.

Crypton Exchange is a cutting-edge platform for storage, transfer and exchange of cryptocurrencies assets. Primarily, it is focused on providing safe, secure, and anonymous ways to buy and sell Crypton (CRP) cryptocurrency.

What do you need to run a Utopia node?

As Utopia’s solutions are 100% decentralized, the security and integrity of its transactions are guaranteed by a distributed ecosystem of nodes. Once every 15 minutes, participants in node consensus receive rewards for their RAM and traffic throughput used in the verification of transactions.

To start supporting the network and earning periodic rewards, crypto enthusiasts should run purpose-made UAM applications on any Linux server that operates at least 4 GB of RAM and 4 CPUs.

At press time, Utopia blockchain has more than 30,000 nodes. This number grows day by day because the entire procedure of validating blocks remains carbon neutral as it does not need too much electricity or expensive video cards.

Project Utopia is focused on building an all-in-one cryptocurrency ecosystem with privacy and security in focus. Its software can be downloaded on any computer on which validators run Linux servers.