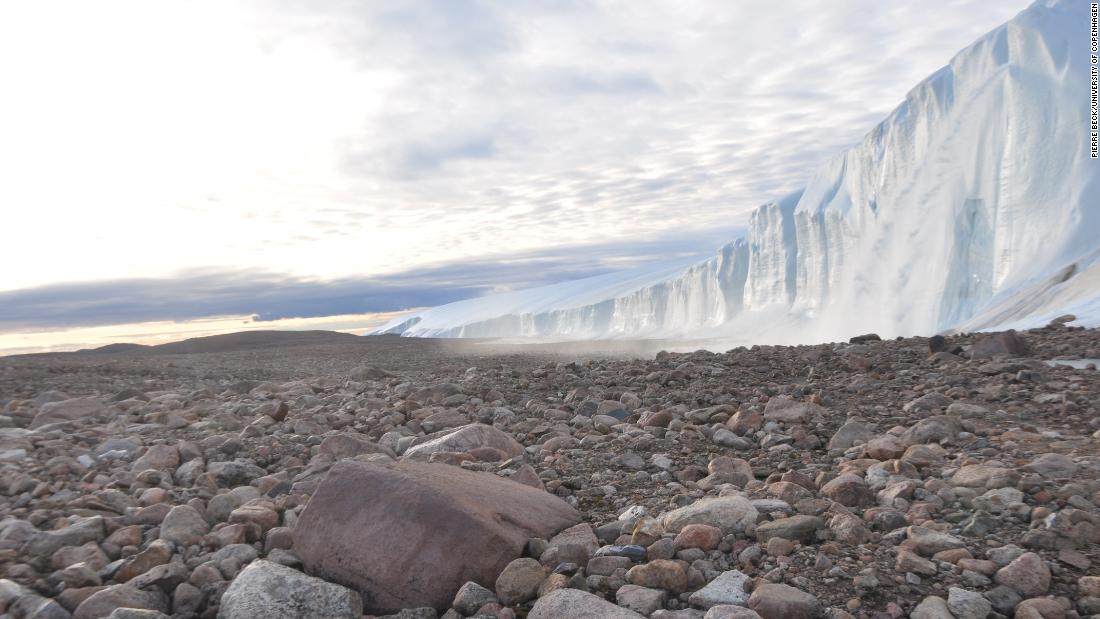 The Hiawatha crater was exceptionally well preserved despite glacier ice being incredibly effective at erosion. Its state fueled talk that the meteorite might have hit as recently as 13,000 years ago.

However, the crater, which is one of the world’s largest, has now been definitively dated — and it is much, much older. In fact, it slammed into the Earth just a few million years after dinosaurs went extinct, about 58 million years ago.

“Dating the crater has been a particularly tough nut to crack, so it’s very satisfying that two laboratories in Denmark and Sweden, using different dating methods arrived at the same conclusion. As such, I’m convinced that we’ve determined the crater’s actual age, which is much older than many people once thought,” said Michael Storey, head of geology at the Natural History Museum of Denmark, in a news release.

When the asteroid hit, the Arctic was covered in balmy rainforest with temperatures of around 68 degrees Fahrenheit (20 degrees Celsius). Local inhabitants would have included crocodiles, turtles and primitive hippo-like animals, said Storey, who was an author of a new paper on the crater published in the journal Science Advances.

The Hiawatha impact crater could swallow up Washington DC and is larger than about 90% of the roughly 200 previously known impact craters on Earth.

It’s not yet known whether the meteor that struck Greenland disrupted the global climate in the same way the 200-kilometer wide asteroid that created the Chicxulub crater in Mexico — that doomed the dinosaurs — did some 8 million years earlier. But the Greenland meteorite would have devastated plant and animal life in the immediate region.

To date the glacier, researchers collected sand and rocks from rivers flowing from the glacier. Those samples would have been heated by the meteor impact. They were dated using techniques that detect the natural decay of long-lived natural radioisotopes contained in the rock.

Crystals of the mineral zircon contained in the rock were dated using uranium-lead dating. The uranium isotopes start decaying as zircon crystallizes, transforming into lead isotopes at a steady and predictable rate. The technique pointed to a date of about 58 million years ago.

The grains of sand were heated with a laser, and the researchers measured the release of argon gas, which is produced from the decay of the rare but naturally occurring radioactive isotope of potassium, known as K-40.

“The half-life of K-40 is exceptionally long (1,250 million years) which makes it ideal for dating deep-time geological events like the age of the Hiawatha asteroid,” Storey said.

The technique suggested a similar time frame for the meteor strike.

“It is fantastic to now know its age. We’ve been working hard to find a way to date the crater since we discovered it seven years ago,” said coauthor Nicolaj Krog Larsen, a professor at the GLOBE Institute at the University of Copenhagen, who first discovered the crater.