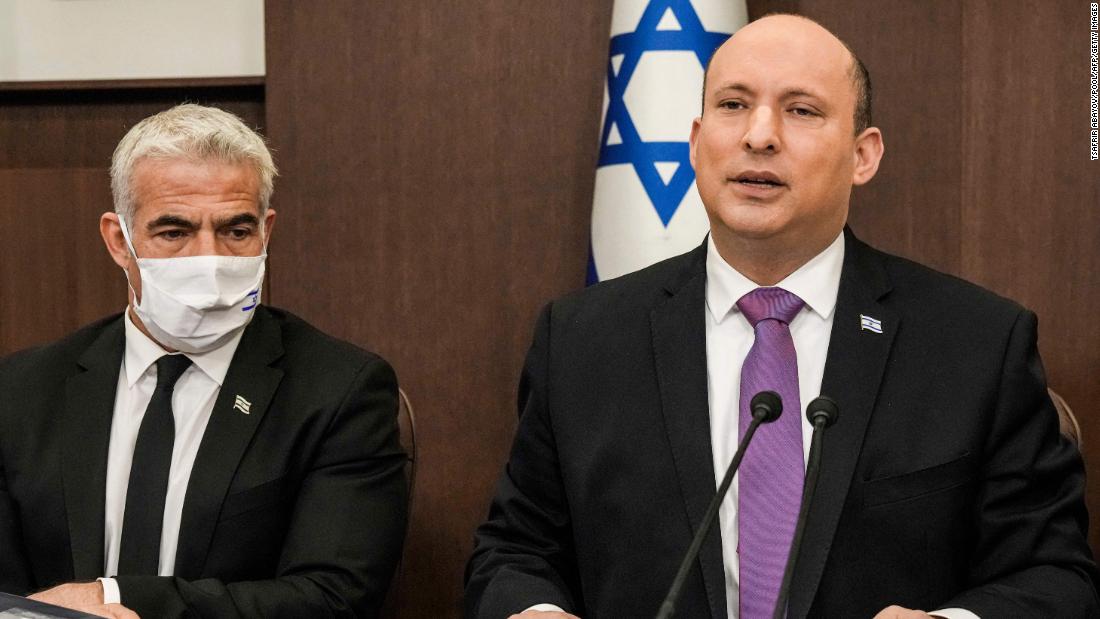 On the other hand is Prime Minister Naftali Bennett. Although he has called for a ceasefire, is sending humanitarian aid and has personally welcomed Ukrainian refugees landing in Israel, he has barely mentioned Russia or its President Vladimir Putin in public speeches.

And while the pressure has been building on Israel internationally and domestically to do more to help Ukraine and push back against Russia, Israel is arguing it should use its unique position as one of the few Western-allied countries that has an open channel of communication with both Ukraine and Russia.

Bennett is in regular contact with both Ukrainian President Volodymyr Zelensky and Putin, attempting to broker negotiations. An observant Jew, he broke Shabbat on Saturday to fly to Moscow for an unannounced meeting with Putin. On Shabbat, the Jewish sabbath, work and the use of electrical objects is forbidden from sunset on Friday to sunset on Saturday for those who observe it. But there’s a caveat in Jewish law that a rule can be broken if it saves a life.

How is Israel’s relationship with Russia?

Israel and Russia have had a relationship of convenience after re-establishing ties following the end of the Cold War.

Israel has a large Russian-speaking population. From the fall of the Soviet Union until the mid 2000s, more than one million immigrants arrived from the former Soviet Union under Israel’s “Law of Return,” which allows any Jew, or anyone with at least a Jewish grandparent, to obtain citizenship along with their families.

But beyond cultural connections, what Israel cares most about with Russia is its influence on Iran and its presence in Syria.

Russia is a party to negotiations to revive the 2015 Iranian nuclear agreement, which Israel opposes. Although his trip to Moscow on Saturday was focused on the Ukraine invasion, Bennett brought up Israel’s position on the deal as nuclear talks continued in Vienna, according to an Israeli official who spoke with CNN.

But in the more immediate view, Israel considers that its northern border with Syria, “for all intents and purposes is a border with Russia,” in the words of Lapid. “Because the Russians are there and there is security coordination with the Russians.”

Israel regularly carries out airstrikes on Iranian targets in Syria, which it regards as critical to prevent the transfer of precision-guided missile technology to Lebanon’s Hezbollah militant group.

Israel coordinates with the Russians ahead of strikes in Syria and there are concerns that if the relationship with Moscow goes sour, so does Israel’s freedom of action in Syria — something Israel sees as vital for its security.

How is Israel’s relationship with Ukraine?

Israel’s relationship with Ukraine is personal. As a European democracy with one of the few Jewish heads of state in the world, Israel sees itself as a natural ally.

Ukraine has a large Jewish population and Israel also hosts a large Ukrainian-born population. Economically, Ukraine provides at least 40% of Israel’s grain imports and is an important hub of outsourced engineering work for Israel’s high-tech industry.

Although some officials have condemned the invasion and Israel is providing humanitarian assistance, like a field hospital, and sending airplanes full of aid, it has stopped short of committing to providing military equipment.

Ukrainian ambassador to Israel Yevgen Korniychuk has decried Israel’s reluctance to provide even defensive equipment. At a press conference in Tel Aviv on Monday, he donned a protective helmet and asked the assembled journalists: “Please tell me, how [can one] kill with this thing? This is simply not possible. So, I don’t know what these people are afraid of.”

Where do things stand on Israel’s mediation attempts?

Even before hostilities began, Ukraine’s Zelensky had been asking Israel to host talks in Jerusalem. Bennett brought up the possibility when he met Putin in the western Russian city of Sochi in October, but the Russian president dismissed the discussion, according to an Israeli official.

After the invasion began, Zelensky again requested Israel mediate. The Israelis say they’re in regular contact with both the Ukrainians and Russians — Bennett spoke with Zelensky again on Tuesday afternoon. But speaking on Sunday after his surprise trip to Moscow, Bennett did not sound optimistic.

“We will continue to assist as needed,” he said. “Even if the chance is not great — as soon as there is even a small opening, and we have access to all sides and the capability — I see this as our moral obligation to make every effort.”

The United Arab Emirates and Israel will sign a broad trade and investment pact by the end of the month, the Gulf state’s ambassador to Israel tweeted on Wednesday.

At the foot of Egypt’s historic Mount Sinai, a construction boom near the ancient city of St. Catherine is angering residents and visitors, who for years have been drawn to the site’s quiet, nomadic lifestyle.

Now, President Abdel Fattah al-Sisi is completing his “Great Transfiguration Project” — a construction plan launched in 2021 that is aimed at developing the South Sinai governorate to boost its tourism profile.

The project is comprised of 14 plans that state-owned media says have been a longstanding demand by investors and residents.

Images on social media have for the past year shown bulldozers and cranes digging through the city’s rocky mountains — natural sites that for centuries have been left untouched. Activists have expressed worry over the work, saying it risks endangering local communities.

According to the Bible and the Quran, Mount Sinai is the site where Moses received his Ten Commandments from God, making the area of religious importance to Christianity, Islam and Judaism.

Dating as far back as the 6th century, the Monastery of St Catherine and its surroundings are listed as a UNESCO World Heritage site.

Residents say they are seeing multi-story buildings coming up, an alien scene in a city where scattered single-level homes define the Bedouin character.

“I feel upset, of course,” Yasmine Elkashef, a 51-year-old artist who moved to St. Catherine to escape the bustling capital Cairo, told CNN. “We come to St. Catherine for the authenticity.”

“We come here for tranquility because there is no pollution and very few residents,” she added.

“Egypt is destroying the town of Saint Catherine’s in Sinai,” Mohannad Sabry, a journalist and Sinai researcher, said on Twitter, “And it calls it development.”

Sabry called on UNSESCO to intervene, saying that while the work will “take decades to reverse,” it is not too late.

Egyptian Prime Minister Mostafa Madbouly said in September that the government has “taken into consideration the holiness of the site,” and has been in touch with environmental and antiquity experts throughout the renovation period.

The North African country’s tourism sector took a painful blow during the Covid-19 pandemic but it has seen some improvement after global restrictions were eased. South Sinai’s development is one of many projects aimed at reviving the tourism industry.

Photo of the day