Liga MX brawl: At least 26 injured as fights break out among fans at Mexican soccer game between Querétaro and Atlas 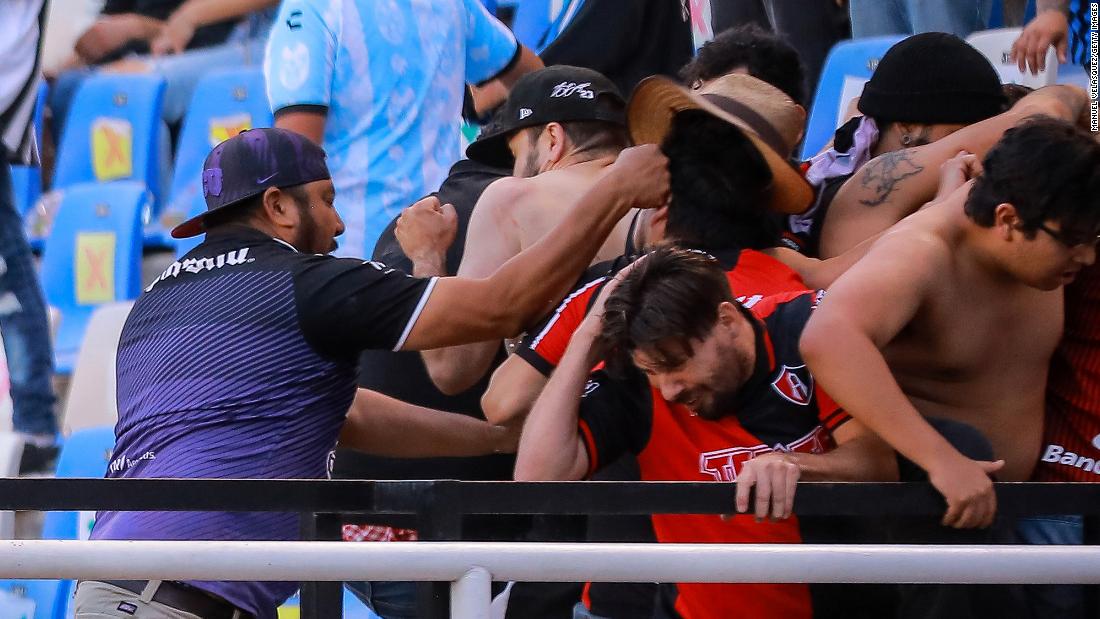 The Liga MX game between Querétaro and Atlas was abandoned in the second half as fights ensued in the Corregidora stadium.

According to Mauricio Kuri, the governor of the state of Querétaro, 24 men and two women were injured. Of those, Kuri said 10 sustained minor injuries and three were deemed in “critical” condition.

Photos from the game show fans, some of whom appear bloodied, brawling on the field and in the stands, throwing punches and hitting each other with objects.

“We utterly condemn the events that occurred today at the Corregidora stadium,” said a statement from Querétaro.

“We are in communication and coordination with authorities so that they act swiftly against anyone responsible for these events. As an institution, we condemn violence of any kind. We will keep updating.”

Atlas, the reigning champion of Liga MX, was winning 1-0 when the game was suspended.

“Atlas FC regrets and condemns the events that took place at the Corregidora stadium,” the club said in a statement.

“Soccer must promote values ​​and fun for the whole family. We ask that the appropriate authorities, the BBVA Mexico league and the FMF [Mexican Football Federation], thoroughly investigate up until the ultimate consequences, determine responsibilities for those involved and apply the full force of the law.”

The FMF said Saturday an investigation had been opened into the events during the game to “analyze and determine what appropriate measures should be taken.”

Liga MX president Mikel Arriola also said the league’s remaining ninth-round games scheduled for Sunday have been postponed in solidarity with those affected by the incidents in Querétaro.