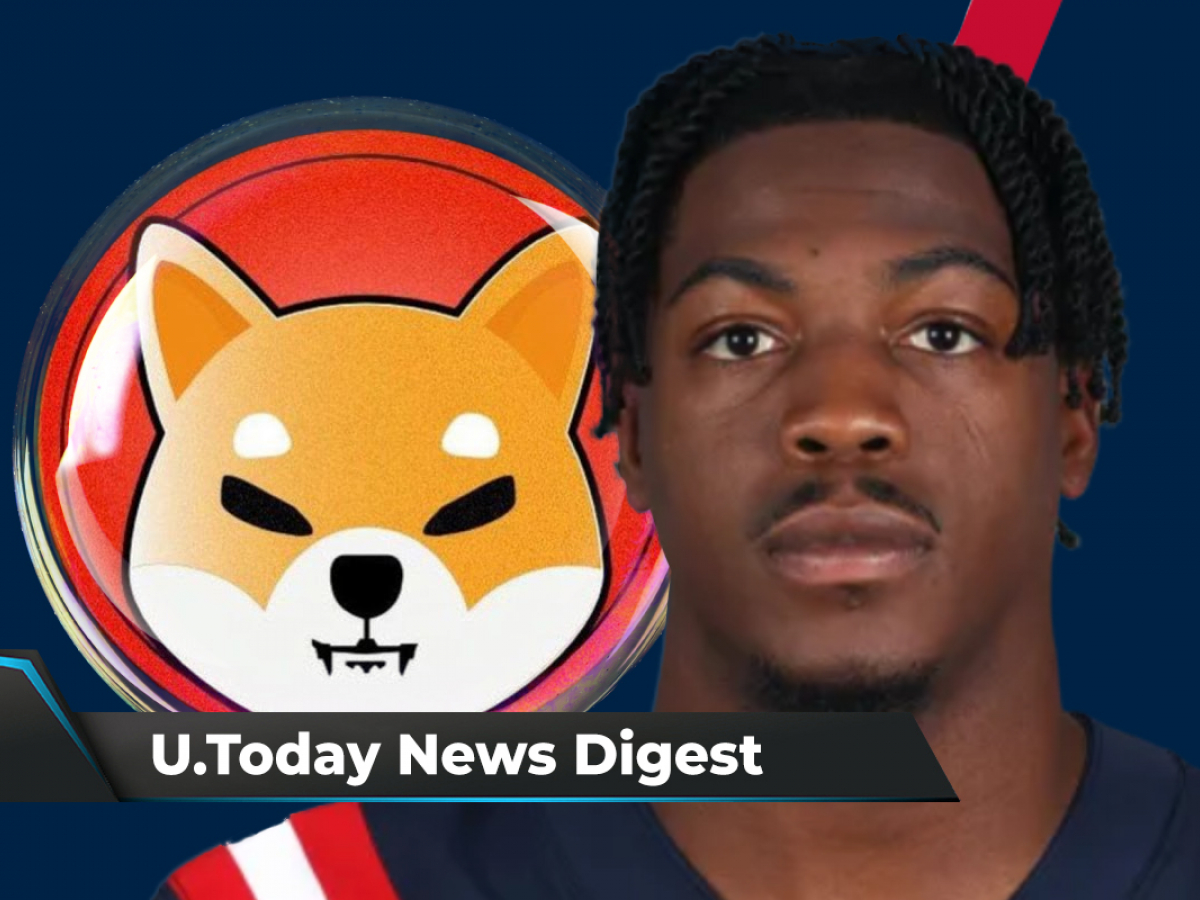 Read U.Today’s news digest to stay updated on the latest events in the world of crypto!

U.Today presents the top five news stories over the past weekend:

While Robinhood is in no rush to list the canine coin, its rivals are actively adding support for Shiba Inu. In late October, the meme coin appeared on Public.com, and last week, Canada’s leading online trading app also added the hottest cryptocurrency.

Brandon King mentioned Shiba Inu in his Twitter thread last week. The National Football League player has announced that he decided to increase his SHIB reserves. Other than that, there are not many tweets in King’s Twitter thread dedicated to Shiba Inu or any other crypto. Previously, a U.S. rapper, YouTube and Vine vlogger and comedian FunnyMike also tweeted that he bought 817.4 million SHIB worth $60,000.

Dogecoin co-founder Billy Markus opined on the hype that surrounds cryptocurrencies in one of his recent tweets. He believes that the hype does not last long since these “get rich quick people” dump their crypto as soon as they achieve their goal. Tesla CEO Elon Musk stepped in with a comment and supported Markus’ statement.

Geoff Lewis, founder of Bedrock Capital, criticized the Shiba Inu mania. He compared the meme token to Pets.com, a dot-com bubble from the late 90s. Lewis believes that SHIB is now exactly where the online pet store was in 2000 before its implosion, hinting at the coin’s eye-popping gains. Creative Planning CEO Peter Mallouk has also warned investors about the possible crash of the Shiba Inu price to $0 after the crypto’s market cap surpassed that of Deutsche Bank.

Shiba Inu, the white-hot meme coin, has recently surpassed Ethereum by Twitter followers, with 1.8 million people subscribed to its official account. However, SHIB is still far from being the most popular coin on Twitter. The official account of canine rival Dogecoin is followed by 2.4 million users.