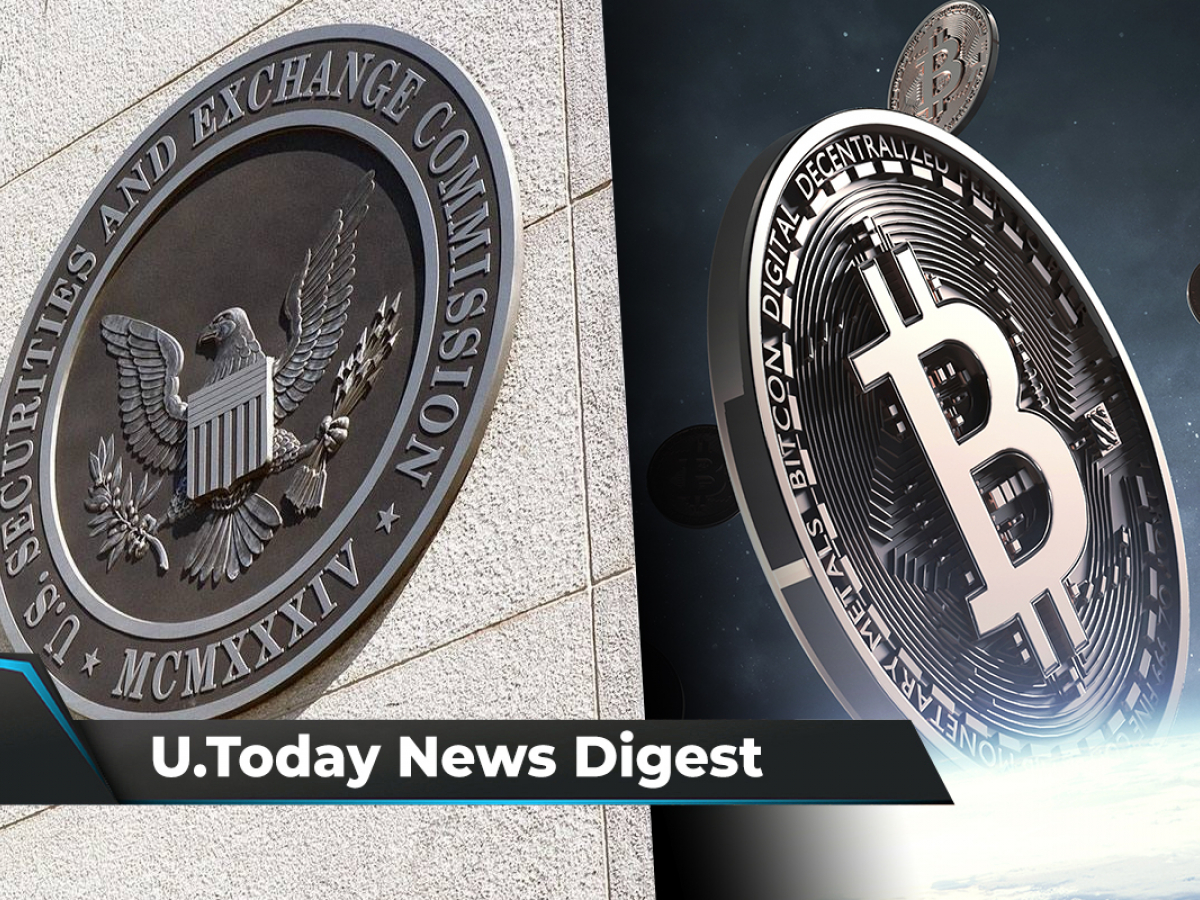 U.Today’s daily news digest keeps you informed on the most important updates of the crypto industry

U.Today presents the top four news stories over the past day. Take a closer look at the world of crypto!

After printing two big green candles yesterday, the flagship cryptocurrency, Bitcoin, has managed to surpass the $40,000 level, adding 7.33% to its value. The last time BTC climbed above this price mark was in early and late February. On Feb. 17, digital gold lost the $44,000 zone and began a sharp decline, hitting $34,750 on Feb. 24.

Apart from that, Glassnode’s Twitter account stated that the majority of Bitcoin wallet cohorts are actively accumulating Bitcoin, with smaller wallet groups being the most aggressive ones in buying BTC.

XRP enthusiasts who are carefully watching the development of the Ripple-SEC case are now looking to the future with optimism, as the expert discovery comes to a close. The discovery process has been postponed four times, from Oct. 12 to Nov. 15 last year before then being extended to Jan. 14 and 19, with a final shift to Feb. 28.

Previously, John Deaton, founder of CryptoLaw, predicted that the lawsuit might come to a favorable conclusion for XRP.

As told by Gurbir S. Grewal, the SEC’s enforcement director, to Reuters, the SEC has ruled out the possibility of introducing self-reporting amnesty for cryptocurrency companies. This means that those who have broken federal securities laws will not be given a free pass to come forward and agreeing to cooperate with the regulator. The SEC has been massively criticized by the crypto community for failing to provide sufficient regulatory clarity, despite the fact that cryptocurrencies have been present on the market for more than 10 years.

Bitcoin attempts recovery from dip, here is a positive sign to watch

According to Santiment, as traders wait for a breakout indication, Bitcoin has remained tightly tied to stocks. The on-chain analytics platform notes that decoupling from stocks and skewing toward gold might be a positive sign for a Bitcoin recovery. At the moment, Bitcoin is changing hands at $43,583, according to CoinMarketCap.