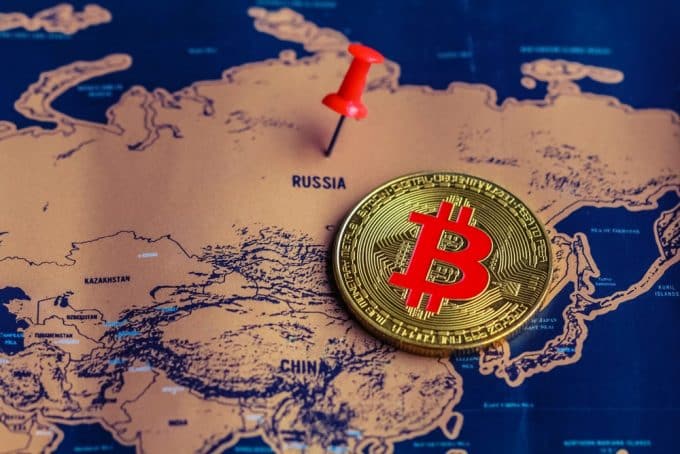 Bitcoin plunges below $40,000 in the early hours of the weekend and proceeded to backpedal in the face of escalating tensions on the Ukraine-Russia border, not to mention ongoing inflationary unease.

At the time of writing, the world’s most popular cryptocurrency was trading near $38,700, down 3.4% in the previous 24 hours and at its lowest level since February 3.

Bitcoin had been holding solidly above $40,000 in recent days, however Friday’s decline was the first time since February 4 that it fell back into the $30,000 region.

Ether and nearly all other major cryptocurrencies were down as well.

A probable misuse of OpenSea, the leading NFT platform, may have shooed away investors even further away from cryptocurrency.

Bitcoin’s price has been slowing in recent weeks following Federal Reserve Chairman Jerome Powell’s announcement that the central bank will begin hiking rates at its March meeting in response to persistent inflationary pressures.

More broadly, January’s significant BTC decline occurred following the stock market’s worst month since March 2020 and the issuance of the Fed’s long-awaited research on the possibility of a government-issued digital currency.

All of these concerns may have prompted investors to “reduce their exposure to crypto,” according to Joe DiPasquale, chief executive officer of fund manager BitBull Capital.

The price decline occurred as US intelligence revealed Russia is on the verge of attacking Ukraine.

On Sunday, US Secretary of State Antony Blinken stated that everything “appears to be taking place” in the run-up to the invasion.

Russian forces gathered near Ukraine’s border have received orders to invade, according to The Guardian on Monday, citing information from U.S. intelligence agencies.

As last week in Asia came to a conclusion, Chinese official media announced that the yuan, China’s currency, was comfortably flexing its muscles.

According to China’s media, the value of RMB payments climbed by nearly 11% in January, citing data from SWIFT, a Belgian cooperative society that acts as an intermediate and executor of financial transactions between banks from around the world.

As a result of the unexpectedly sluggish performance of the digital yuan during the Winter Olympics, RMB payments rose more than 10% versus December.

The RMB now accounts for 3.3% of all global transactions, up from 2% in November. On the other hand, the British pound accounts for 6.2% of global commerce.

… But The US Dollar Dominates

Interestingly, when it comes to digital currencies, the US dollar continues to reign supreme. Chainalysis stated in 2020 that $50 billion in cash went out of China in cryptocurrency, the most of it in dollar-pegged tether.

“Despite the United States’ declining share of global GDP, the dollar continues to dominate, most notably in the digital environment,” Bloomberg commodity strategist Mike McGlone stated in April last year.

Meanwhile, momentum indicators remain negative, showing that selling pressure has been constant over the last month for Bitcoin.

BTC failed to break above its 40-week moving average of $45,724, indicating a bearish bias.