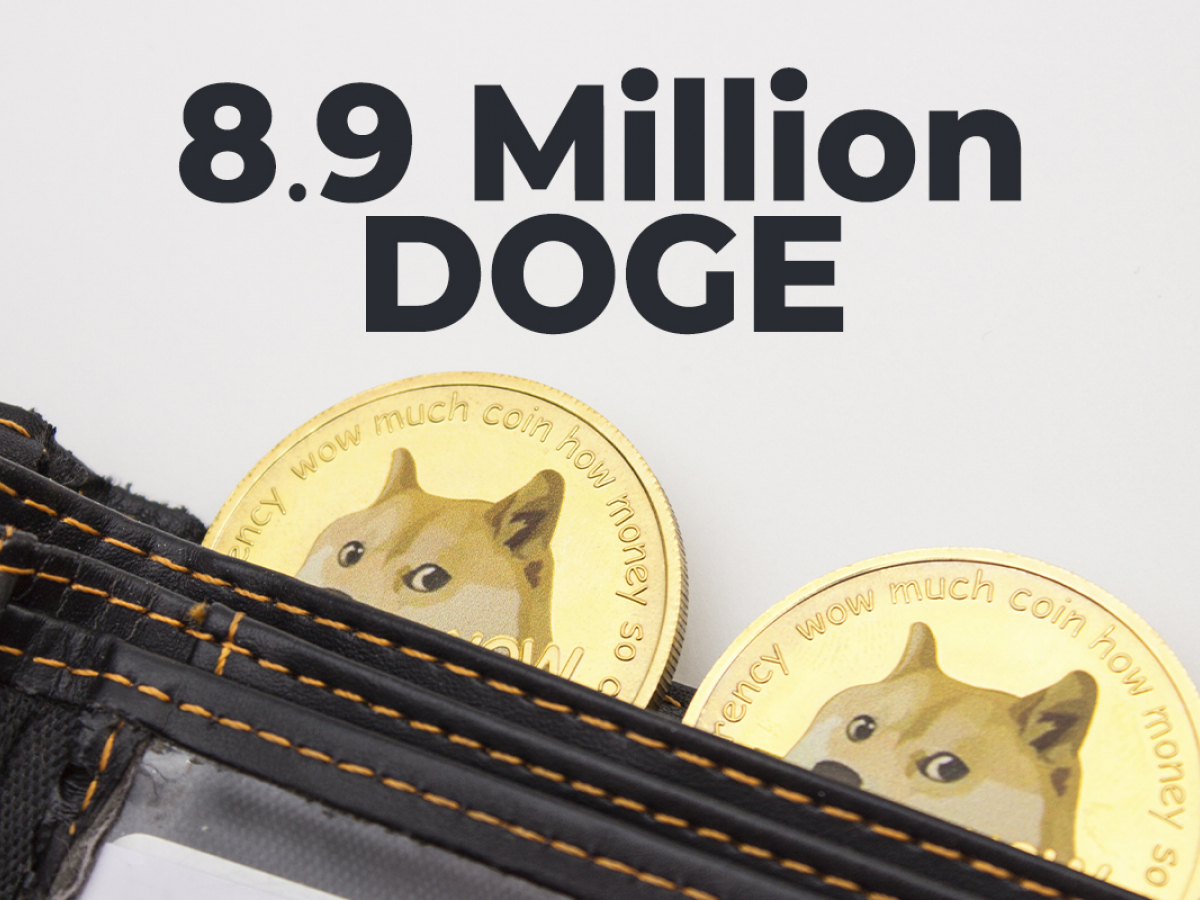 Large whale who holds his funds mostly in BNB has added almost 9 million Dogecoin to their portfolio, while other whales have shifted 361 million DOGE

WhaleStats has reported that slightly over three hours ago, the BNB whale in the top 100 among the largest 1,000 BNB whales purchased 8.9 million Dogecoin.

Meanwhile, an eye-popping 361 million DOGE have been shifted by other whales.

Ðogecoin Whale Alert has shared that in the past 10 hours, a lot more DOGE has been moved than the amount mentioned in the first part of the article.

Thus, more than 361 million coins have been shifted by Dogecoin whales in over a dozen transactions. The largest lump among them carried 100 million and 70 million DOGE.

Interest in Dogecoin is rising along with its price. At the time of writing, the original meme cryptocurrency is changing hands at $0.1656, rising over 5% in the past 24 hours, per data provided by CoinMarketCap.

Cofounder of DOGE, Billy Markus, has taken to Twitter to suggest a formula of crypto utility clear of “buzzwords.” He believes this is the ability to send money quickly and cheaply in order to buy goods and services. He apparently believes that this utility is demonstrated by Dogecoin.

beyond buzzwords, money that you can send quickly, inexpensively, and securely in exchange for goods and services has a pretty exceptional amount of utility

Another big milestone for DOGE community

As reported by U.Today earlier, the Dogecoin account on Twitter has reached a new milestone by surpassing three million followers. This is bigger than the rival Shiba Inu Twitter account with its 2.7 million subscribers.

In the past year, the DOGE account has seen staggering growth in followers by 681%.