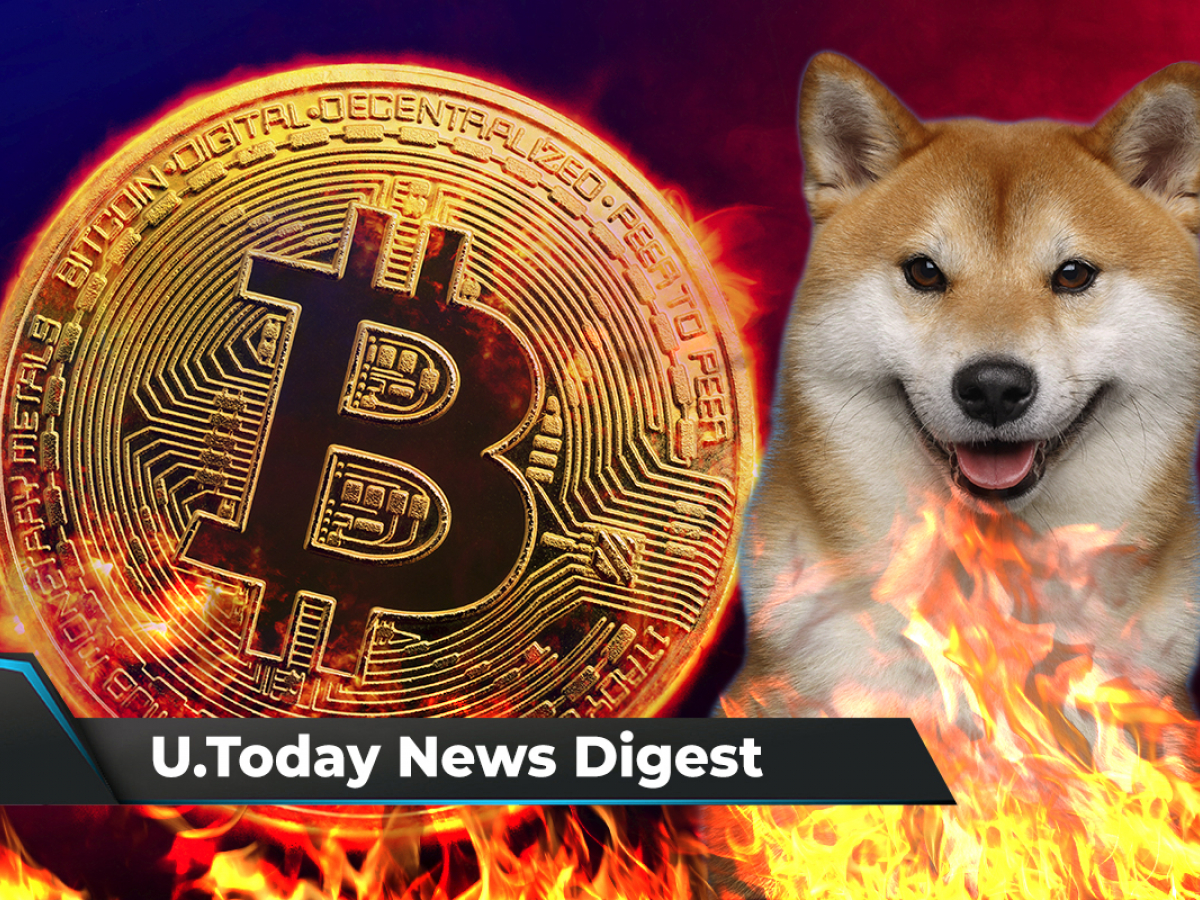 These top four news stories by U.Today will help you stay updated on crypto events from the past weekend.

Two reasons why Bitcoin soared above $41,000

According to recent on-chain data, this weekend, Bitcoin has managed to recover above the $41,000 level, with Ethereum surging back above $3,000. The bullish reversals of these top cryptos could be due to two reasons, analysts say. First, Bitcoin has recently been closely correlated with the Nasdaq Composite Index, which rose by more than 2%, possibly contributing to Bitcoin’s rise. Second, the volume of Bitcoin futures liquidations totaled only $100 million with $90 million of shorts liquidated, which means that the likely driver of the BTC and ETH price surge was the spot market since the market of crypto derivatives was relatively cold.

Data from etherscan shared by the Shibburn Twitter account demonstrates that on Saturday, almost 19 million SHIB were burned. The tokens were burned in 10 transactions made by various groups inside the SHIB community. At the moment, 41% of the total initial SHIB supply (1 quadrillion tokens) has been taken out of circulation.

Steven Cooper, the founder of Bigger Entertainment, has tweeted that on Feb. 14, a lot more Shiba Inu can be destroyed during another regular SHIB burn party. On Dec. 26, in a similar event, 239 million SHIB tokens were burned.

Another milestone has been reached by meme cryptocurrency Dogecoin: its official Twitter account has surpassed three million followers. For comparison, rival meme coin Shiba Inu has 2.7 million Twitter followers. At the moment, Dogecoin is the second-largest cryptocurrency on the popular social media platform, exceeded only by Bitcoin. Over the past year, the Dogecoin account recorded an eye-popping 681% increase in followers.

Shiba Inu and other smaller altcoins are witnessing a sudden price increase caused by the recovery of the altcoin market. While average investors are buying the asset, whales who control 26% of the supply stand to reap $100 million worth of profit. Whenever whales take control of the asset, its correction tends to stop as large wallets are continuously accumulating the token or coin instead of selling it. Today, SHIB spiked by more than 26% and is currently changing hands at $0.00003186.