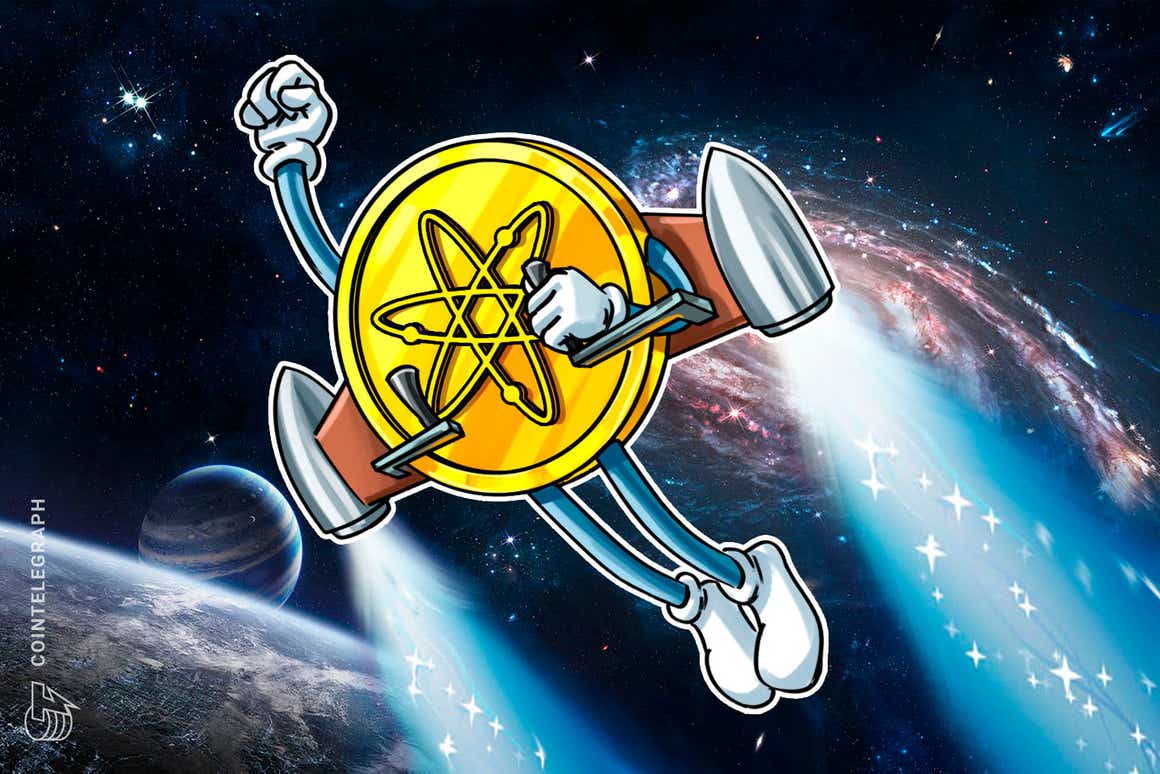 Blockchain network interoperability is shaping up to be one of the main themes for the cryptocurrency ecosystem in 2022. New users are continuing to onboard into the growing world of crypto while both new and established projects search for the chain that will best serve the needs of their protocol and community.

One project that has 2022 off to a bullish start thanks to its focus on facilitating the communication between separate networks is Cosmos (ATOM). This project bills itself as “the internet of blockchains” and seeks to facilitate the development of an interconnected decentralized economy.

Three reasons for the surging price of ATOM include the launch of a cross-chain bridge which makes the protocol Ethereum Virtual Machine (EVM) compatible and an upcoming Theta upgrade which will rapidly expand the ecosystem of connected chains and applications.

The most significant development that has provided a boost to ATOM is the rollout of Evmos, an EVM-compatible protocol that will allows assets and projects that operate on the Ethereum (ETH) network to migrate over to the Cosmos ecosystem.

@EvmosOrg is an application-agnostic @cosmos chain ⚛️@EvmosOrg will be interoperable with @Ethereum, EVM-compatible environments, and other chains via IBC, making it easy to move value across chains ⛓

Gravity Bridge, which launched on Dec. 15, is another project dedicated to facilitating the bridging of assets between Ethereum and Cosmos and currently it operates as a standalone chain. Plans to migrate to the Cosmos Hub in early 2022 are currently underway.

Preparing for the Theta upgrade

A second development that has put wind in the sails of Cosmos is the protocol’s upcoming Theta upgrade which is scheduled for March 31.

Some of the new features included in the upgrade include the addition of meta-transactions, where transactions can be submitted by separate accounts that receive tips and the introduction of inter-chain accounts which allow users to manage accounts across multiple blockchains. Another feature is liquid staking, a system where users utilize the value of staked assets in other parts of the Cosmos ecosystem.

The Theta upgrade also includes NFT modules, which enable the simple management of NFT identifiers, their owners and associated data.

A third reason for the bullish momentum of ATOM is ecosystem’s expansion to 28 live, interconnected chains that total more than $68 billion in total value.

Cosmos is the only cross-chain ecosystem in the world that uses an interoperability standard.#CosmosFactshttps://t.co/HwBEUuchyP pic.twitter.com/9b9YRyLfVS

Some of the more established chains that have joined the Cosmos ecosystem include the Binance Smart Chain, Terra (LUNA) and Crypto.com (CRO), while the biggest projects using Cosmos’ software development kit (SDK) include Osmosis (OSMO), Secret (SCRT), Oasis Network (ROSE) and Kava (KAVA).

As the bridge protocols linking Cosmos with other EVM-compatible networks are established, the number of chains connected to the Cosmos Hub is likely to increase. This will bring an increase in the total value of the ecosystem along with it.

VORTECS™ data from Cointelegraph Markets Pro began to detect a bullish outlook for ATOM on Dec. 29, prior to the recent price rise.

The VORTECS™ Score, exclusive to Cointelegraph, is an algorithmic comparison of historical and current market conditions derived from a combination of data points including market sentiment, trading volume, recent price movements and Twitter activity.

As seen in the chart above, the VORTECS™ Score for ATOM began to pick up on Dec. 28 and climbed to a high of 81 just as the price began to increase 67% over the next six days.