What are Russian oligarchs and why do they have targets on their backs? 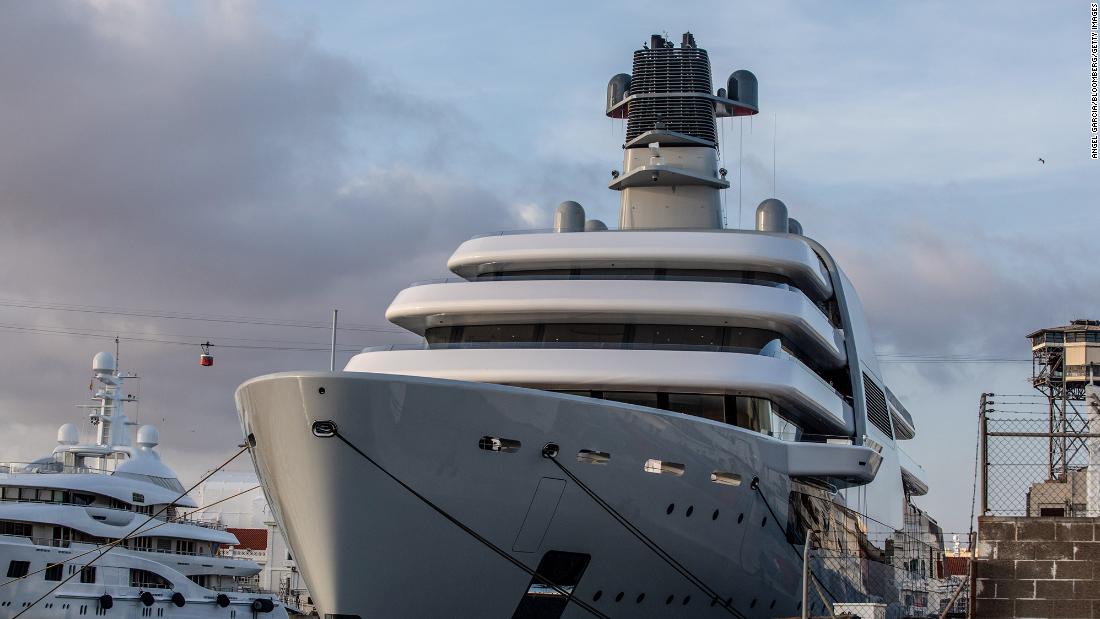 In his first State of the Union address Tuesday night, President Joe Biden addressed Russian President Vladimir Putin’s cronies directly, telling them that the United States and its allies are coming to “seize your yachts, your luxury apartments, your private jets.”

The message underscored how much the ground is shifting beneath the well-heeled feet of Russia’s oligarchs, a class of businessmen who amassed their billions in personal wealth by leveraging their connections to the Kremlin in the 1990s carve-up of the former Soviet Union’s assets.

Since Putin’s invasion of Ukraine, Western governments have sought to freeze the oligarchs’ overseas assets along with Putin’s, as well as prevent them from traveling. The goal is two-pronged: Sanctions act as both a punishment for Russia’s ruling class and a cudgel to try to force Putin to back down.

It’s safe to say the sanctions have, at least so far, successfully grabbed the oligarchs’ attention.

Roman Abramovich, a 55-year-old worth an estimated $13.5 billion, on Wednesday announced he is selling his beloved Chelsea Football Club, which he acquired in 2003. Even though Abramovich has not yet been named on sanctions lists, UK lawmakers are pressuring leaders to do so. The tycoon is reportedly offloading some of his London properties in anticipation of sanctions.
“He’s terrified of being sanctioned, which is why he’s already going to sell his home tomorrow and sell another flat as well,” British lawmaker Chris Bryant said, according to Bloomberg.
The oligarchs are on the move, and we know that in part because of a 19-year-old from Florida who built Twitter bots that track the movements of roughly 40 planes and helicopters linked to Russian oligarchs. (This is the same 19-year-old who made headlines earlier this year for refusing Elon Musk’s request that he take down a bot devoted to the Tesla CEO’s jet.)

Earlier this week, at least four superyachts owned by Russian billionaires with ties to Putin were spotted moving toward Montenegro and the Maldives, CNBC reported. Maldives, an island nation in the Indian Ocean, does not have an extradition treaty with the United States, which could boost its appeal as an oligarch haven.

Unfortunately for the Russian elite, other previously safe harbors are increasingly shutting them out. Monaco, the tiny principality in the French Riviera that’s become a playground for Russia’s wealthy, adopted sanctions identical to the EU’s on Tuesday. And famously neutral Switzerland also sided with the EU this week, announcing it would close its airspace to flights from Russia and impose entry bans against a number of Putin cronies.

Of course, experts say enforcing sanctions on the tycoons won’t be swift or simple. Savvy billionaires who built their wealth under an authoritarian government are adept at obscuring their assets through layers of shell companies and cronies.

“If you’re a Russian oligarch floating on your yacht in Indian Ocean, most of your money’s already going to not be in your own name,” said Alison Jimenez, president of litigation consulting firm Dynamic Securities Analytics. “You’re going to have the opaque layering of shell corporations with dummy people standing in for you.”

That may take some of the punitive bite from the Western sanctions. “You can seize the boat, you can seize the plane, but they have money stashed all over the globe,” Jimenez says. “If you manage to capture 75% of it, they’re still going to be more wealthy than everyone else in the world.”

But the pressure appears to be having a psychological impact, if not an immediate monetary one.

This week two prominent tycoons, Mikhail Fridman and Oleg Deripaska, broke ranks with the Kremlin and called for an end to Russia’s war in Ukraine.

Fridman, who was born in western Ukraine and has been closely linked to Putin’s inner circle, wrote in a letter to his staff that he wanted the “bloodshed to end.” Fridman is the chariman of Alfa Group, a private conglomerate that spans banking, insurance, retail and mineral water production.

His call for peace was echoed by Deripaska, who made his fortune in the aluminum business. “Peace is very important! Negotiations need to start as soon as possible!” Deripaska said Sunday in a post on Telegram.