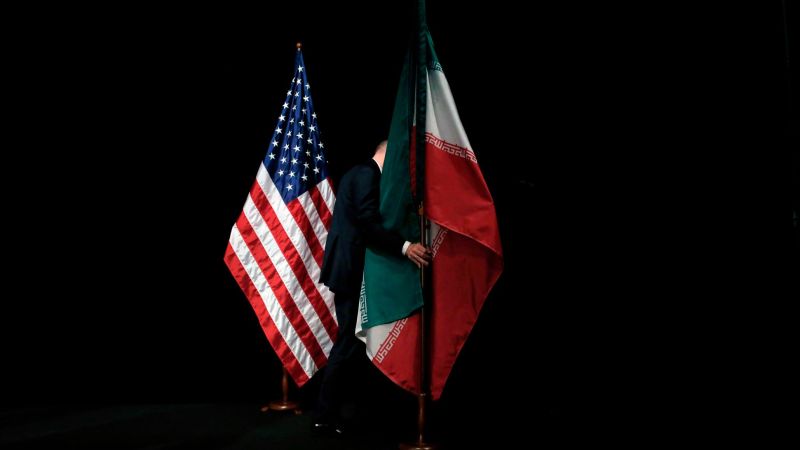 The Biden administration is inching closer to an agreement to salvage the Iran nuclear deal but there are still a number of unresolved issues that could cause the efforts to fail, a senior administration official and State Department spokesperson told CNN.

“While there has been significant progress and we are close to a possible deal, a number of very difficult issues remain unresolved,” the spokesperson said this week when asked about the progress in the talks.

Another administration official warned that “nothing is agreed until everything is agreed.” Iranian experts point out that while the sticking points at the negotiating table have reduced, there is always a chance new issues will emerge at the last minute.

CNN previously reported that the Biden administration had rhoped to reach a new deal by the end of February, so the pressure is on to reach a breakthrough in the coming days.

US special envoy to Iran Rob Malley remains in Vienna, Austria, where Iran and the United States are engaged in a final round of indirect talks – mediated by China, Russia and European parties to the agreement – over a return to the 2015 deal, known as the Joint Comprehensive Plan of Action (JCPOA) that put verifiable limits on Iran’s nuclear program designed to prevent the country from obtaining a nuclear weapon.

Iran has increasingly broken away from its commitments under the agreement, and many believe it would be able to quickly develop nuclear weapons and pose a serious threat to security and stability in the Middle East if there isn’t a breakthrough soon.

Still, the ultimate fate of the deal – one of President Barack Obama’s signature foreign policy accomplishments that President Donald Trump walked away from in 2018 – could end up as one of the most consequential foreign policy legacies of the Biden administration, beyond the end game of Russia’s war in Ukraine.

A new deal could keep Iran from becoming a nuclear power – or, as critics contend, give Iran newfound power in global affairs at a dangerous moment. The Biden administration believes that failure to salvage a deal would risk Iran obtaining a nuclear weapon, even in the face of crippling sanctions.

On Capitol Hill, Democratic lawmakers who supported the original Iran nuclear deal say it’s clear there are still issues that need to be resolved. They say they’re still hopeful that the negotiators can get there – but aren’t sure if it will happen.

“It feels like it’s been a little bit of a roller coaster the last 10 days. My impression is there’s still sticking points,” said Sen. Chris Murphy, a Connecticut Democrat. “Given the briefings we’ve received on the state of Iran’s nuclear program, it would be insane for the United States not to get back in a deal – if a deal is there to be had.”

Sen. Ben Cardin, a Maryland Democrat, said, “I think there’s still hurdles. And so I don’t think it’s immediate, but I think there’s been progress made. I’ve expressed major concerns.”

“You can’t put it back together again as it was in 2015,” he added. “So it’s difficult to figure out how do you modernize the deal comparable to where it was before.”

Sen. Chris Coons, a Delaware Democrat, said he’s not sure how some of the biggest points of contention – Iran’s release of hostages, the waiving of US sanctions – can be reconciled.

“I’m amazed it’s gotten this far,” Coons said. “But look, if they decide their survival depends on sanctions relief, we should push pretty damn hard for a tough deal.”

Some experts believe the increase in energy prices in the wake of Russian President Vladimir Putin’s invasion of Ukraine could impact the negotiations.

About one million barrels of Iranian oil each day are taken off the global market, according to Henry Rome, who covers Middle East politics as deputy head of research at the Eurasia Group. He said if a deal is agreed, Iran would be able to increase its production over the course of a few months to bring most of those barrels back online, in addition to quickly releasing a substantial amount of oil that it currently has in storage.

“I think the overall Ukraine crisis puts a lot of pressure on Western governments to get a deal sooner than later, although it also probably is encouraging Iran to ask for more,” Rome said. “If there’s a deal, it would provide some important relief to an extremely volatile energy market.”

Earlier this week the US and its allies agreed to release 60 million barrels of oil from their reserves.

“Russia’s destabilizing actions have made the world a more dangerous place. We cannot, and will not, allow Iran to make it worse by acquiring a nuclear weapon,” said the State Department spokesperson when asked about any correlation between the Vienna talks and the Ukraine crisis.

Russia’s representative in Vienna, Mikhail Ulyanov, on Thursday suggested the talks are close to a conclusion.

“A very useful meeting this evening with the chief Iranian negotiator Dr. Ali Bagheri Kani. We discussed what else needs to be done to finalise the #ViennaTalks on #JCPOA,” he tweeted. On Wednesday, he said that the talks were “almost over.”

Many Iran experts are closely monitoring IAEA Director-General Rafael Mariano Grossi’s planned visit to Tehran for meetings with senior Iranian officials on Saturday. They believe that one of the few existing sticking points with Iran is resolving outstanding issues related to IAEA inspections in the country.

Concerns continue to mount, particularly in Congress, about the Biden administration agreeing to a deal that gives too much to the Iranians and does not build in strict controls on Iran’s nuclear program.

Gabriel Noronha, a former State Department official who worked on Iran during the Trump administration, said he is hearing from current government officials who are voicing concerns about the possibility of the US lifting sanctions on certain Iranian individuals.

“My former career @stateDept, NSC, and EU colleagues are so concerned with the concessions being made by @RobMalley in Vienna that they’ve allowed me to publish some details of the coming deal in hopes that Congress will act to stop the capitulation,” he wrote Wednesday on Twitter, citing concerns that the Biden administration is planning to rescind an executive order signed by Trump, which sanctioned Iranians in the office of the supreme leader.

The State Department spokesperson said the administration would not negotiate in public or respond to specific claims about sanctions they might lift as part of a mutual return to full implementation of the JCPOA.