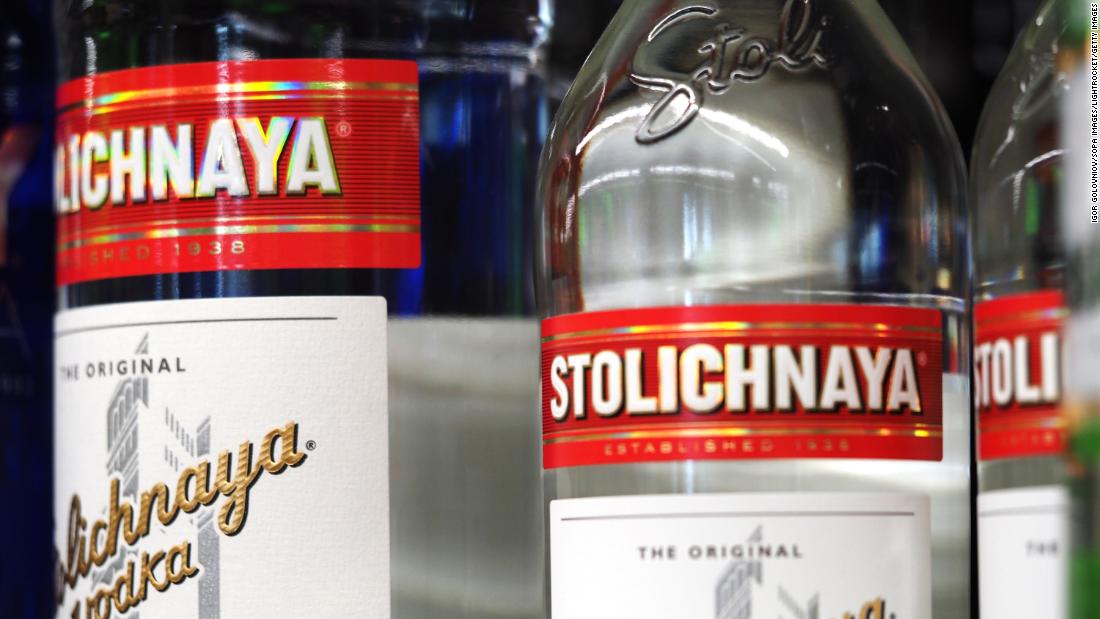 The vodka, famously marketed as Russian, will now be sold and marketed simply as Stoli, the company said in a statement.

Stoli Group’s founder, Russian-born billionaire Yuri Shefler, was exiled from that nation in 2000 because of his opposition to Putin. The liquor has long been marketed as Russian vodka, but its production facilities have been in Latvia since that year. Stoli Group is a unit of Luxembourg-based SPI Group.

The company also cited its employees’ desire to take action and to accurately represent the vodka’s Latvian roots.

Earlier this week, Stoli Group announced it would only use Slovakian sources to make sure that none of its ingredients are sourced from Russia.

Officials in states from Ohio to New Hampshire have called on liquor stores to remove Russian-made or Russian-branded products from their shelves — which in most cases, means vodka. Some bar owners have even dumped out Stoli vodka in protest.
These boycotts and protests are unlikely to have much impact, however. Russian-made vodka accounts for a very small percentage of the roughly $7 billion in annual vodka sales, according to the Distilled Spirits Council (DISCUS), a national trade organization that represents spirits makers.

In the United States, less than 1% of vodka consumed is produced in Russia. More than half of all vodka consumed domestically is actually made in the US, according to data from IWSR Drinks Market Analysis, a global firm that tracks alcohol sales.