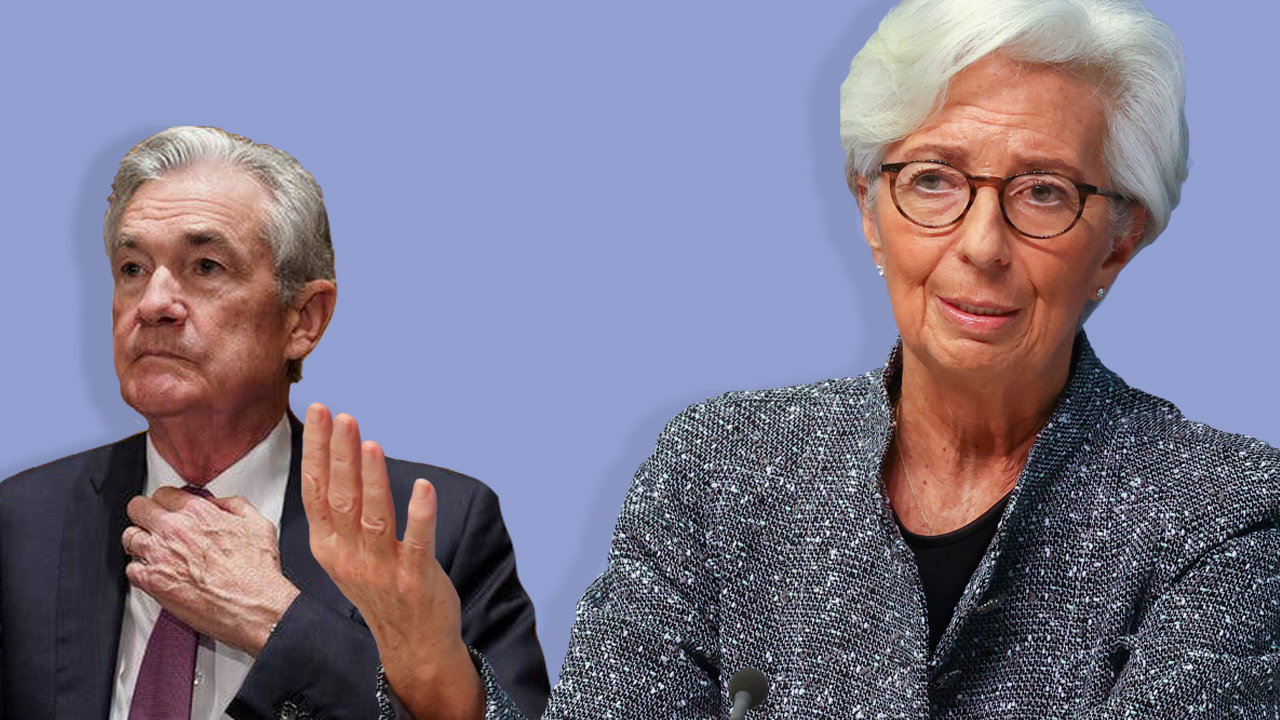 A recently published Reuters poll suggests the European Central Bank (ECB) may wait until the last quarter of the year (Q4) to raise its first interest rate in over ten years. The poll’s author details that after the conflict in Ukraine, “fewer economists” predict the ECB will raise the benchmark bank rate earlier. Moreover, a number of financial institutions worldwide are betting on the Federal Reserve’s rate hike time frame, and how high rates will jump this year.

Amid the Conflict in Ukraine, Economists Bet on European Central Bank Rate Hikes

While the conflict in Ukraine continues, economists and financial analysts are debating on whether or not central banks will hike interest rates this year. Over the last two weeks, since the warfare started, economists have said it’s possible specific central banks may not raise rates or taper large asset purchases while the war persists. On March 6, 2022, Reuters, the international news agency owned by Thomson Reuters, published a poll that suggests the European Central Bank (ECB) will wait until Q4 to raise rates.

Authors Swathi Nair and Jonathan Cable say the consensus stems from a “slight majority of forecasters.” Despite rising inflation in Europe, the poll’s findings highlight that 27 of 45 polled participants agreed that the ECB would wait until the last months of 2022. Reuters ran the current poll between March 1-4, while the news agency published the same poll question to economists last month. After the incident in Ukraine, “fewer economists” are forecasting the ECB to raise rates sooner.

“Only six economists expected the first hike to come sooner, in the third quarter, down from 16 in a poll last month,” the study details. Debates and betting on whether or not the ECB will raise interest rates at the March 10 policy meeting have heightened. In a client note, economists from Rabobank said the war should not change the ECB’s goals. “The war hasn’t really changed the difficult combination of inflation and growth risks, it has only exacerbated it,” Rabobank economists told Reuters. The economists’ client note added:

Therefore, logically, it should not fundamentally change the ECB’s plans to cautiously and gradually withdraw some accommodative policies.

In addition to discussions about the ECB possibly raising rates this year for the first time in a decade, the Federal Reserve’s possible rate hike is a hot topic as well. The U.S. Federal Reserve is expected to raise the benchmark interest rate in America this month, but the war in Ukraine may postpone this decision. Prior to the conflict in Europe, a slew of global investment banks predicted several rate hikes this year.

In mid-February, Goldman Sachs Group Inc’s economists said they predicted seven quarter-point increases by the year’s end. Another report notes that Citi expects the bank to add 150 basis points (bps) in 2022 and BNP Paribas is expecting six rate hikes with an aggregate of 150 bps added. Morgan Stanley’s prediction is the same as BNP Paribas and JPMorgan thinks the Fed will go as high as 175 bps. HSBC is estimating that the Fed will add a 50-bps this month, and another four more hikes this year.

Meanwhile, with people predicting the Fed’s and the ECB’s decision to raise interest rates, the process of large-scale bond purchases stemming from both banks will reportedly end this month. According to the U.S. Federal Reserve, the bank plans to “purchase approximately $20 billion over the monthly period” that started on February 14 and will end on March 11. The ECB’s pandemic-related stimulus program leveraged 20 billion euros to purchase bonds and the buying is expected to halt this month.