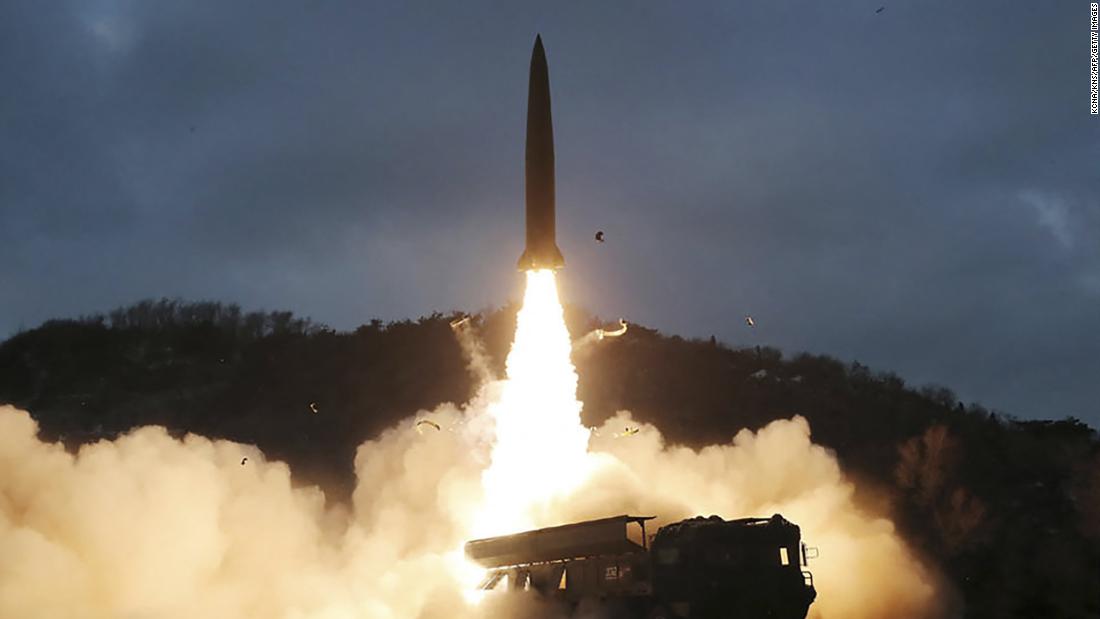 International tension has been rising over a recent series of North Korean ballistic missile tests, actions long banned by the United Nations Security Council. January was a record month of such tests, with at least seven launches, including a new type of “hypersonic missile” able to maneuver at high speed.

Also among the tests was the first firing since 2017 of a Hwasong-12 intermediate-range ballistic missile, capable of striking US territories in the Pacific Ocean.

It also cited the Hwasong-15, the longest-range intercontinental ballistic missile (ICBM) ever launched by North Korea, which hasn’t been fired since its first test in 2017, and is believed to have the range to deliver a nuclear warhead anywhere in the US.

“In today’s world where many countries waste time dealing with the United States with submission and blind obedience, there’s only our country on this planet that can shake the world by firing a missile with the US mainland in its range,” it said.

“There are more than 200 countries in the world, but only a few have hydrogen bombs, intercontinental ballistic missiles, and hypersonic missiles,” it said.

Asked to comment, the US State Department repeated past statements that it harbored no hostile intent towards North Korea and urging a return to dialog, calls Pyongyang has persistently ignored.

“The United States has a vital interest in deterring (North Korea), defending against its provocations or uses of force, limiting the reach of its most dangerous weapons programs, and above all keeping the American people, our deployed forces, and our allies safe,” the spokesperson said.

Jenny Town, director of 38 North, a Washington-based North Korea program, said the fact that North Korea’s statement came from its Foreign Ministry probably made the statement less threatening than if might appear. “The formulation is very passive. Not that they will do it, but that they can,” she said.

North Korea celebrated the anniversary of the founding of its army on Tuesday, a holiday that has occasionally featured major military parades with missiles and other weapons in previous years.

There were no reports of a parade this year, however, and state media said the day was marked by senior military leaders visiting the mausoleum of the country’s former rulers, among other events.

US and South Korean officials have said they fear the launch of the Hwasong-12 on January 30 could be a step toward fully resuming tests of North Korea’s ICBMs or nuclear weapons. North Korea has not conducted a nuclear test or fired an ICBM since 2017.

The United States called on North Korea on Monday to defund its nuclear and ballistic missile programs and prioritize the needs of its own people.

A Washington think tank said on Monday it has identified a military base close to North Korea’s border with China that is likely intended for stationing ICBMs.

Talks to persuade Pyongyang to give up or limit its arsenal in return for sanctions relief have been stalled since 2019.