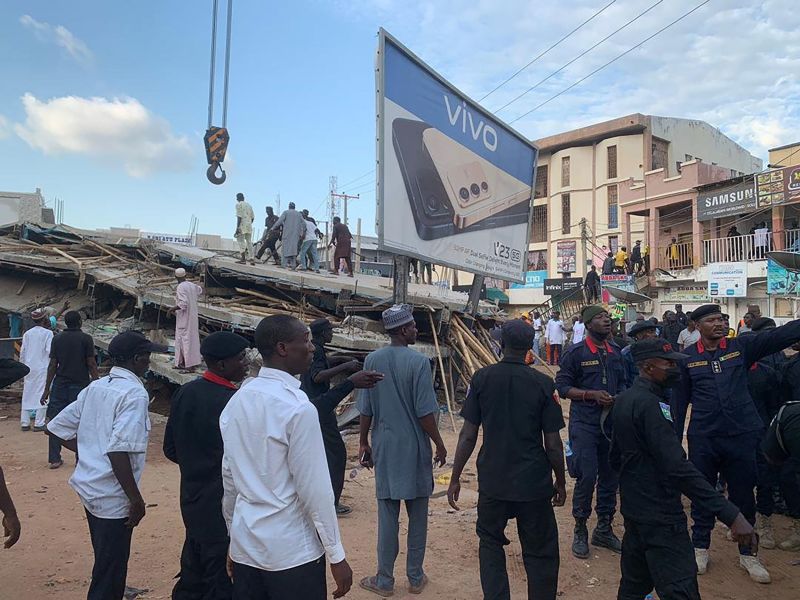 At least one person was killed after a multiple-story building collapsed in the northwestern Nigerian city of Kano Tuesday, which left “many” others feared trapped inside, according to the local fire service.

Eight people had been rescued from the rubble so far, including a person who was declared dead at a local hospital, Nura Abdullahi, the local coordinator for the country’s National Emergency Management Agency (NEMA), said Tuesday.

One person was critically injured, he said. Six others were taken to hospital and then released.

“The building was under construction but the ground floor was occupied,” Abdullahi told CNN, adding that it is believed that people were shopping there when the building collapsed.

The building is located at the Beirut GSM market, popular for shops selling mobile phones and related accessories.

Three excavators were at the scene assisting with the rescue operation, Abdullahi said. It was unclear how many people are feared to be trapped inside the rubble, he added.

Building collapses are a worryingly common occurrence in the country.

Last November, at least 5 people were killed after a multi-story building collapsed in the capital, Lagos.

And in 2019, the collapse of two separate buildings in Lagos, including one housing a school, left dozens of people dead.

An expert told CNN at the time that more than 1,000 buildings were at risk of collapsing in the capital.