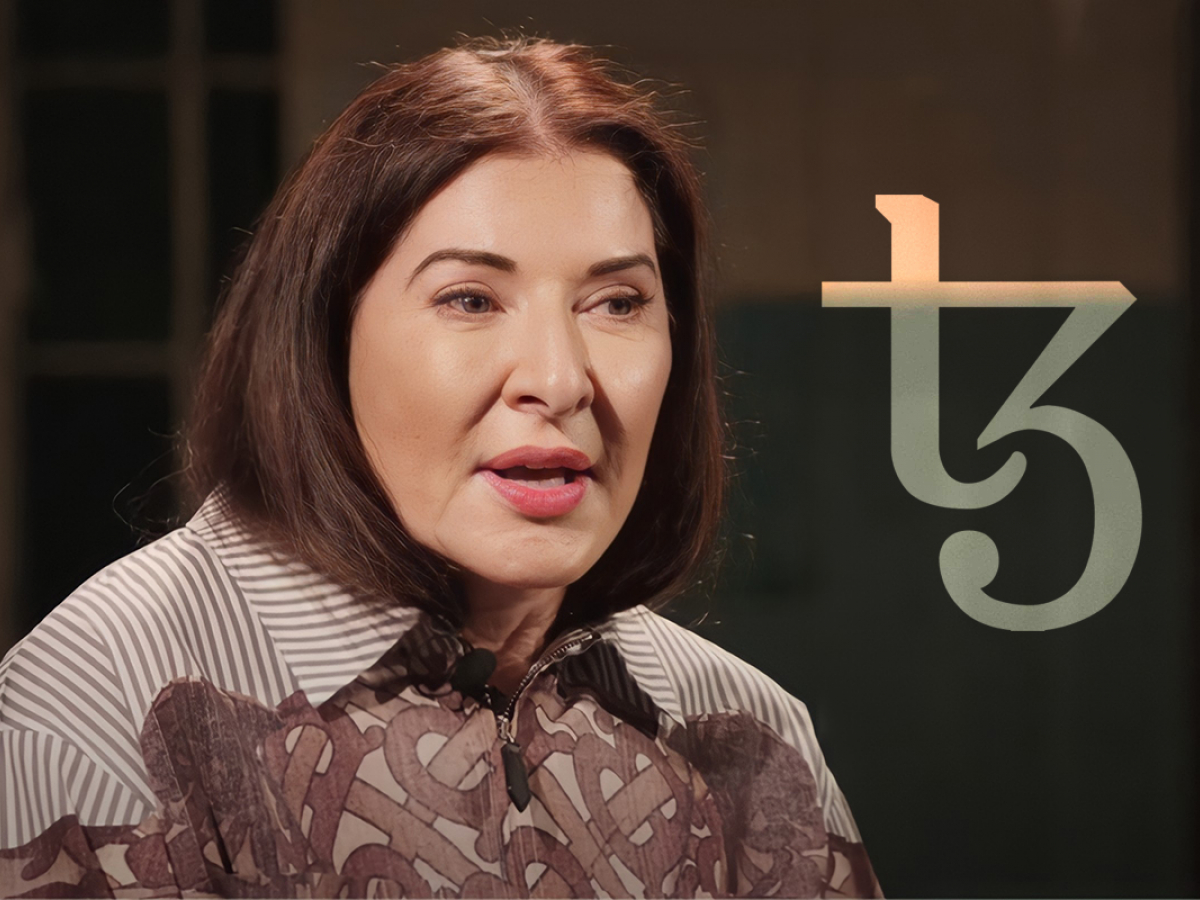 In a new release on Tezos (XTZ) blockchain launched together with the Cultural Institute of Radical Contemporary Art (CIRCA), Ms. Abramović demonstrates one of her most personal and autobiographical works.

According to the official announcement shared by the team of high-performance blockchain Tezos (XTZ), world-renowned artist Marina Abramović is ready to release The Hero 25FPS NFT drop on its technical basis.

Catch up on the event here:https://t.co/zLPeMg0xbQ

Her work, The Hero 25FPS will be released as both a .jpg image and a .gif video. Initially, it is the footage of a steadfast woman astride a white horse holding a white flag.

The artwork is set to be a symbol of protest against today’s backdrop of global instability, international tension and climate breakdown.

Previously, this artwork was displayed through a CIRCA global network of screens in London, Seoul, Milan, Berlin, Japan and New York City. This hotly anticipated NFT release is part of a three-month CIRCA presentation designed to introduce the most eccentric developments of modern art.

Marina Abramović stressed that Tezos (XTZ) was chosen for this unusual release for its eco-friendliness, carbon-neutrality and resource-efficient design:

Our planet needs uncorrupted heroes with morality, who embody courage and bring real change. Every day in this world is a shaky, uncertain, constantly changing landscape. For CIRCA 2022, we have this white horse. This white flag. This beautiful land. We need heroes that can bring new light to illuminate us. Heroes that can inspire us to be better, and to work together, not against each other. Heroes who care (…) Energy consumption is really important. I don’t want it to be

Tezos (XTZ) is well known as a technical basis for numerous major NFT marketplaces, including fx(hash), objkt.com, teia.art and versum.xyz.

Also, Tezos (XTZ) hosts the eccentric DOGAMÍ, a unique on-chain game with NFTs where people emulate their experiences with 300 breeds of dogs.