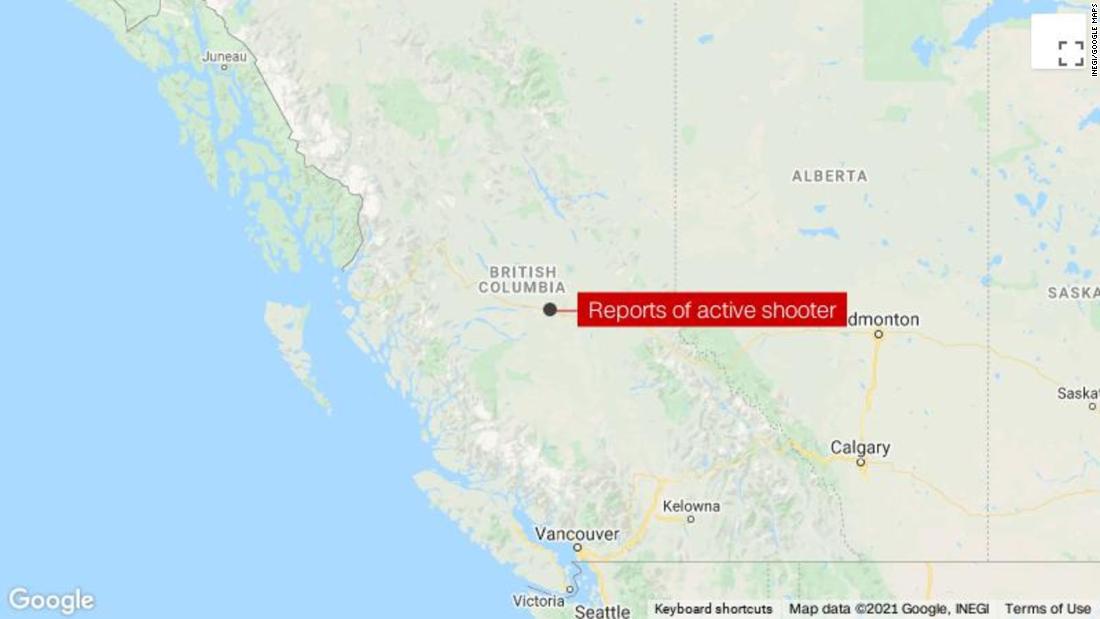 Police instructed people to shelter in place, lock their doors and refrain from leaving their business or home, according to the RCMP, after reports at 12:26 PT of an active shooter driving a Ford pickup.

“A brief pursuit was initiated, during which a police vehicle was rammed,” police said. “The suspect was then arrested without incident.”

Officers and specialized units were deployed in response. No injuries were reported in the incident, according to the RCMP.

A lockdown has been lifted as there is no indication of any ongoing threats to the public, according to British Columbia RCMP spokesperson Cpl. Madonna Saunderson.