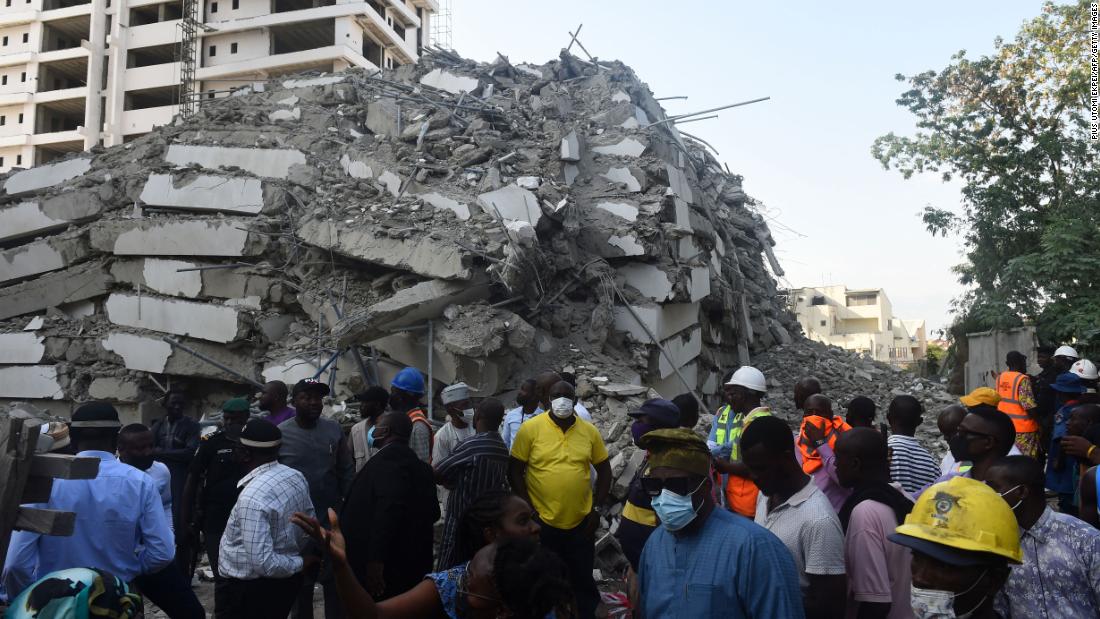 Anxious family members and large crowds gathered near the site of the incident hoping to hear news on the fate of those still trapped under chunks of masonry and mangled steel where the building once stood.

National Emergency Management Agency coordinator for Lagos Ibrahim Farinloye told Reuters via text message that the death toll had climbed to 22 after several bodies were recovered overnight. Nine people were pulled out alive.

Building collapses are frequent in Africa’s most populous country, where regulations are poorly enforced and construction materials often substandard.

The Lagos state government said there had been some building infractions during construction earlier this year but did not say whether these had been rectified.

The state’s chief architect was on Tuesday suspended indefinitely as the government launched an independent investigation into the causes of the collapse of what was planned to be a high-end apartment block. The results of the probe will be made public.