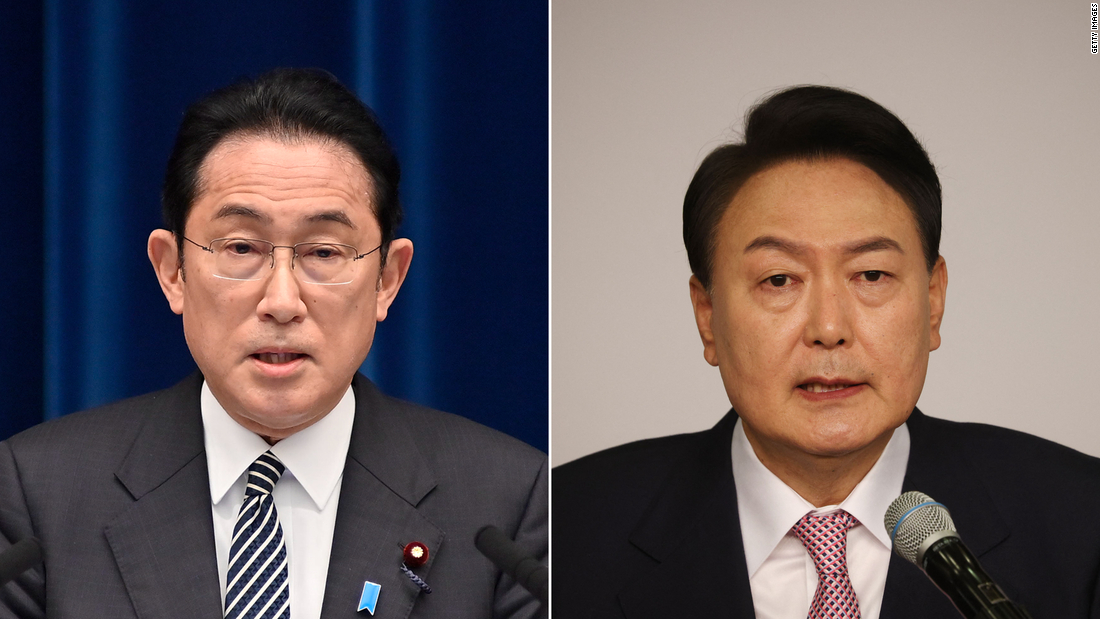 Kishida told reporters after a phone call with Yoon the two agreed to stay in close contact over North Korea and shared the view it would be good to meet as soon as possible.
North Korea recently used what is believed to be a new intercontinental ballistic missile (ICBM) system in two secretive launches, likely paving the way for a resumption of long-range tests, US and South Korean officials said on Friday.

Kishida said pretty much all diplomatic options are open in dealing with North Korea, possibly including sanctions, and that Japan will stay in close contact with the US and South Korea on any response.

A spokeswoman for Yoon, who won Wednesday’s presidential election, said he expressed hopes for greater trilateral cooperation involving the US in dealing with North Korea.

Relations between the two neighbors have been strained over issues stemming from Japan’s 1910-45 colonization over the Korean peninsula, including victims of Japan’s forced labor and mobilization of wartime brothels.

Good bilateral ties are essential and need to be advanced given the state of world affairs, Kishida said.

Yoon told Kishida it would be important to resolve bilateral pending issues in a “reasonable, mutually beneficial manner,” adding both sides have many areas of cooperation including regional security and the economy.

Yoon also shared condolences to the victims and the families of the 2011 earthquake that struck off the northeastern Japan, marking its 11th anniversary, she added.