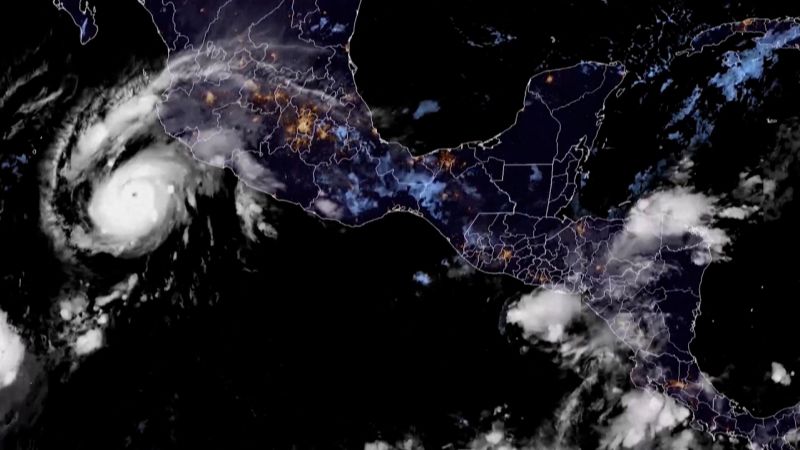 “This rainfall could lead to flash flooding and landslides in areas of rugged terrain, the Miami-based National Hurricane Center said.

As of 2 p.m. ET Sunday, Roslyn was centered about 90 kilometers (55 miles) south-southeast of Durango, Mexico, the hurricane center said. It was moving north-northeast at 31 kilometers per hour (20 mph).

“Swells generated by Roslyn will affect portions of the coast of southwestern Mexico, west-central Mexico, and the southern portion of the Baja California peninsula through tonight,” the hurricane center said.

“These swells are likely to cause life-threatening surf and rip current conditions.”

A “major hurricane” is one with maximum sustained winds of at least 111 mph.

“Rapid weakening is expected to continue, and Roslyn is forecast to become a tropical depression by this evening and dissipate tonight or early Monday.”

Roslyn formed off the western coast of Mexico and its sustained wind speed increased by 60 mph in a 24-hour period from Friday to Saturday morning – a rapid intensification.

The hurricane has been tracking similarly to Hurricane Orlene, which made landfall October 3 just north of the Nayarit-Sinaloa border.