Ford’s electric vehicles have given its stock a jolt 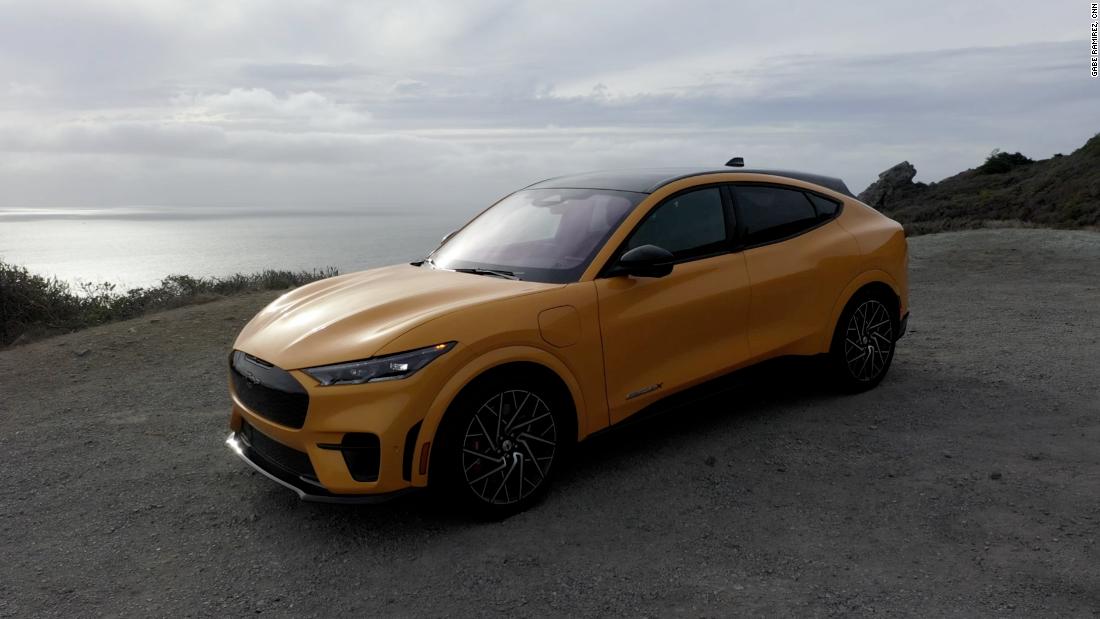 Today, Farley is CEO himself — he replaced Hackett five months after that purchase — and the stock is now worth four times as much. Apparently, his confidence in Ford hasn’t waned. Farley hasn’t sold those shares.

Farley isn’t the only higher-up at the automaker who’s placed a bet on the company recently. Ford chairman Bill Ford, great-grandson of founder Henry Ford, recently exercised 2 million stock options to acquire more shares. (Stock options allow someone to buy stock at a certain pre-set price, usually what it cost at an earlier date, rather than paying the current price.) Ford paid $20.5 million, including taxes and fees associated with the move — and rather than sell off options to cover the cost, he converted them all into Ford stock.

There are a number of reasons for Ford’s increased stock market value, but one of the biggest is enthusiasm over the automaker’s initial moves into the electric vehicle market. Ford’s Mustang Mach-E electric SUV has gotten mostly rave reviews from critics — and, more importantly, it’s sold well. Ford recently announced it is tripling its planned production of Mach-Es at its Cuautitlán, Mexico factory.
Ford executives have also said that interest in the Ford F-150 Lightning electric pickup truck, expected to enter production next spring, has far outstripped expectations. The company recently stopped taking reservations for the truck which had been available with a $100 refundable deposit. The reservations were stopped after reaching 200,000. Ford also announced it is doubling its planned F-150 Lightning production to 80,000 trucks annually.

These are indications that Ford understands how to make electric vehicles that people actually want, said Stephanie Brinley, an industry analyst with IHS Markit.

“They’re doing the things they need to do to be strong in that space,” she said, “It’s about putting electrification into the vehicles that work for consumers’ lives.”

That’s why one of Ford’s first electric vehicles is a version of its most popular model, the F-150. It’s also why Ford’s electric Mustang is a four-door crossover SUV and not a two-door rear-wheel drive coupe. Thanks to strong electric motors, it has the performance of a Mustang — and the marketing pull of the name — but with more practicality.

Ford, like other long-established automakers, had suffered from a misapprehension that it could never compete in the shift to electric vehicles, said Doug Betts, an industry analyst with J.D. Power.

“I think that there were a lot of analysts and others in business who somehow had the idea that the Fords of the world somehow didn’t know how to make electric vehicles,” he said. “Like there was something super mysterious about it they would just never figure it out and it would take too long, which was never true.”

In a late September report, Morgan Stanley valued Ford’s electric vehicle business at $25 billion but its combustion-engine business at “just above zero dollars.”

“It seems Ford CEO Jim Farley is moving with aggression and urgency to make up for lost time on the industrialization of EV mass production,” wrote analyst Adam Jonas at the time.

That shift, going from gas-engined cars to electric, is challenging, said Betts.

“Because they’re still selling mostly the gasoline cars, they still have to invest in that,” he said.

And, as Ford has already seen with the Mach-E and F-150 Lightning, production plans have to be flexible to allow for unexpected shifts in demand from gas-powered vehicles to EVs and vice versa.

That’s something electric car startups like Tesla (TSLA), Rivian and Lucid don’t have contend with as they focus purely on their electric cars.

There are other reasons for Ford’s improved stock price including, as JP Morgan noted in October, moves like cutting back on operations in challenging markets such as South America and India that leave more revenue to spend on electric and autonomous cars. Also, the company has again begun paying dividends to shareholders.

But while Ford’s stock price may be driven, in large part, by electric vehicles, it’s not just a matter of some Wall Street tech fad, said Matt Degan, a senior editor at Kelley Blue Book. It’s a genuine matter of survival.

“Ford’s doing it because that’s the way the industry is going,” he said. “We’re going electric, and you either adapt or die.”