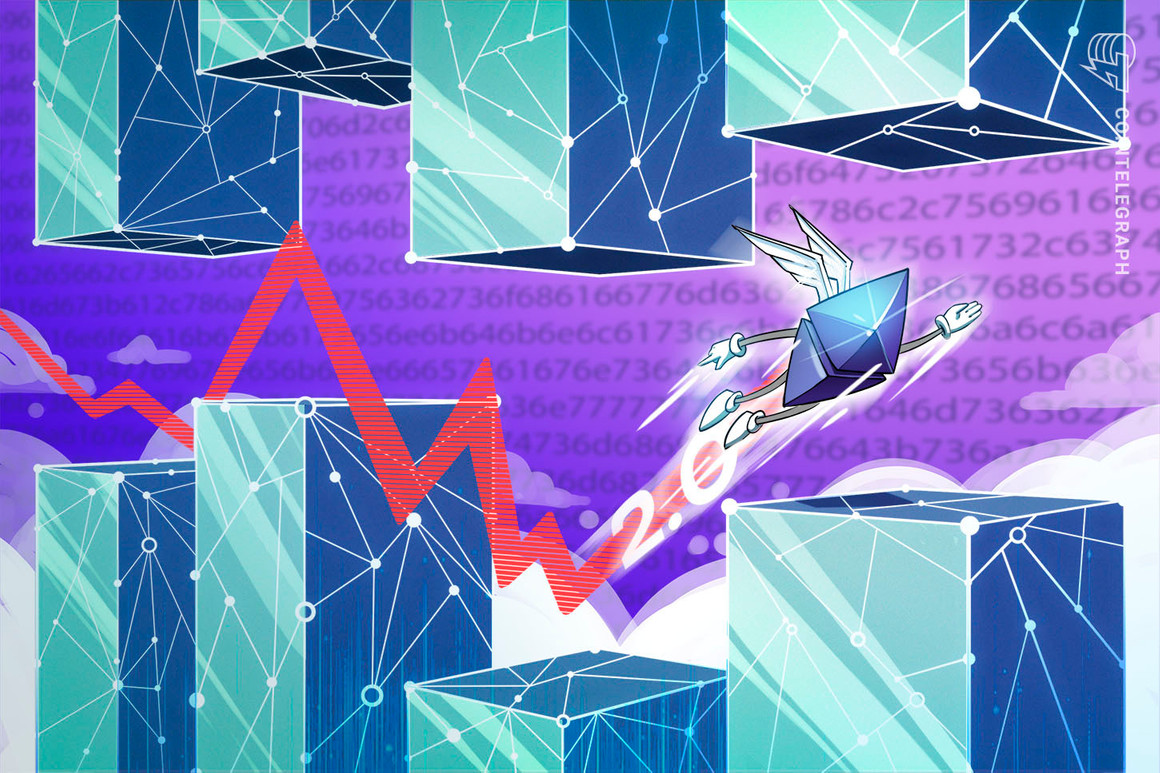 The Merge upgrade for Ethereum (ETH), which primarily sought to transition the blockchain into a proof-of-stake (PoS) consensus mechanism, has been revealed to have a positive impact on the creation of new Ethereum blocks.

The Merge was considered one of the most significant upgrades for Ethereum. As a result of the hype, numerous misconceptions around cheaper gas fees and faster transactions plagued the crypto ecosystem, which was debunked by Cointelegraph. However, some of the evident improvements experienced by the blockchain post-Merge include a steep increase in daily block creation and a substantial decrease in average block time.

On Sept. 15, Ethereum completed The Merge upgrade after successfully transitioning the network to PoS. On the same day, the number of blocks created daily (EBC) shot up by roughly 18% — from approximately 6,000 blocks to 7100 blocks per day.

Complementing this move, the average block time — the time it takes the miners or validators within a network to verify transactions — for Ethereum dropped over 13%, as evidenced by data from YCharts.

The above findings showcase the positive impact of The Merge upgrade on the Ethereum blockchain.

Following the Ethereum upgrade, GPU prices in China witnessed a significant drop as the blockchain moved away from the power-intensive proof-of-work (PoW) consensus mechanism.

As Cointelegraph reported, the Nvidia GeForce RTX 3080’s price dropped from $1118, or 8,000 yuan, to 5,000 yuan within three months, according to a Chinese merchant. The merchant further stated that no one (in China) is buying new computers, let alone new GPUs.