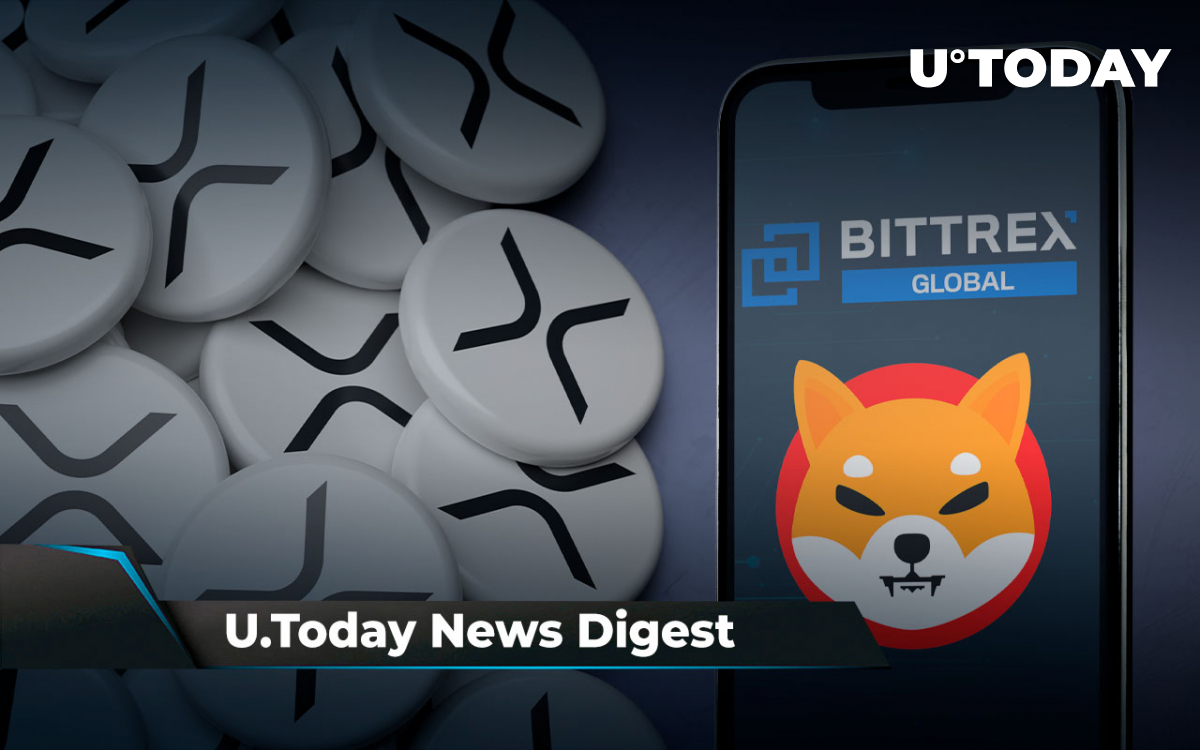 What news has the weekend brought? Read U.Today’s crypto news digest to find out!

Let’s take a look at what happened in the crypto industry over the weekend with U.Today’s top four news stories.

According to a prediction by CryptoQuant CEO Ki Young Ju, Bitcoin could soon see a massive short squeeze. In a recent tweet, Young Ju pointed out that many traders continued to accumulate short positions in the $10,000–$20,000 range in late 2020 only to get liquidated later. A situation like this might occur right now, giving Bitcoin a shot in the arm.

According to Ju, the possibility that Bitcoin could undergo another big short squeeze does not indicate the beginning of a new bullish cycle. It does, however, suggest that the cryptocurrency is on the verge of bottoming out. Bitcoin fell as low as $17,600 last month before experiencing a slight relief rally.

Yet another major cryptocurrency exchange has embraced Shiba Inu, to the great delight of the memecoin’s community. On Friday, July 15, it became known that SHIB has been officially listed on top U.S. crypto exchange Bittrex. The listing was long-awaited by SHIB enthusiasts as the token’s rival, Dogecoin, was listed on Bittrex in September 2018. Since last year, Shiba Inu has been added by several well-known cryptocurrency exchanges, including Binance, Coinbase, Gemini and others. As reported by U.Today, Bitstamp eventually listed SHIB in June, while stock trading app Robinhood did so in April.

XRP Ledger co-creator and former Ripple CTO Jed McCaleb decided to keep the remaining 5 million XRP to himself, explaining that he is doing so “just in case it moons.” In a Zoom call with CTC News reporters, McCaleb stated that it would be stupid if he sold all of his XRP since, in case the token’s price goes to $589, he could become rich. The former Ripple CTO also attributes his decision to “this feeling” that holding the rest of his XRP is going to give him and his family more security. Since leaving Ripple in 2014, McCaleb has sold many millions of XRP, and as of the most recent reports from Jed’s tacostand Twitter account, he still holds roughly 5 million XRP.

Cardano founder Charles Hoskinson shared his thoughts on Michael Saylor calling ADA a security during the latest AMA session. He compared Michael Saylor to Tone Vayes, who used to call everything, except Bitcoin, a scam. Hoskinson reminded his followers that Cardano is far more decentralized than Bitcoin and has far more utility than BTC, which is merely a store of value. According to the Cardano founder, for some reason nobody calls BTC a security, even though the only real use case for Bitcoin is to speculate. Overall, Hoskinson admitted that he does not pay much attention to the MicroStrategy CEO’s claims and does not think arguing with him about ADA would be a productive conversation.