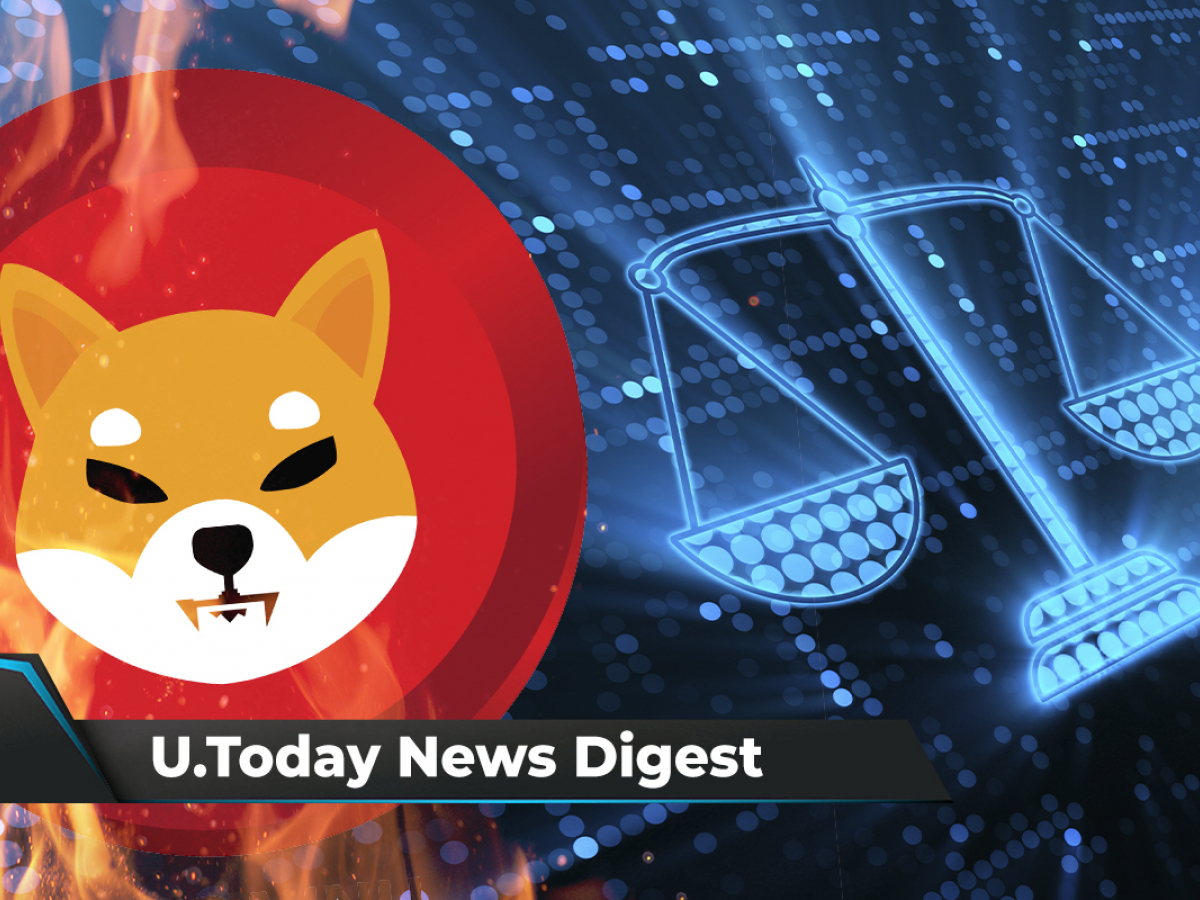 Sometimes it is hard to keep up with the quick tempo of the crypto industry’s development. To keep you informed, U.Today has prepared the top four news stories from the past weekend.

Last Friday, the Ripple-SEC case yet again made headlines, as judge Analisa Torres denied Ripple CEO Brad Garlinghouse and co-founder Chris Larsen’s twin motions to dismiss the regulator’s lawsuit. In addition, the judge also denied the SEC’s motion to strike the fintech giant’s “fair notice” defense. In his latest tweet, Garlinghouse described the “fair notice” ruling as a “huge win” for the defendants, though he left no comments on his failed motion to dismiss the lawsuit.

The SHIB Super Store Twitter account has announced that they have prepared to add another huge amount of SHIB to the burn pot – 140,712,694 canine coins, or $3,159 in fiat equivalent. By now, the total amount of SHIB to be destroyed at the March 15 burn event equals roughly 655,216,510. Meanwhile, the shibburn team reported that according to etherscan, last Saturday, about 11.06 million tokens were shifted to dead addresses.

Peter Schiff, CEO of Euro Pacific Capital and a major Bitcoin critic, decided to explain to his Twitter followers why he believes billionaire Paul Tudor Jones was wrong about the flagship crypto, calling it the best inflation hedge. Schiff claims Bitcoin is not “the fastest horse in the race,” as the founder of Tudor Investment Corporation called it since, over the past year, BTC plunged by 37%, while gold, on the other hand, spiked by 12%.

Charles Hoskinson, founder of the Cardano blockchain, has taken to Twitter to comment on the growth of the ecosystem. The reason why Cardano is far from catching up with other major “Ethereum killers” (Terra, BSC, Avalanche and Solana) in terms of total value locked (TVL) is that many dApps are waiting for the Vasil hard fork in order to benefit from pipelining. Named after Vasil Dabov, the late Bulgarian mathematician who was a prominent member of the Cardano community, the hard fork combinator (HFC) event is expected to take place this June.