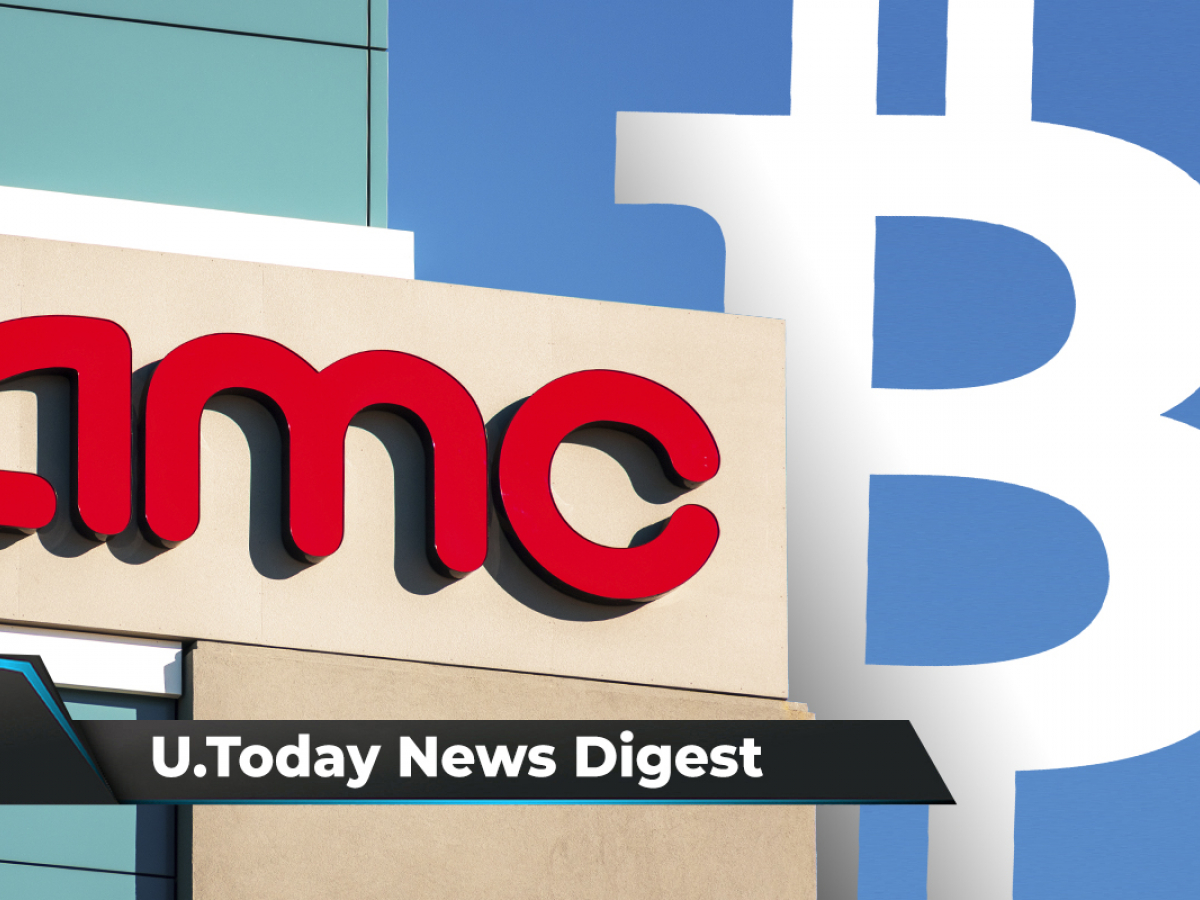 Here are the top four news stories presented to you by U.Today. Stay tuned to keep up on everything crypto!

According to the official announcement by AMC Theatres CEO Adam Aron, the biggest cinema chain in the world has finally begun accepting the two leading meme coins, Dogecoin and Shiba Inu. In the announcement, Aron also paid special thanks to BitPay crypto payments processor, which made it possible to accept Dogecoin and Shiba Inu. Initially, adding support for DOGE and SHIB on the AMC website and mobile app was planned for March 19, but the cinema chain’s customers were introduced to the new payment option more than a week earlier.

Whale Alert recently detected the activity of a Bitcoin wallet with 489 coins, which suddenly awakened after more than 11 years of being dormant. Over this time, the mere $50 the wallet’s owner initially invested has turned into an eye-popping $20 million. Some are speculating that the owner got out of jail and finally managed to cash out the cryptocurrency. But the most likely theory is that someone accidentally found their long-lost private keys and gained access to a massive fortune.

Meanwhile, Bitcoin is trading at $39,288, according to CoinMarketCap.

Data provided by DefiLlama demonstrates that following the Minswap DEX launch, the total value locked (TVL) in the Cardano network has significantly increased, as well as its number of decentralized products. With stake governance tokens included in the TVL valuation, Cardano’s TVL constitutes about $242.43 million. The majority of funds is concentrated on SundaeSwap ($115 million locked) and on MuesliSwap DeFi platform ($12.54 million locked). However, without the inclusion of staked governance assets, Cardano’s blockchain TVL is around $167.45 million.

Whales scoop up massive amounts of Bitcoin, Ethereum and SHIB as prices fall

According to WhaleStats data, whales decided to use a recent market decline as an opportunity to add more cryptocurrencies to their holdings, giving preference to Bitcoin (BTC), Ethereum (ETH) and Shiba Inu (SHIB). One of the recent BTC transactions was that of an FTM whale purchasing 1,500 BTC worth $58,896,000. Another whale had bought 550 ETH, or $1,493,921 in fiat equivalent. The increased activity has also been noticed among Shiba Inu whales: over the past 24 hours, the number of large transactions made by them spiked by 82%.