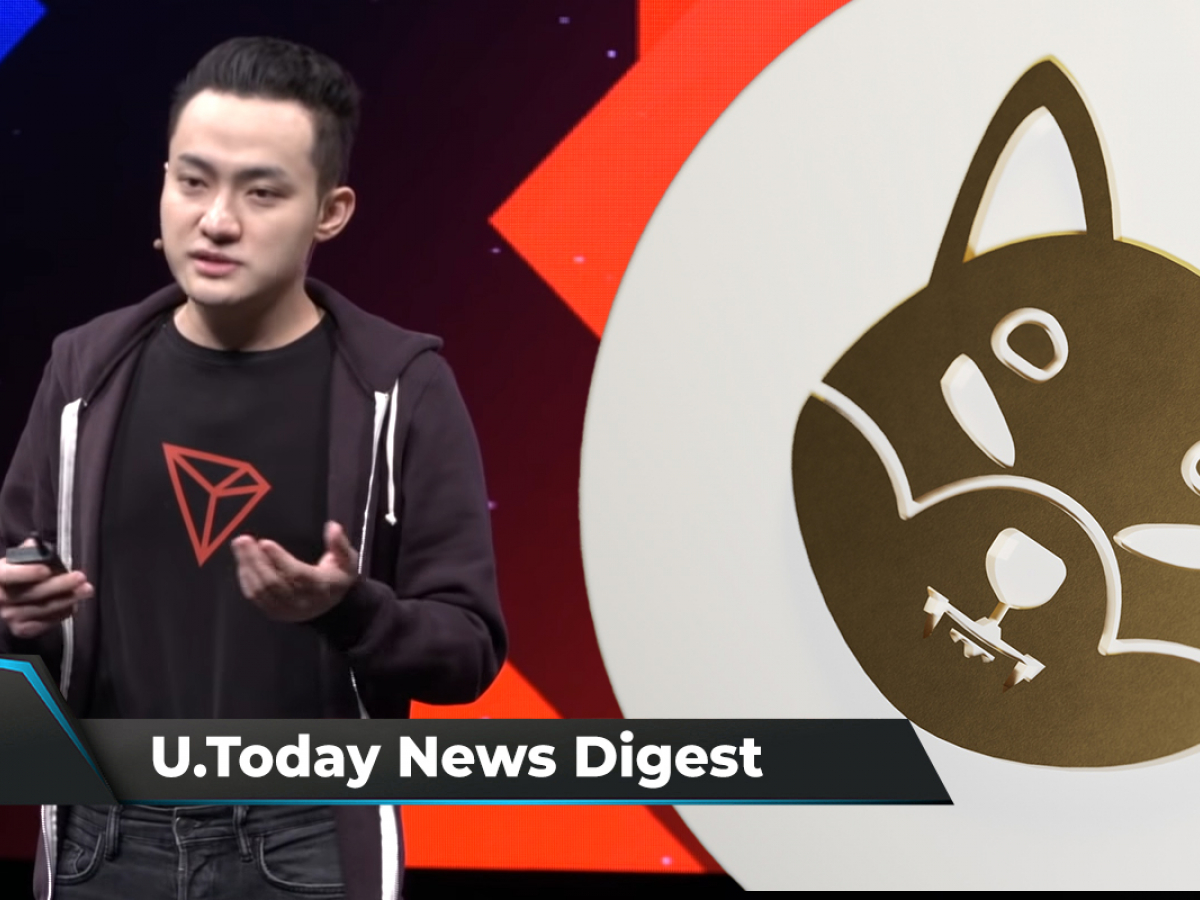 U.Today’s news digest keeps you informed on the latest events in the crypto industry

Is Justin Sun’s ETH transaction a “bearish signal?” How much SHIB coins should the SHIB Army destroy to reach their goal? Read the top four news stories by U.Today to find out.

According to data shared by crypto journalist Colin Wu, on March 2, a massive Ethereum transaction took place on Binance crypto exchange. A total of 19,000 ETH worth an eye-popping $55 million were moved to Binance by Justin Sun, Tron’s founder. This made some crypto community members speculate about this transaction being an alarming signal for Ethereum bulls, noting that Sun could be “talking bullish on Twitter while unloading coins in the background.”

In his recent tweet, Steven Cooper, boss of Bigger Entertainment—which is one of the biggest “SHIB burners”—has announced how many canine coins the SHIB community needs to destroy in order to push the price up. He wrote that the SHIB Army’s burn efforts should be aimed at reducing the meme token supply by 10%. Cooper also hopes the SHIB developer team will join them and destroy 20% of SHIB or even more.

Yesterday, data provided by BTC.com showed that Bitcoin’s mining difficulty was set to drop by 1.62%, signifying the end of its impressive streak of six consecutive positive adjustments. Bitcoin’s hashrate has dropped approximately 12% from its Feb. 12 peak of 214.6 EH/s, plunging to 27.9 trillion on Feb. 17. Meanwhile, the flagship crypto has lost 4.24% of its value over the past 24 hours, currently trading at $40,778, according to CoinMarketCap.

According to a recent tweet by WhaleStats, one of the biggest Ethereum whales, named “Gimli” after a dwarf from “Lord of the Rings,” has purchased an astonishing amount of SHIB. The purchase comprises 442,637,867,858 SHIB, which is $11,561,701 in fiat equivalent. According to the webpage of this wallet, “Gimli” now holds a staggering trillion SHIB worth $38,184,560. The whale’s other holdings include mostly tokens to do with Metaverses: TESLA, TIKTOK, McDonald’s, Windows, Walmart, as well as Twitter DAO, SWIFT, DAO, etc.