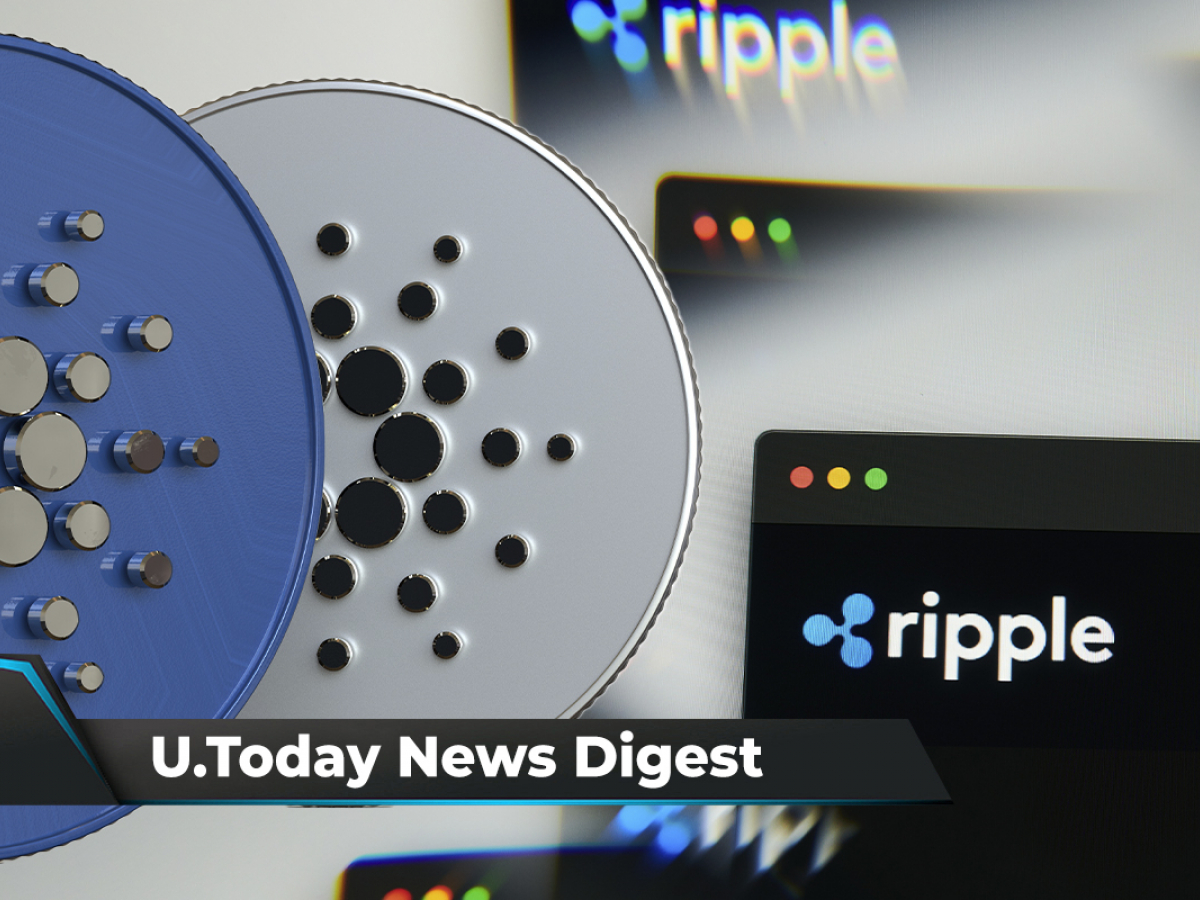 Check out the top four news stories over the past day presented to you by U.Today.

Good news for the XRP community: yesterday, defense lawyer James K. Filan shared that District Judge Torres denied the SEC’s motion to file a sur-sur-reply in support of its motion to strike Ripple’s fair notice defense. In its request to file a sur-sur-reply to Ripple’s sur-reply, the SEC refers to a similar case featuring blockchain company LBRY Inc. However, Ripple’s lawyers argued that the SEC should not be permitted to use “out-of-circuit” examples to support its case against the company’s crucial fair notice defense.

Previously, LBRY joined Ripple by trying to rally with the industry against the SEC, claiming that the regulator’s enforcement actions would jeopardize other blockchain projects.

Chinese crypto journalist Colin Wu reports, referring to Coinbase’s message, that after the merge between Ethereum mainnet and Beacon Chain, ETH staking yields are expected to rise from 4.3-5.4% APR to 9-12% APR around June of this year. The almost two-fold rise will most likely attract new investors to participate in the Ethereum staking contract that already has 1.92 million ETH. Some of them have already decided to join by transferring 28,000 ETH to the contract in a single transaction.

Cardano tops in adjusted volume of transactions despite price tumbling 18%

According to Messari’s recent data, despite ADA’s 18% price drop, Cardano has managed to outperform the leading cryptos, Bitcoin and Ethereum, in 24-hour adjusted volume transactions. The volume of Cardano totaled $16.49 billion, while Bitcoin and Ethereum demonstrated $8.49 million and $4.73 billion volumes, respectively. Cardano users also paid cheaper fees compared to both BTC and ETH.

At the moment, ADA is changing hands at $0.8742, per CoinMarketCap.

3.5 million MATIC, 99,990 LINK bought by whales as these tokens enter list of most wanted crypto

The holdings of Ethereum whales continue to be filled with the most wanted cryptocurrencies. Yesterday, WhaleStats data aggregator noticed big amounts of Polygon’s MATIC and LINK being moved by three of the top 1,000 whales who hold most of their funds in the second largest cryptocurrency, Ethereum. In all, they have purchased 3.5 million MATIC and 99,990 LINK, worth $4,819,515 and $1,364,836, respectively.

In the meantime, these two coins have joined the list of the 10 most purchased cryptos by the largest Ethereum whales.