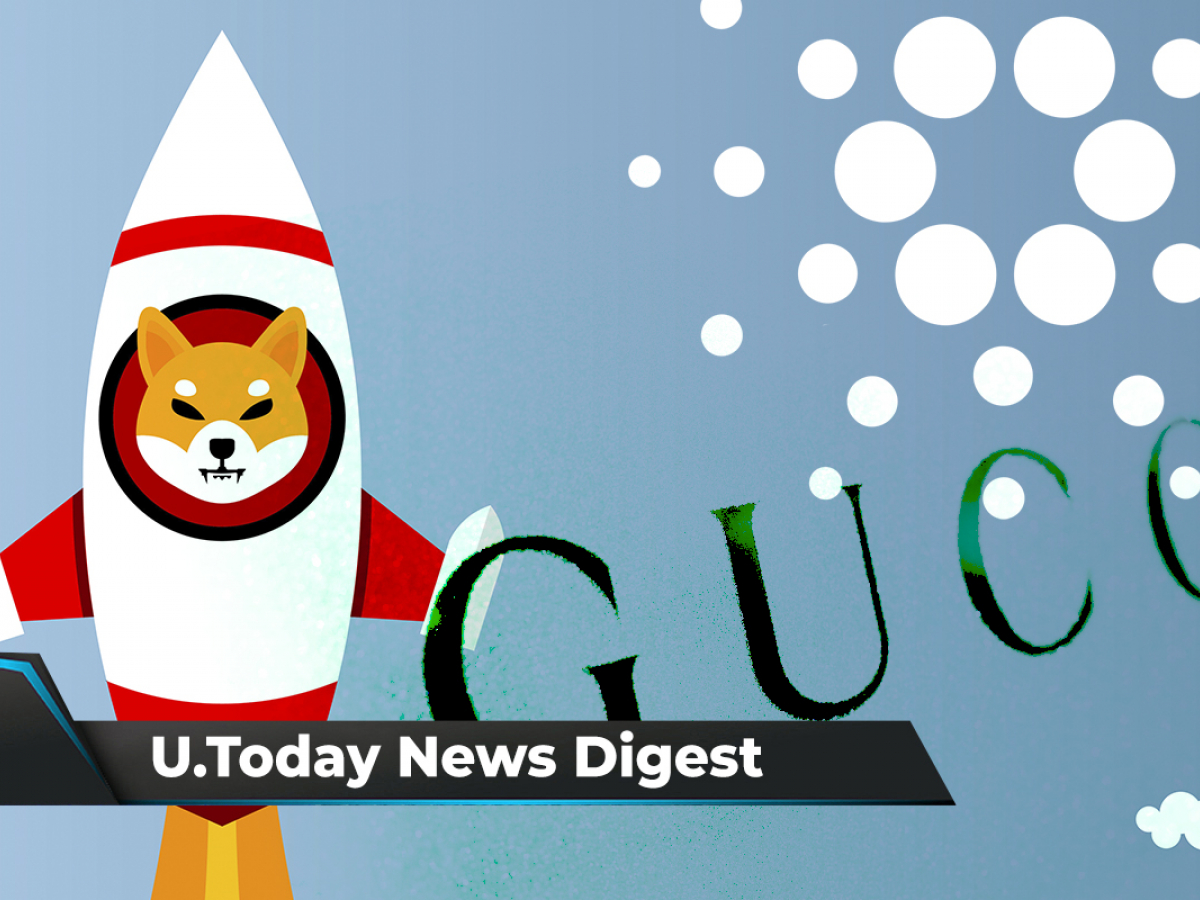 What’s happening in the world of crypto? Take a closer look at the latest crypto events with U.Today’s top four news stories over the past day.

According to the data provided by analytics firm IntoTheBlock , the volume of large Shiba Inu transactions that exceed $100,000 has reached almost $390 million, which constitutes 81% of the total on-chain volume. At the same time, as noted by WhaleStats, SHIB returned to the top 10 most purchased tokens and most used smart contracts among the 1,000 biggest ETH wallets.

After originally announcing the listing of Cardano (ADA) on Jan. 27, the professional arm of the Japanese crypto-to-fiat exchange, Bitpoint Pro, has finally made the cryptocurrency  available for trading. Bitpoint was the first exchange in Japan to add support for ADA in August, which makes it stand out among other local crypto trading platforms that hesitate to do so due to stringent regulatory requirements. Apart from ADA, Bitpoint Pro supports only seven other cryptocurrencies, which include Basic Attention Token (BAT) and Tron (TRX).

In a recent tweet posted by its official Twitter account, Gucci has announced that it will collaborate with The Sandbox to build its own virtual world “pixel by pixel,” acquiring a plot of land on the metaverse platform. The Italian fashion house did not provide any additional information on the collaboration, but it hinted at creating an interactive fashion experience based on Gucci Vault, an experimental space that includes the brand’s NFT projects and its Discord server.

Data provided by the Bureau of Labor Statistics demonstrates that the U.S. consumer price index (CPI) had risen at its fastest pace since 1982, wreaking havoc with the cryptocurrency market. The news has made Bitcoin plunge to an intraday low of $43,417, which resulted in Solana, Cardano, Shiba Inu, Dogecoin and other top altcoins being pushed lower as well.

Since inflation is outstripping analysts’ expectations, the U.S. Federal Reserve is more likely to raise the benchmark short-term interest rate by 50 basis points in March.