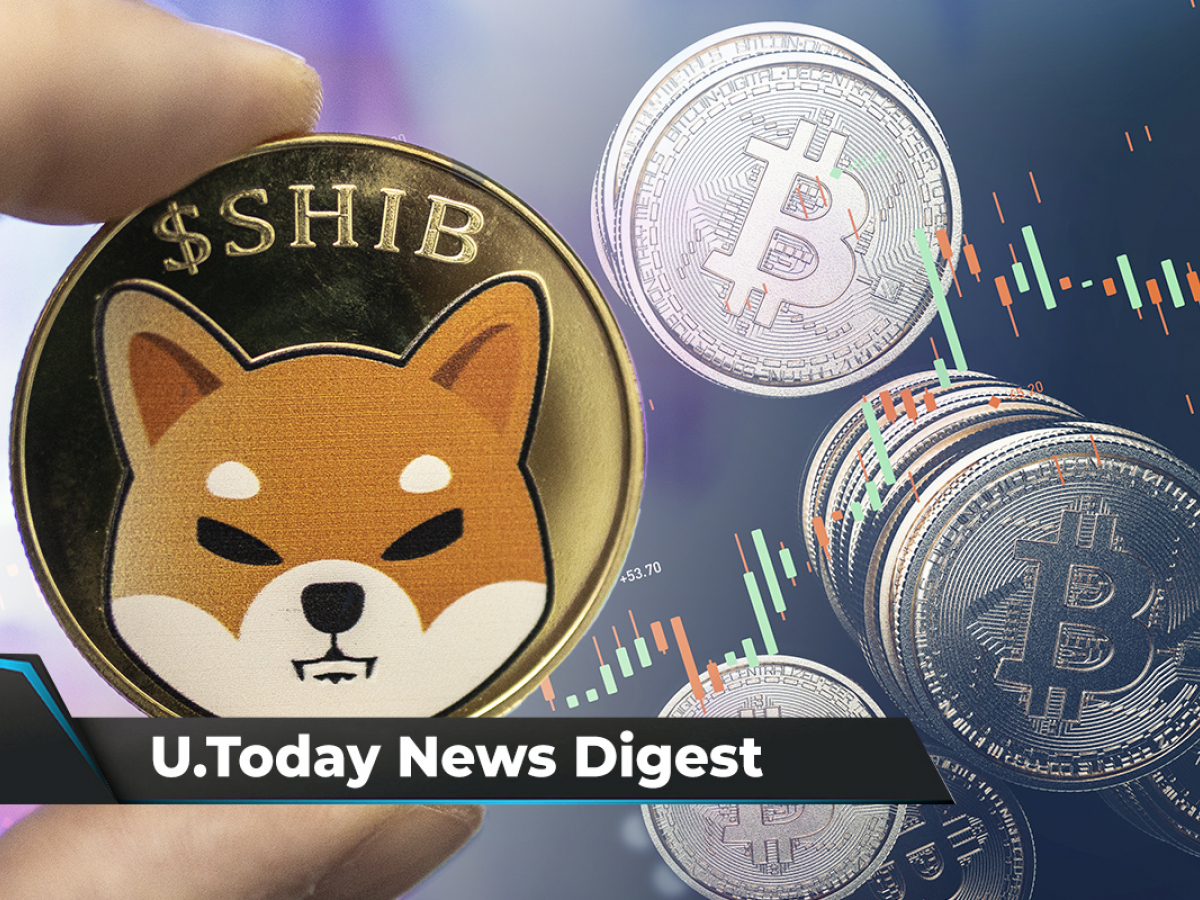 U.Today has prepared the summaries of the top four news stories over the past day.

According to the latest prediction by JPMorgan, Bitcoin could reach $150,000 in the long term. In comparison, last year, the target price for the flagship crypto set by the American banking giant was a bit lower and constituted $146,000. To reach the $150,000 mark, Bitcoin  would have to match private sector investment in gold, estimated at $2.7 trillion. JPMorgan also stated that BTC’s fair value at the moment is at $38,000 since it is four times more volatile than gold.

46.7 million SHIB burned, while burn pot of this company rises to 191 million tokens

Yesterday, according to Shibburn account data, about 45 million SHIB tokens have been destroyed by SHIB community members. It took 17 transactions to send this amount of crypto to a dead wallet. Later on, within a few hours, another 1,883,210 SHIB were burned within two transfers.

Meanwhile, Steven Cooper’s Bigger Entertainment keeps increasing the amount of the Shiba Inu stash it will burn at the party that will take place on Feb. 14, Valentine’s Day. At the moment, the amount of SHIB to be destroyed exceeds 191 million tokens.

In order to boost their Metaverse game, Shiba Inu developers have announced a new project called Shiba Lands, which will enable buyers to acquire digital real estate. According to developers, those who wish to make a purchase will be able to do it “very soon.” Holders of Doge Killer (LEASH), the ShibaSwap decentralized exchange’s native token, will be granted access to the first selling phase, according to a queue system devised by the creators. The rest of the land will become available after the initial sale.