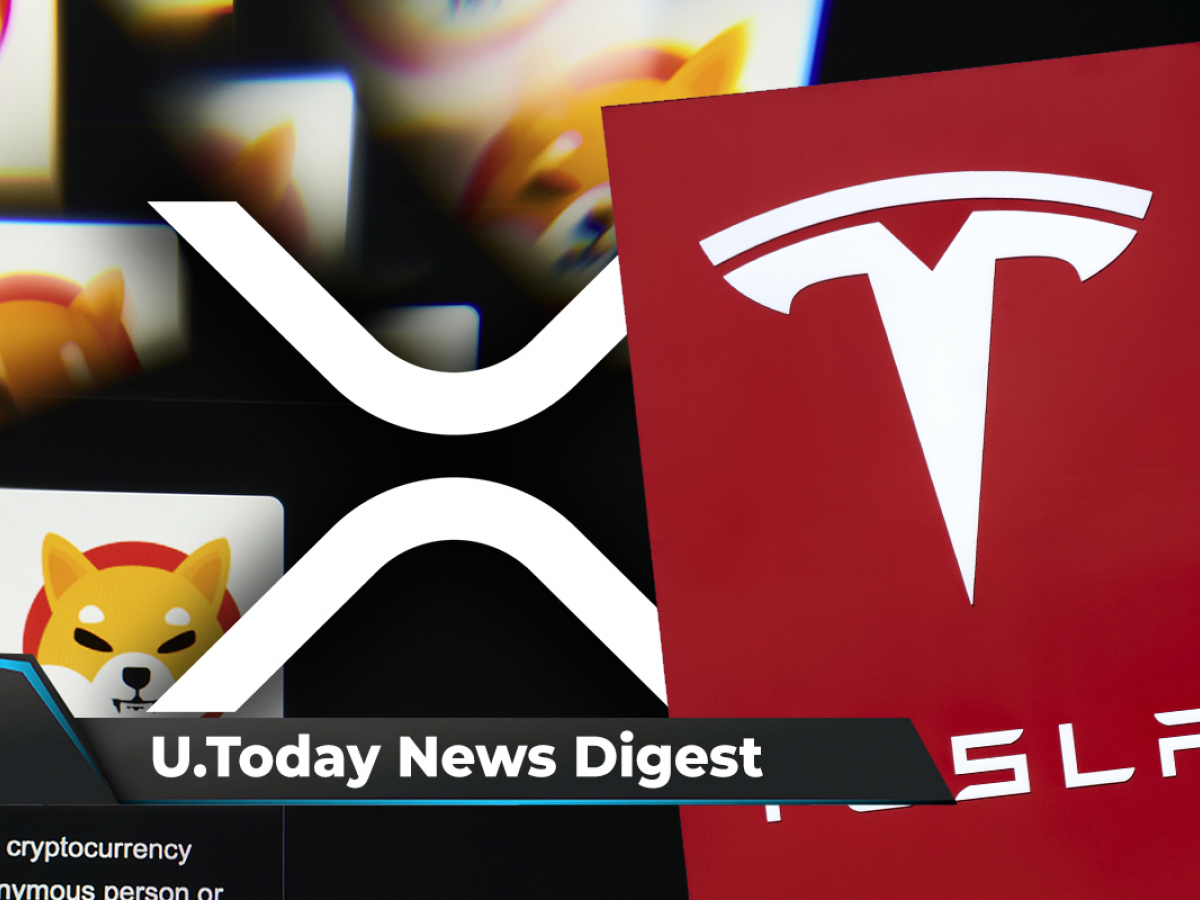 Read U.Today’s news digest to find out what’s going on in the industry!

To keep you updated on events in the crypto world over the past day, U.Today presents the top four news stories.

According to CoinMarketCap, the Shiba Inu cryptocurrency demonstrated an astonishing 25% surge as of yesterday. It managed to surpass Polygon (MATIC) and Binance USD (BUSD) by market capitalization, climbing to 13th place on the aforementioned crypto ranking site. SHIB has also experienced a 244% increase in trading volume, topping $2.7 billion.

Here’s how much Tesla’s Bitcoin stash is worth

On Monday, Feb. 7, the world’s largest electric car manufacturer, Tesla, filed an annual report with the SEC and reported holding $1.99 billion worth of Bitcoin at the end of 2021. In the first quarter of last year, the Elon Musk-owned company put an eye-popping $1.5 billion into BTC. In March 2021, Tesla sold a small part of its BTC holdings, making a $128 million profit, but in December, the company recorded $101 million worth of impairment losses because of the flagship crypto’s significant price volatility.

Data provided by CoinMarketCap shows that yesterday, the Ripple-affiliated cryptocurrency, XRP, soared more than 12%, with its market capitalization surpassing that of the top 10 largest cryptocurrencies. This can be explained by the crypto market’s recovery alongside traditional markets; the majority of altcoins are adding value, generally posting gains above 3%.

56.3 million SHIB burned while big burn party is to happen in one week

The Shiba Inu community continues burning SHIB tokens. Yesterday, another bunch of canine coins, 56.3 million SHIB, were sent to an unspendable SHIB address. Considering this amount of tokens incinerated, a total of 410,302,093,313,848 (41.03021%) SHIB from the initial quadrillion emission have been burned so far.

Meanwhile, Bigger Entertainment’s Steven Cooper announced that if the company manages to raise more funds to buy SHIB with, it will throw the largest burn party ever on Valentine’s Day. This way, the SHIB price can be pushed to $0.01.