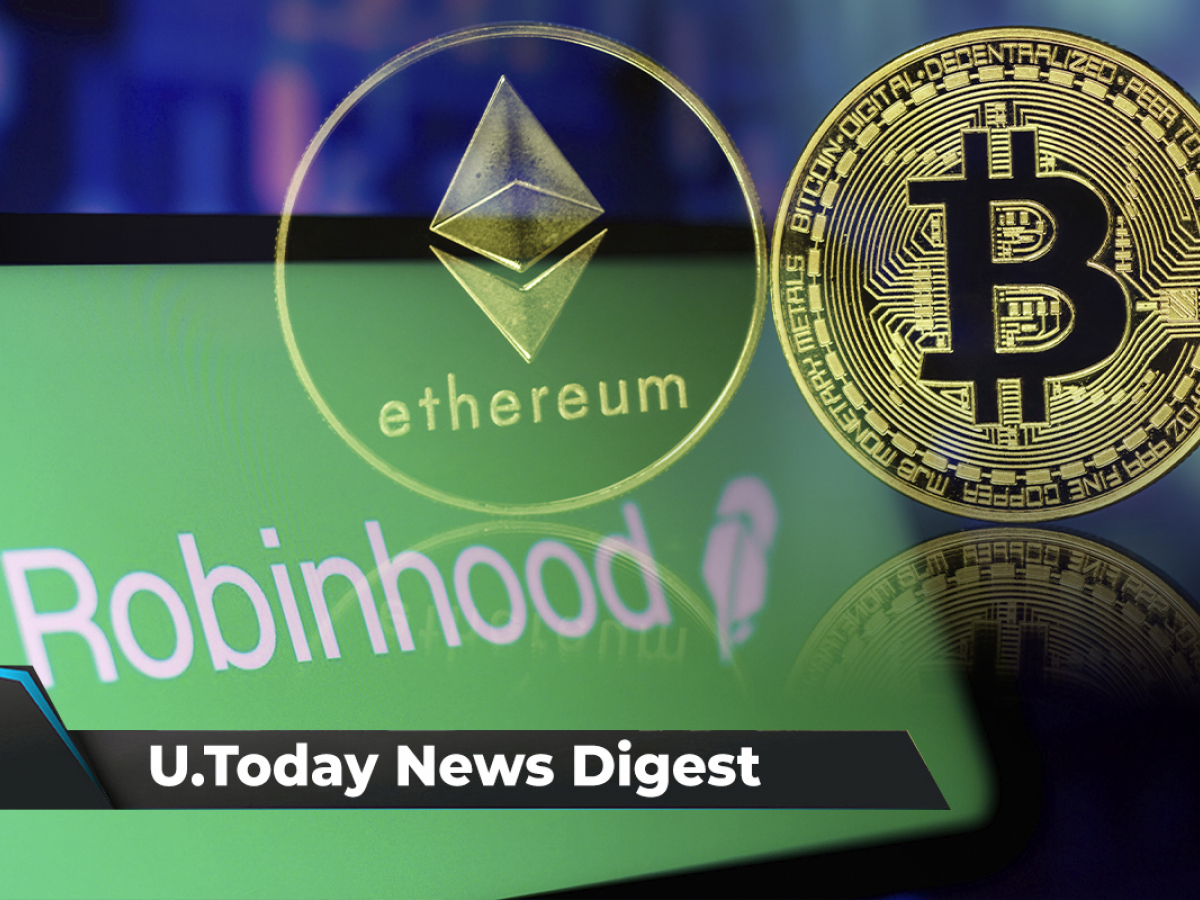 To keep you updated on events in the crypto world over the past weekend, U.Today presents the top four news stories.

In his Sunday tweet, Dogecoin co-founder Billy Markus shared his experience of sending Dogecoin from his Robinhood wallet for the first time. In another tweet, he also explained that DOGE could now be used for tipping, trading and other purposes now that Robinhood users will be able to embrace decentralization, stating that it will be a huge deal for all SHIB holders. The tweet has caught the attention of Elon Musk; the centibillionaire liked it, agreeing with Markus.

At the moment, Robinhood users are able to buy and sell seven cryptocurrencies. However, most of them are still not able to withdraw coins to third-party wallets.

According to Bloomberg Intelligence’s senior commodity strategist Mike McGlone, the two largest cryptocurrencies, Bitcoin and Ethereum, remain in their early adoption days. In his recent tweet, he wrote that due to supply-demand dynamics, BTC and ETH are expected to continue appreciating, and only a black swan event will be able to stop their proliferation.

At the same time, McGlone has severely criticized Dogecoin and Shiba Inu. He believes that the sooner the market is cleansed of such meme coins, the quicker Bitcoin and Ethereum can begin transforming the global financial system.

9 billion SHIB acquired by whales as price goes up

Whales have been purchasing more SHIB recently, and last Saturday was no exception. According to Etherscan, on Jan. 29, three large crypto wallets purchased more than nine billion SHIB tokens. At the same time, the price of the meme token showed a slight increase of almost 5%. However, SHIB has currently pared losses, trading at $0.00002094, according to CoinMarketCap.

More MATIC, FTT, LUNA bought by whales as they keep betting on these coins