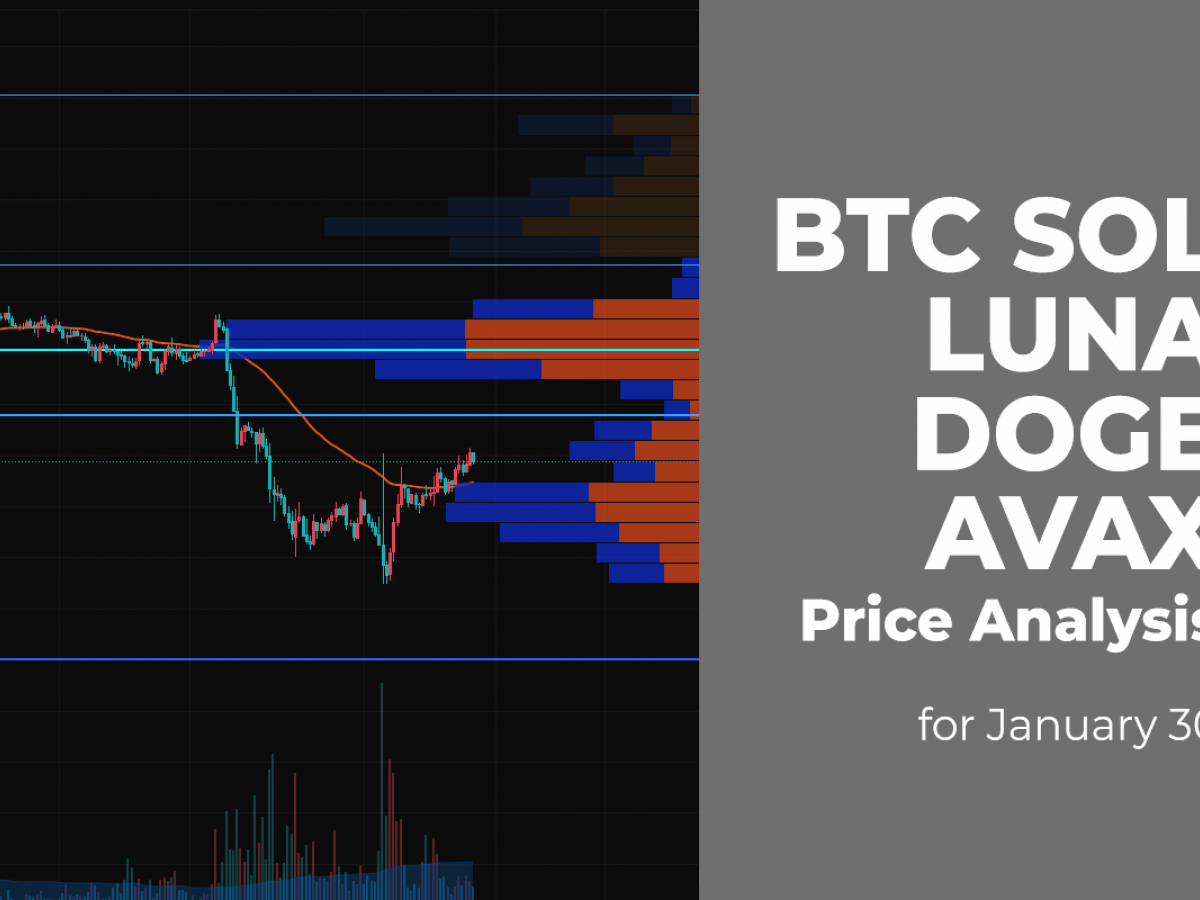 On the last day of the week, bulls could not hold the initiative as most of the coins are again in the red zone.

While altcoins are going down, the rate of Bitcoin (BTC) has increased by 0.48% since yesterday.

On the daily chart, Bitcoin (BTC) is coming closer to the resistance level at $39,573. If buyers can break it and fix above, the correction can be transformed to mid-term growth. Such a price action is relevant until mid-February.

After SOL bounced off the support level at $87.73, the price keeps trading sideways, accumulating power for a further sharp move.

In this case, one needs to pay close attention to the level at $104.82—the potential breakout of which might be a prerequisite for continued growth.

LUNA is the biggest loser from the list, going down by 7.43%.

LUNA is looking much worse compared to other altcoins. The price is coming back to the recently tested support level at $47.44 on the daily timeframe. If bears manage to break it, the fall may continue to the next level at $37.88 within the next few days.

The rate of DOGE is almost unchanged since yesterday, with a fall accounting for only 0.53%.

Despite the fall, DOGE is trading sideways as the rate is located between the support at $0.1310 and the resistance at $0.1506.

At the moment, the price is closer to the resistance, which means that bulls are more powerful than bears to a certain extent. In this regard, if buyers fix above the $0.15 zone, the rise may continue to $0.16 shortly.

Avalanche (AVAX) is not an exception to the rule, declining by 1.17%.

AVAX is located closer to the resistance level at $76.57. The selling volume has declined, which means that bears are losing their initiative. If buyers can take this chance and return the rate above $80, AVAX can come back to the mid-term bullish trend.