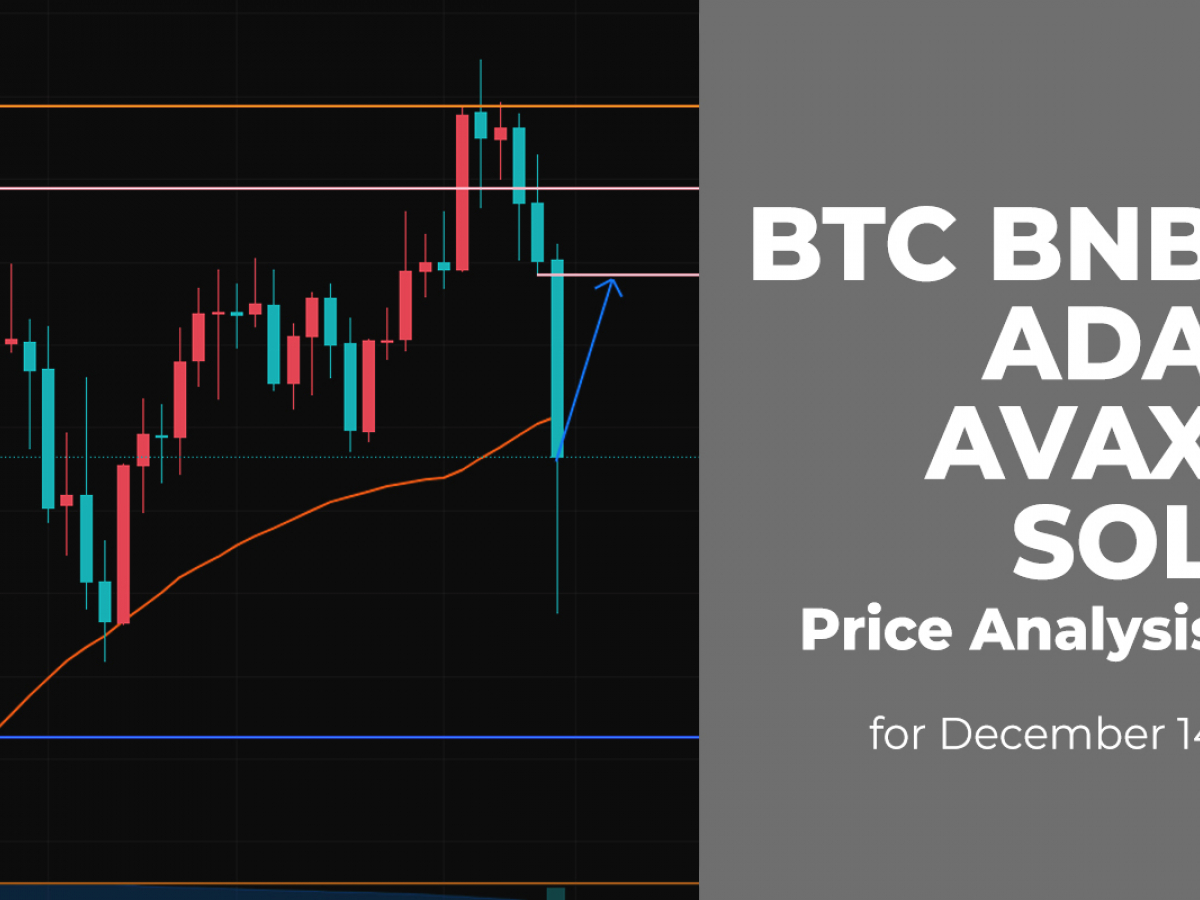 Can the popular coins recover faster than the top cryptocurrencies?

Bears have absorbed yesterday’s rise as almost all coins from the top 10 list are located in the red zone. DOGE is the only exception to the rule, going up by 19%.

Yesterday morning, buyers made another attempt to break through the resistance of the two-hour moving average EMA55. However, buying volumes were too small to break through bearish defenses at the average price level.

In the afternoon, sellers intensified the onslaught and rolled back the Bitcoin price below the $47,745 level. By the end of the day, a negative scenario resulted: the BTC price tested the support of $46,000.

As of this morning, the pair is holding above the blue support of $46,000, but the recovery is taking place at very low volumes. It seems that, in the near future, we might see a decline to $42,447.

The rate of Binance Coin (BNB) has declined by 2.34% over the last day.

Binance Coin (BNB) is coming back to the recently formed level at $489. The selling volume is high, which means that bears are more powerful than bulls at the moment.

If the rate of the native exchange coin fixes below the vital level of $500, the drop may lead BNB to $450 and below.

From the technical point of view, Cardano (ADA) is looking bearish as the price could not rise after a retest of the support at $1.188. If a breakout occurs, the decrease may continue to the next support level at $1.072. Such a scenario is relevant until the end of the current week.

The price of Avalanche (AVAX) has almost remained the same since yesterday; the drop constituted only 0.26%.

Despite the slight price drop, AVAX is trading above the vital support at $76. If bulls can hold this level, there is a chance to return to the zone of the most liquidity around $90 one more time. Such a price action might be more relevant if the buying trading volume increases.

Solana (SOL) is located between the support at $130 and the resistance at $259. At the moment, the price is located closer to the support, the breakout of which may lead to a sharp fall to the $100 zone. However, if bulls can seize the initiative, there is a possibility to see a recovery to $200.