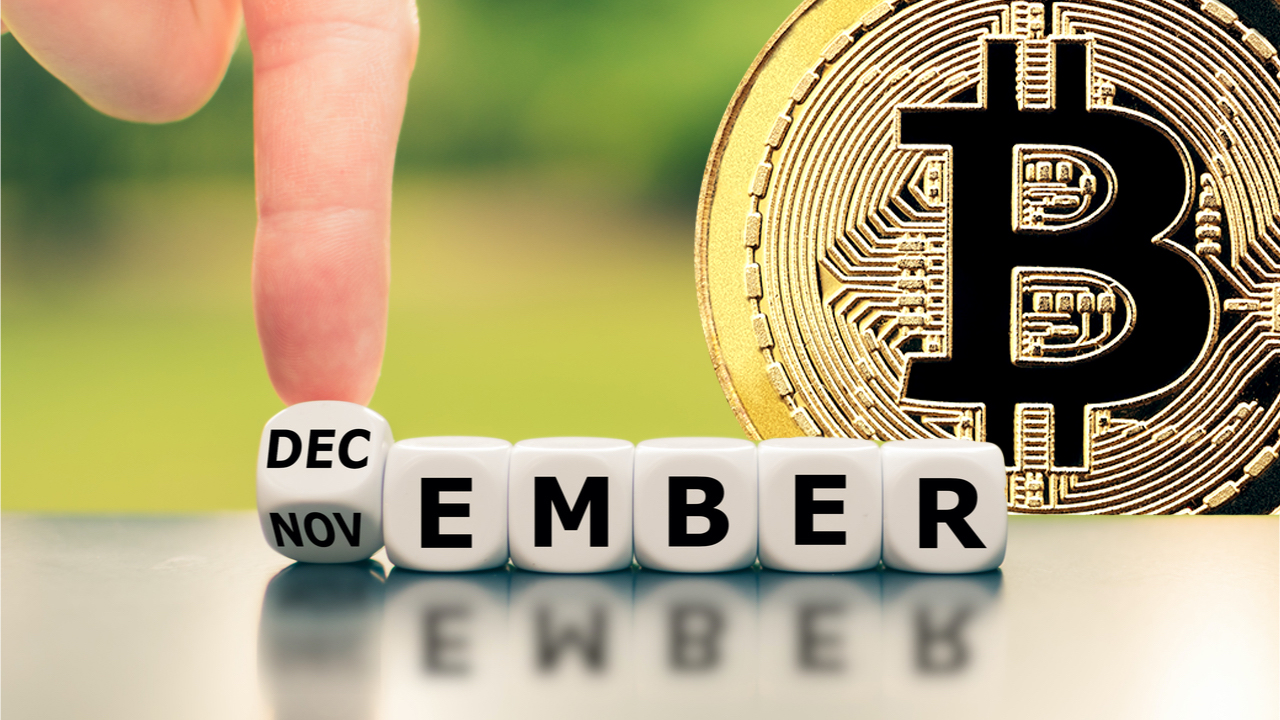 The price of bitcoin is down more than 33% from the crypto asset’s all-time high captured about a month ago on November 10. A while back, people expected the price of bitcoin to be extremely bullish during the months of November and December, and many expected a $100K bitcoin price by the year’s end. However, during the last 13 years, more so than not, bitcoin prices are typically bearish in the last two months of the year.

The End of 2021’s Bearish Market Sentiment Is a Common Occurrence, Looking at Previous Bitcoin Years

There have been a few occasions when BTC had a monumental November and December run in terms of price gains. This year has not been so bullish and people don’t realize that for most of bitcoin’s life, these months have been bearish a majority of the time. For instance, after bitcoin started seeing real-world value and a USD exchange rate in September through November 2010, after November 10, just like this year, BTC’s price slid from a high of $0.35 per unit to $0.17 by December 10, 2010. That’s a 51.42% loss in bitcoin’s fiat value over 30 days over 11 years ago.

The months of November and December 2014 were bearish as BTC slipped from $471 per coin in mid-September to just above $300 per coin by mid-December 2014. The price of BTC lost 33.12% during that period of time in 2014. The price of BTC in 2015 was again bearish during the two months and in 2016 the price was bullish in November and December. 2017 was a bullish time for BTC during those two months, as the price came very close to $20K per unit.

Despite BTC being 33% below the crypto asset’s all-time high of $69K per unit, it is still 90% above the price it held this time last year. However, bitcoin’s (BTC) price sentiment in November and December 2021 has been bearish and in a continuous downtrend. Bitcoin advocates will have to wait and see how the rest of December 2021 plays out and if it miraculously changes from bearish to bullish by then, or by the first month of 2022.

What do you think about bitcoin’s price during the last two months of every year? Would you consider 2021’s November and December bearish? Let us know what you think about this subject in the comments section below.

Jamie Redman is the News Lead at Bitcoin.com News and a financial tech journalist living in Florida. Redman has been an active member of the cryptocurrency community since 2011. He has a passion for Bitcoin, open-source code, and decentralized applications. Since September 2015, Redman has written more than 4,900 articles for Bitcoin.com News about the disruptive protocols emerging today.