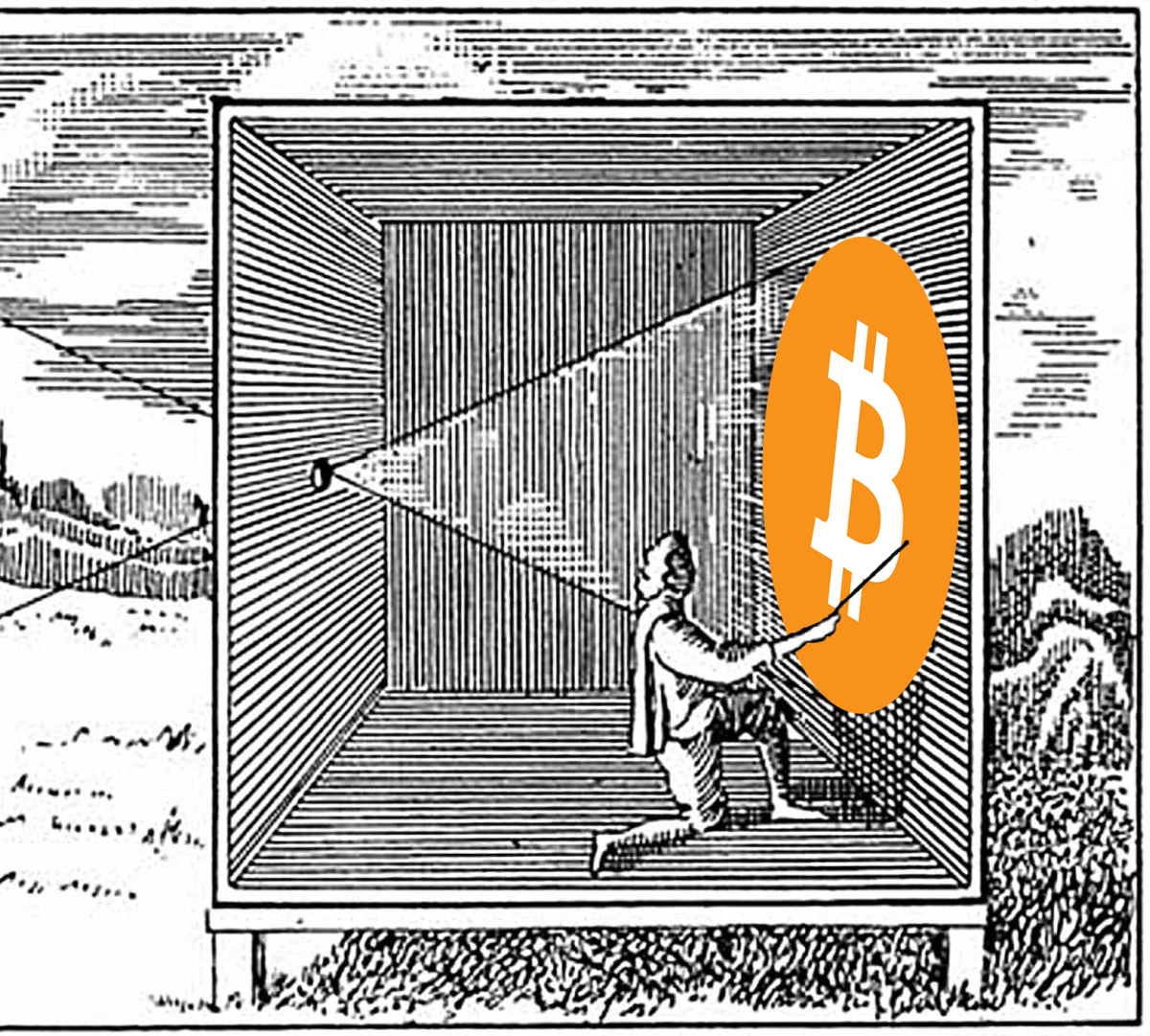 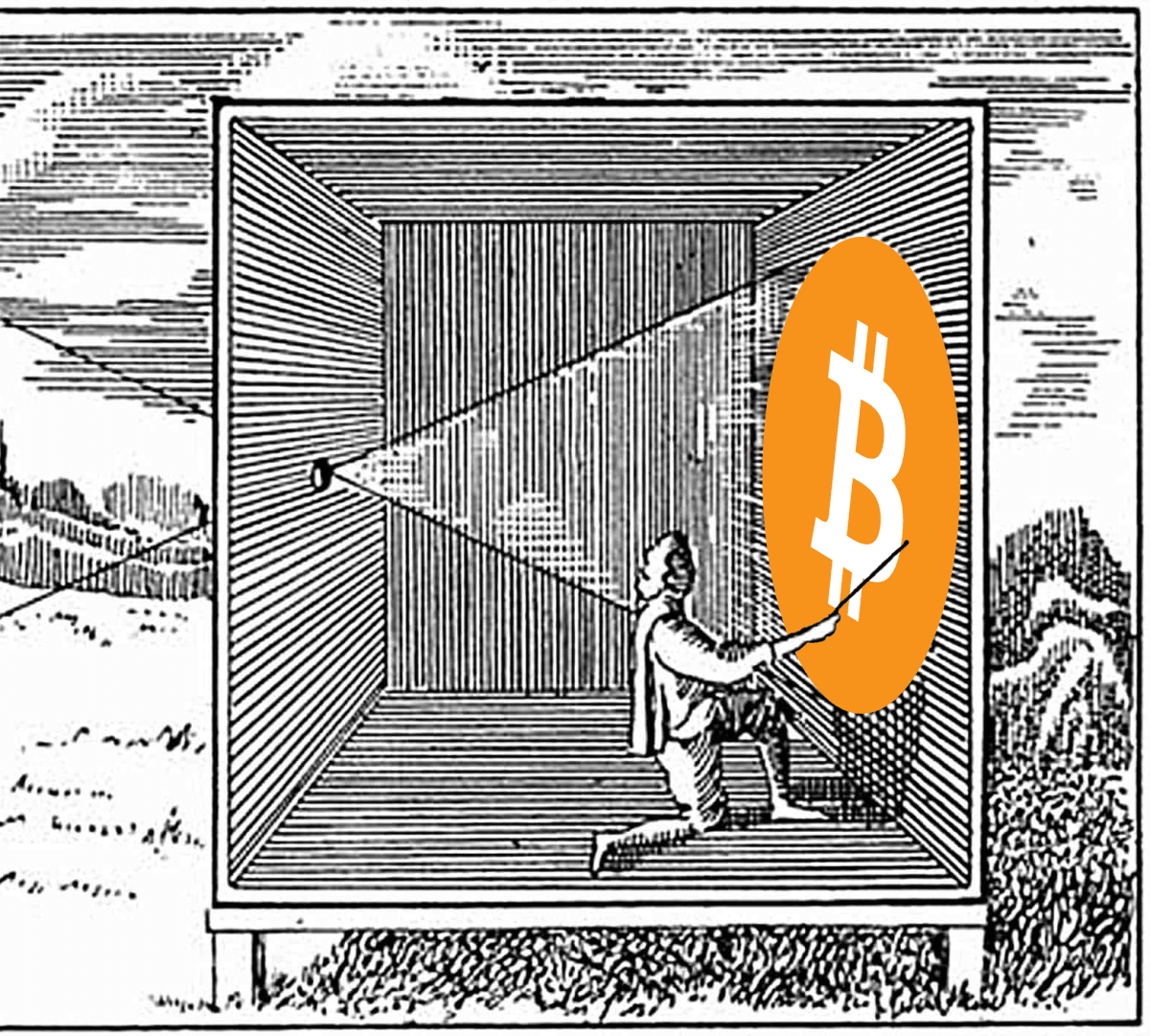 Subjectivity deals with an individual’s conscious experience. A person’s agency, perspective, desires, beliefs, and feelings are all subjective.

Objectivity in philosophy deals with reality outside of subjectivity. Objectivity is the state of all things without conscious bias.

Bitcoin is objective money. Fiat is not. There are no individuals or small groups of conscious experiences at this point in Bitcoin’s trajectory that can affect how Bitcoin operates. A person may have a subjective desire to sell their Bitcoin, but when carrying out that act, they submit to the protocol’s objective nature. In this way Bitcoin objectifies our subjective experience.

You can send Bitcoin on a whim, but you must follow a set of rules to carry out a valid transaction. For example, if you provide a bunk address of incorrect format, you will not receive any Bitcoin there.

If you participate in the Bitcoin protocol according to its rules, you may experience the joy of receiving Bitcoin and watching the confirmations clock in, but Bitcoin is agnostic to your experience of this. In Bitcoin the simple act of posses­sion is the only prereq­ui­site for spending. Not so in fiat. In Bitcoin possession means knowing you can prove you have a secret without revealing what that secret is.

Qualia are one form of secret. Qualia are instances of subjective experience. A common example of a quale is color. Who can confirm two people are seeing the same redness of red? When describing any pain to a doctor, one is describing their subjective qualia. The pain scales often used in hospitals are an attempt to objectify these subjective experiences. Although it seems it is not yet possible to convey our inner state, to measure our qualia and share them in any meaningful way. This is a gap that hasn’t yet been bridged. Solving this may also solve the mind-body problem.

Does Bitcoin objectify subjective experiences? There is no correlation between the amount of Bitcoin you own and your inner resources. I don’t think that the transaction process can transform subjective experience in a replicable, independently verifiable way. Bitcoin is built to do just a few simple tasks, and solving our biological mysteries is not one of them. But the Bitcoin blockchain can certainly be a measure or time keeper of subjective experiences. For example, if one were to spend one’s Bitcoin on a dinner, or for any experience at all, the transaction of energy, the cost of that experience to some extent will be reflected on the blockchain, even though no other facts about the inner experience may be kept in tact. So why is this significant?

Bitcoin is the only objective set of facts in the world. When we interact with the blockchain, whether sending, receiving, auditing, simply holding, we are attesting, submitting, and contributing to that objective information set. Bitcoin is the only history we’ve agreed on, even if we agree that there are multiple asynchronous histories in this universe, and Bitcoin is but one of them. It is also the only objective history that is not centralized on this planet.

Yet we have no reason to believe that consciousness is an exception to the laws of thermodynamics in so far as we understand them. It is therefore possible that the wild combination will be found one day, and that the brain-body problem will be solved. As written elsewhere, I think that Bitcoin will play a major role in providing a foundation on which science can progress in a decentralized way that we haven’t witnessed before. In time, with enough collective capital accumulation, it could be possible to construct anything on an atomic level. At that stage whole worlds could be reproduced, histories could be replicated, simulations borne out.

Subjective experiences themselves are not fungible among consciousnesses, as Wittgenstein described it you cannot have a toothache in the mouth of another. One cannot experience another’s physical sensations any more than one could experience another’s vision. This is one of the reasons it is so hard to find empirical evidence those in your immediate experience are not philosophical zombies, void of qualia.

There is an argument that if no specific parts of the brain give rise directly to qualia, that is, if subjective conscious experience is separate from our physical brains, then it is conceivable that there could be people who experience no qualia at all. These philosophical zombies would behave as people do but without having any subjective phenomenology. (The population’s complacent submission to governments mandating injections into their bodies tells me that many people either don’t have subjective experiences and/or don’t see their bodies as private property, but I cannot prove this.) This argument poses a problem for physicalism. If such zombies exist they disprove the idea that physical substance is all that is required to explain consciousness.

If we are in a simulation, when you take leave of someone do they cease to be rendered? Wouldn’t renderings at all scales at all times become computationally intractable? Isn’t there no such thing as a synchronous event? It would be inefficient to render atoms where none are being perceived.

Bitcoin offers us evidence that energy is being expended outside of our immediate experience. It’s a nice reminder that we are one among a network, a veritable distributed community.

Unlike Bitcoin transactions and network participants, qualia are not verifiable. Daniel Dennet, a cognitive scientist and philosopher, defined qualia with four properties.

1)  Qualia cannot be communicated or apprehended outside of direct experience, thus they are ineffable.

2)  They carry the property of being non-relational. Qualia do not change depending on the experience’s relationship to other things, thus they are intrinsic.

3)  Interpersonal comparisons of qualia are systematically impossible, thus they are private.

4)  Qualia are directly or immediately apprehensible in consciousness. To experience a quale is to know all there is to know about that quale, and to recognize that you are experiencing it.

In short, a person who experiences a quale will find they are unable to describe it to someone who has never experienced it to the extent that they’ve communicated all there is to know about that experience.

For example, consider describing a certain blue to a person who has never seen it. No matter what you communicate, the person will not receive a full description and has not yet fully experienced that color.

By spreading Bitcoin education and adoption we can deliver the opportunity for qualia, which cannot be tied to the blockchain in any meaningful way, but can be time stamped in relation to certain blockss. In gifting Bitcoin there is no means of verifying an inner subjective experience was received, and no means of reciprocating whatever unmeasurable experience you’ve had in Bitcoin since learning of it from others. However, there is some overlap between Bitcoin as objective and qualia as subjective truth.

1) Bitcoin cannot be communicated or understood outside of direct experience, thus they are ineffable.

2)Bitcoin carry the property of being non-relational. The protocol does not change depending on the user or the user’s relationship to other things, thus Bitcoin are intrinsic.

3)  Bitcoin are interoperable. Spending Bitcoin outside of the public ledger is systematically impossible, thus they are public.

4)  Bitcoin are directly apprehensible in consciousness. To receive a Bitcoin is to know all there is to know about that Bitcoin, and to recognize that you are its owner.

Read The Center Cannot Hold: 8: “Bitcoin Is The Singularity”

Read The Language of Bitcoin: 5: “Bitcoin Has No Competition”

Read The Language of Bitcoin: 4: “Bitcoin And Existential Risk”

Read The Language of Bitcoin: 3: “Bitcoin: The First and Final Rival Money”

Read The Language of Bitcoin: 1: “BTC Is The Best Explanation For The Way Money Is”