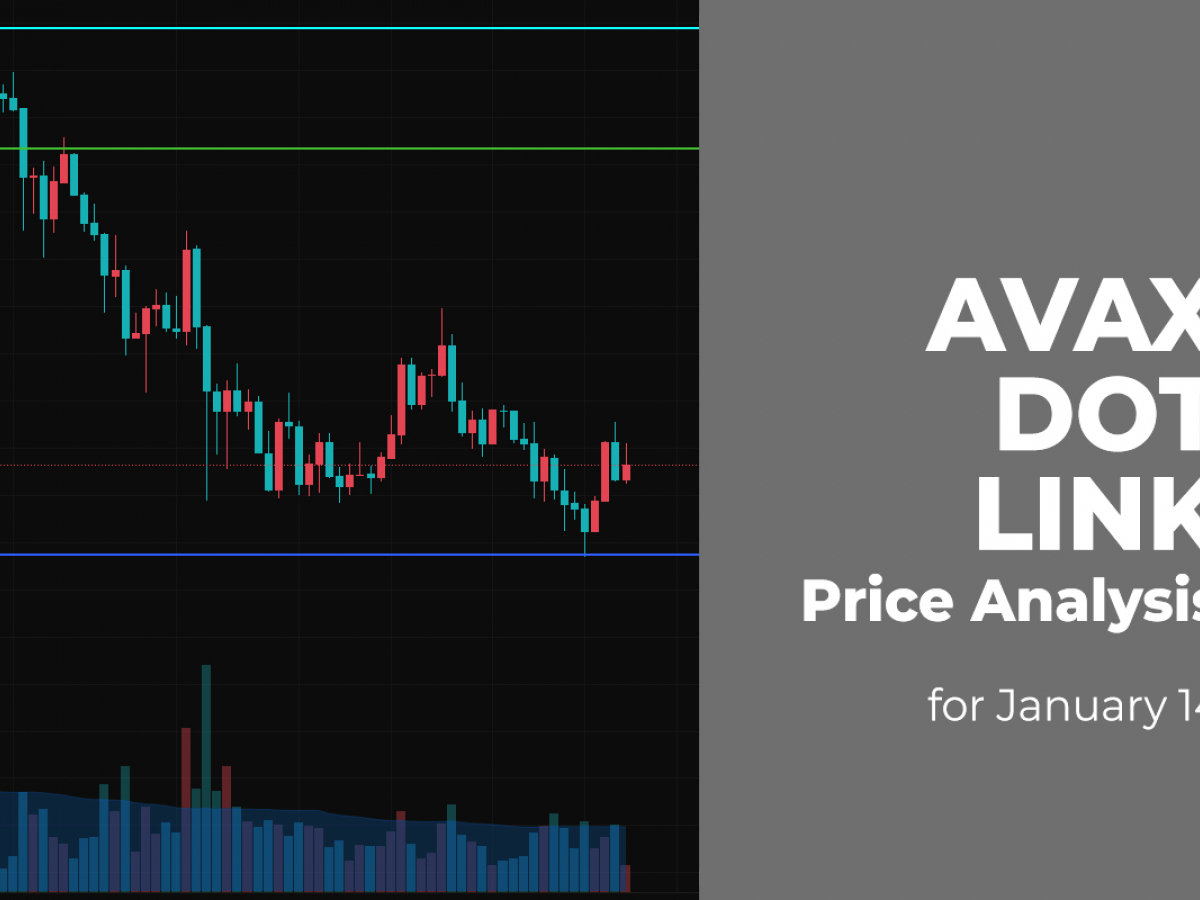 Buyers could not maintain bullish momentum, and the majority of coins are under bearish pressure once again.

Avalanche (AVAX) is the biggest loser from the list today, dipping more than 7%.

Despite the fall, the altcoin keeps trading within the big channel between the support level at $76.57 and the resistance level at $101. The sideways trading is also confirmed by the decreasing trading volume, which means that neither bulls nor bears are dominating at the moment.

In this case, there’s a low chance of seeing a sharp movement shortly as the coin needs to accumulate more power.

Polkadot (DOT) is performing better compared to the other coins from the pack, dropping by only 1.93%.

After Polakdot (DOT) made a false breakout of the support level at $22.66, it is trying to accumulate energy to come back to restore the lost positions. If the buying trading volume increases, DOT might return to the vital zone around $30.

However, the mid-term bullish trend can start again only if the daily candle fixes above the resistance at $38.77.

Chainlink (LINK) is trading sideways despite today’s fall. At the moment, the price is located closer to the resistance against the increased trading volume. If the pice comes back to the orange line at $26.68 and breaks it, buyers may keep the growth to another level at $38.