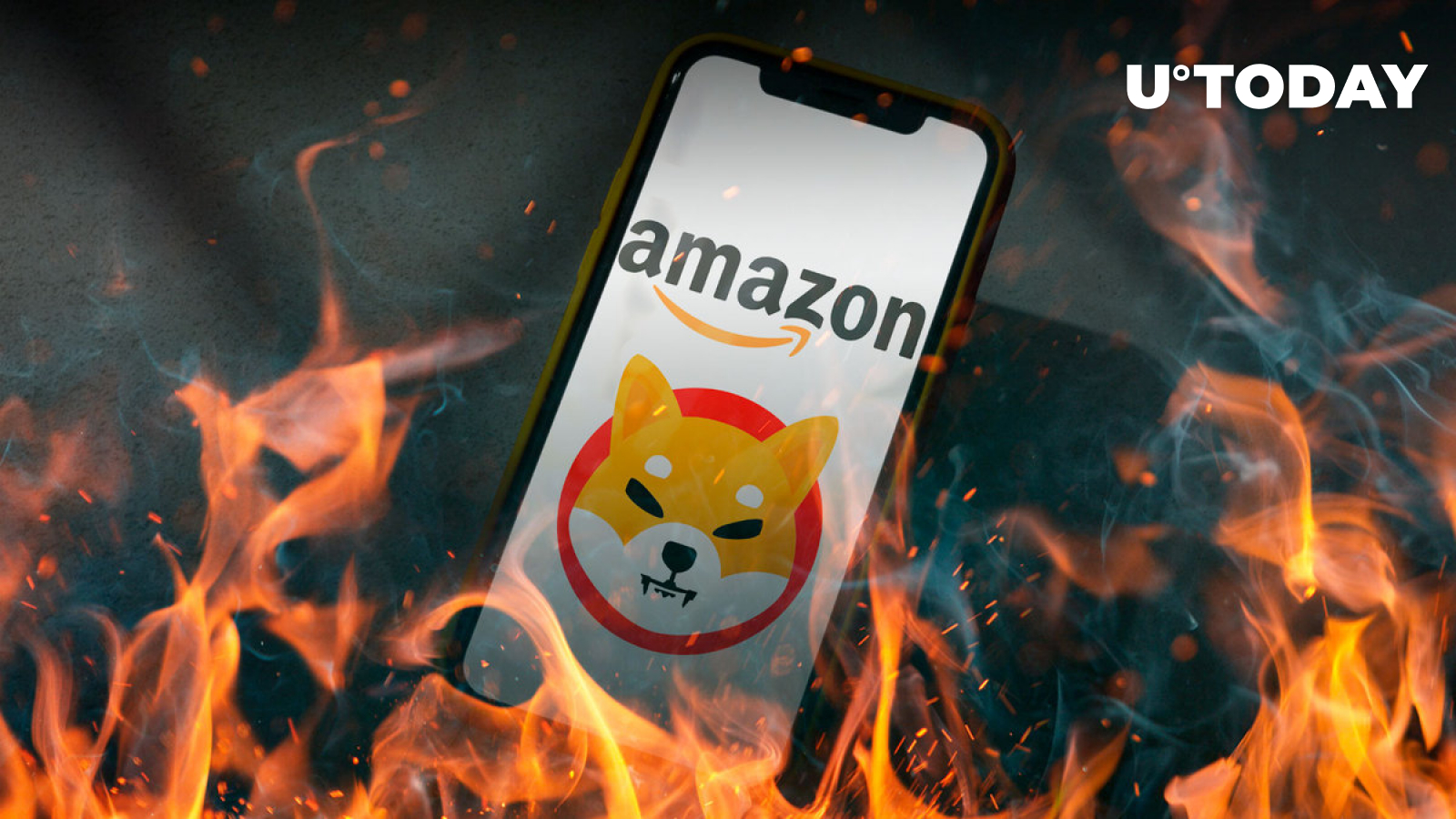 This SHIB burn platform keeps burning via e-commerce giant, says it “is remaining strong” for burns, here’s how

Twitter account @shib_superstore, which represents the online store of game developer Travis Johnson, has shared the results of the recent SHIB burn, mentioning the effectiveness of Amazon for the purpose.

Johnson’s shop has been the first one so far that has been using Amazon profits to destroy SHIB tokens.

Travis Johnson has tweeted that on Sunday, Aug. 15, when he does his weekly SHIB burns, he managed to remove 84,755,332 Shiba Inu worth $1,351. He stated that by the end of August, he is likely to surpass the total amount of SHIB burned in July by roughly 30%.

This would be the first uptick his burn rate would have since the start of the year. In his tweet, Johnson also mentioned that the Amazon affiliate program is “remaining strong” for burning Shiba Inu.

On Tuesday, the commissions from Amazon sales allowed Johnson to earn $14, which will be used for buying Shiba tokens to burn next Sunday. That is 877,742 SHIB. The mobile phone game “Brick Buster” seems to be the main generator of advertising income for the shop – SHIB is regularly bought with this money and then moved to a dead-end wallet in an attempt to reduce the circulating supply.

August 15th numbers are in!

We are staying consistent on Bricks Buster, another $61 day. Amazon is remaining strong having a $14 day yesterday.

Total as of the 15th was $1351, we are on track to beat July numbers by about 30%, which would mark our first uptrend since February! pic.twitter.com/wHDm2Q8YKf

Two weeks ago, the aforementioned Twitter account shared that it kept burning SHIB on a daily basis via Amazon and that the e-commerce behemoth had proved to be a “solid daily burner.”

However, SHIB’s burn rate has not been doing well over the past 24 hours. The website of analytics provider and SHIB burner website Shibburn has shared that, over the past day and night, only 18,298,956 meme tokens have been destroyed.

This pushes the burn rate down 81.33% compared to last week, when over 200 million canine tokens were burned per day.

In the past 24 hours, there have been a total of 18,298,956 $SHIB tokens burned and 15 transactions. Visit https://t.co/t0eRMnyZel to view the overall total of #SHIB tokens burned, circulating supply, and more. #shibarmy