AGOA: Ethiopia on verge of losing access to lucrative US trade program over human rights violations 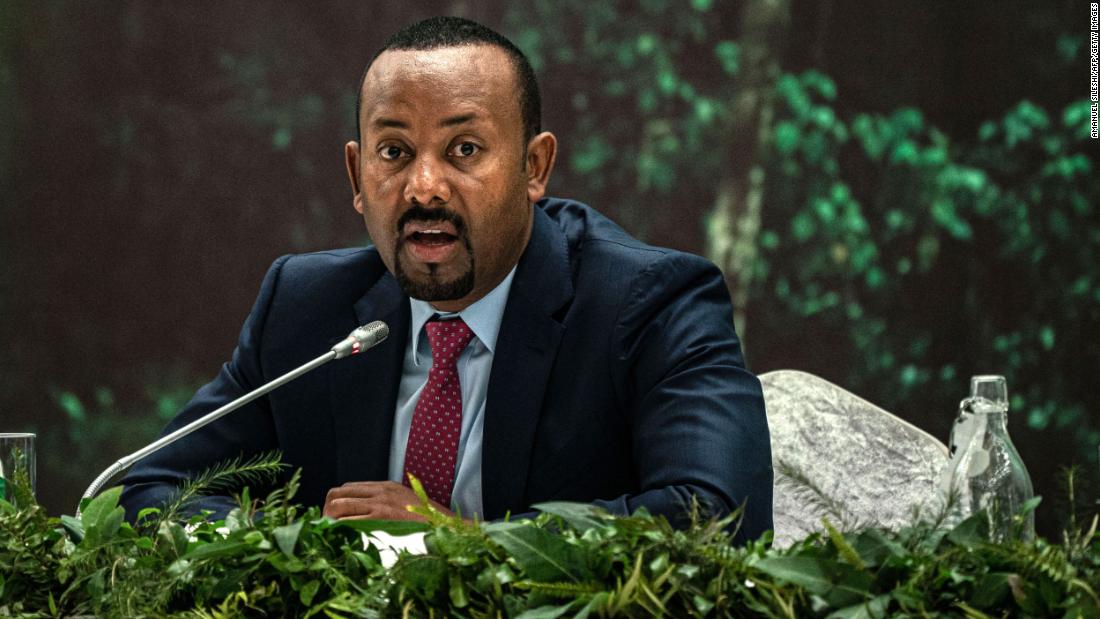 President Joe Biden has determined that Ethiopia is out of compliance with the eligibility requirements of the African Growth and Opportunity Act (AGOA) “for gross violations of internationally recognized human rights,” one of the senior administration officials said.

The Ethiopian government must take “urgent action” by January 1 in order to remain in the program, which grants eligible sub-Saharan African nations duty-free access to the US market for thousands of products.

The Biden administration is also preparing to issue sanctions under an executive order signed by Biden in September authorizing broad sanctions against those involved in perpetrating the ongoing conflict, according to the officials.

The moves come as the conflict in northern Ethiopia nears its grim one-year milestone and millions of Ethiopians risk starvation. There have been repeated calls from the United States and the international community for the parties to the conflict, including the government of Prime Minister Abiy Ahmed and the Tigray People’s Liberation Front, to end hostilities.

“We are communicating to the Ethiopian government that there is still time to avoid or reverse these actions if they take urgent action,” another senior administration official said.

“We are urging the government of Ethiopia to take urgent steps by insuring an end to all gross human rights violations, granting unhindered access to international human rights monitors, removing barriers to humanitarian operations,” they continued. “We are urging all parties to halt military operations that are causing widespread loss of life and threats to civilians and to come to the negotiating table without preconditions.”

The official said US Special Envoy for the Horn of Africa Jeffrey Feltman, who the Ethiopian government refused a visit from last month, “is ready to travel out to Ethiopia to engage with the government this week and we hope that he will be received and his visit accepted.”

CNN has reported extensively on human rights abuses committed during the conflict, including detentions, acts of sexual violence, and killings that bear the hallmarks of genocide — findings that have contributed to calls from bipartisan lawmakers for the administration to take action.

An investigation by CNN released in early October found that the Ethiopian government has used the country’s flagship commercial airline, Ethiopian Airlines, to shuttle weapons to and from neighboring Eritrea during the course of the war. Ethiopian Airlines said in a statement that it “strongly” refuted the findings of the investigation.

The CNN investigation also triggered calls by US lawmakers for sanctions and investigations into Ethiopia’s AGOA eligibility. At the time US officials told CNN they would review Ethiopia’s eligibility in 2022, the scheduled review point.

In a virtual late August meeting with Ethiopia’s senior policy advisor and Chief Trade Negotiator Mamo Mihretu, US Trade Representative Katherine Tai “raised the ongoing violations of internationally recognized human rights amid the ongoing conflict and humanitarian crisis in northern Ethiopia, which could affect Ethiopia’s future African Growth and Opportunity Act (AGOA) eligibility if unaddressed,” according to a readout from her office.

The first administration official said that Biden made the decision on Ethiopia’s lack of compliance with AGOA eligibility requirements following “a months-long review and public call for information.”

“The government cannot engage in gross violation of human rights and must cooperate in international efforts to eliminate human rights violations and the United States cannot look the other way on these criteria and nor should we want to,” they said.

This official said they were announcing the move to revoke Ethiopia’s AGOA access now consistent with the typical 60-day statutory notice under the law. They said there is a process where Ethiopia could be “reinstated when the appropriate actions have been taken” even if that takes place prior to the 2022 annual review of its eligibility.

In an opinion piece published in Foreign Policy last month, Ethiopia’s Chief Trade Negotiator Mihretu argued that “removal of AGOA eligibility would only worsen the condition of ordinary Ethiopians who have no connection to the Tigray conflict,” including women and low income workers.

The second senior administration official said they “sincerely hope that the Prime Minister uses this opportunity, this space, and in light of what is happening on the ground, to take positive steps to come to the negotiating table for the sake of the country and for those women…who will be affected by this.”

“It’s really up to Prime Minister Abiy to take the steps he needs to in order to hopefully stave off the ineligibility trigger of January 1,” they said.