2022 could be a make-or-break year for Europe 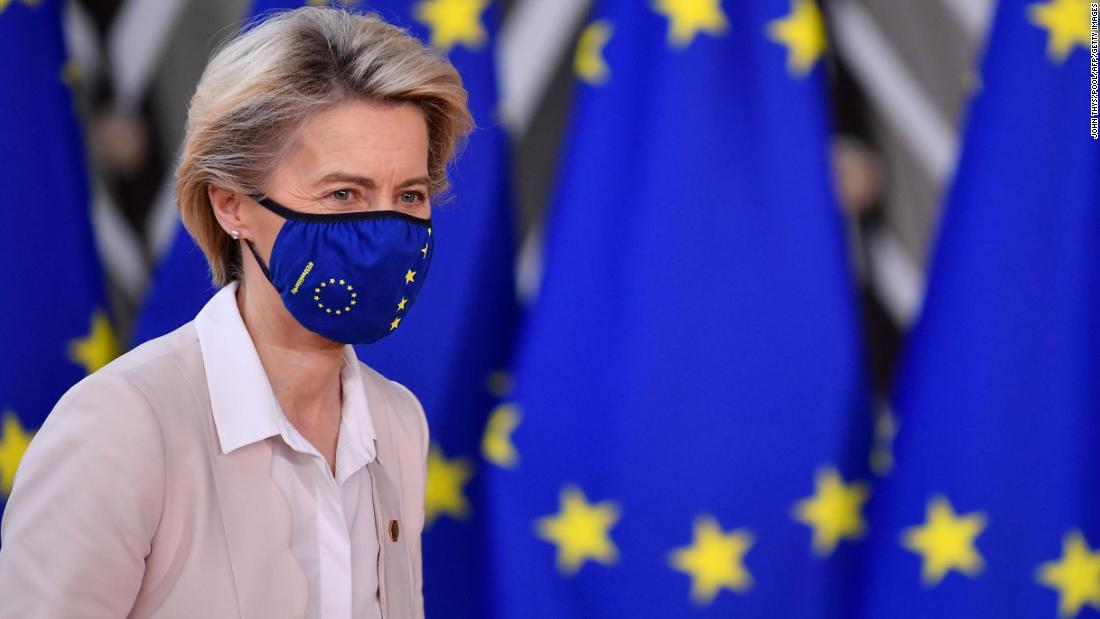 The Covid-19 pandemic has left efforts to create a more assertive global Europe on the backburner — at the very moment when the global politics of the past two years has created myriad problems for the bloc. These will only get worse if prompt action isn’t taken.

Bold proposals have been made by the Commission that could, in theory, go some way to solving these problems.

On Russian aggression and other military issues, the EU has proposed rapid deployment units tailored to specific missions, reducing the reliance on NATO and the US to protect the continent.

On China, Brussels is trying to counter Beijing’s giant global infrastructure initiative by offering alternative investment options. In recent years, the EU has tried to walk a near-impossible tightrope, maintaining an economic partnership with China while not alienating an increasingly anti-Beijing US.

The Trump years made Europe acutely aware that it could not afford to rely wholly on America as an ally. Balancing this relationship between Washington and Beijing would, Brussels perhaps naively believed, prevent the EU from getting squashed between the two powers.

Most European officials agree that the challenges facing the EU need to be addressed, but the reality of trying to achieve a common foreign policy has been uniquely difficult for a bloc of 27 countries with different domestic priorities.

“While the EU makes most of its big decisions on a super-majority basis, member states have always been very reluctant to surrender their veto power over foreign policy,” said R. Daniel Kelemen, Jean Monnet Chair in European Union Politics at Rutgers University.

Consequently, any common EU foreign policy is at the mercy of individual member states who wield unanimity-blocking vetoes that they are only too happy to use.

Countries like Hungary and Poland, who have been on Brussels’ naughty step for anti-democratic, anti-EU policies, hold the power to tank any meaningful EU policy in retaliation for threats to have funding pulled or voting rights removed.

This creates a fresh problem for Brussels, as rivals like Russia and China can “deal directly with national governments, essentially making them a Trojan Horse within the EU, agents of hostile regimes,” says Kelemen.

Andrius Kubilius, former Lithuanian Prime Minister and current MEP, notes that the Kremlin in particular exploits this by seeking to “strengthen relations with individual member states” and not with EU institutions — because the institutions are almost always more hawkish than national capitals.

However, the foreign affairs headaches facing the EU are bigger than disagreements between member states.

“The way the EU is currently set up fundamentally prevents it from addressing the crises facing us,” said Sophie in ‘t Veld, a Dutch liberal MEP.

“The Commission could take the initiative, as it did with Covid, leading to a positive outcome. But on foreign affairs, [it] is completely beholden to the member states who do not even have a mandate to come up with [a] pan-European vision,” she added.

The issue of the EU Commission’s reliance on member states comes up often when talking with current and former officials. They point out that the current Commission President, Ursula von der Leyen, only got the job as a result of a fudge.

“She wasn’t her party’s first choice, which limited her independence from the start,” said Julian King, a former commissioner. “She is more dependent on the capitals, especially Berlin and Paris. Unfortunately, there is not as much political stability in either as there has been previously.”

Germany has only recently installed a three-party coalition government between the center-left Social Democrats, the Greens and the liberal, pro-business Free Democrats. And while their agreement looks, on paper, to be something of a continuation of Angela Merkel’s foreign policy, the Greens — whose leader Annalena Baerbock has been appointed Foreign Minister — have previously taken a tougher line on Russia and China than their coalition partners.

Meanwhile in France, Emmanuel Macron is hoping to secure a second term in office, with presidential elections due to take place in April. King notes that even if Macron retains the presidency, “he then has to fight and win a legislative election if he wants to govern the country effectively, which will probably focus on domestic issues and take us to the end of June.”

That date matters, because France holds the EU’s rotating presidency for the first half of 2022. Macron has been by far the biggest supporter of a more geopolitical Europe, backing ideas like a European army and a foreign policy that doesn’t simply follow America’s lead.

Indeed, Macron had hoped that during his EU presidency, the European Council of member states would sign off on an ambitious new process called the “Strategic Compass” at a summit in March.
The Strategic Compass — effectively an operational guide to decision making on security and defense issues — would provide the EU with standing troops and a common strategic policy.

But many member states have serious reservations about the proposal, ranging from its cost to the fact it doesn’t adequately name and shame Russia. And with Macron focused on his reelection campaign, the capitals most resistant to these policies will simply be able to ignore the man who should, in theory, be Europe’s most powerful leader — instead opting to sit out his EU presidency.

But while Europe waits, the crises it faces will not. And its enemies know this.

“A lot of things are happening at once and the EU is historically very bad at dealing with simultaneous crises,” said Cathryn Cluver Ashbrook, director of the German Council on Foreign Relations.

“It doesn’t take much for one problem to run into another: The migration crisis on the Belarusian border and the Ukrainian tensions both follow a road back to Moscow, elevating Putin’s hand in any dialogue,” she added. “It’s not hard to imagine how hard things could get if China and Russia chose to coordinate.”

So, what possible path forward is there, given all these obstacles?

One senior EU diplomat told CNN they were not optimistic: “We’ve known what the problems are for ages, both internally and externally. The problems have got worse: Russia and China are more assertive; the US is less predictable as an ally, and we are more divided. Meanwhile, we are becoming smaller and less important on the world stage.”

The diplomat did, however, add two caveats that might force both Brussels and the member states into finally acting: “If the US midterms raise the real prospect of a Trump or someone similar returning to the White House and [if] Russia becomes more assertive, we might be shocked into taking radical action, or face feeling helpless.”

Most agree that radical action would see a lot more spending and more power handed to Brussels.

“In federal states, the first thing that gets passed to central government is foreign policy, security and defense,” says Keleman.

Squaring all of this with member states who don’t trust each other — or the Commission — will take longer than 12 months. But 2022, if Covid drops enough from the agenda, could offer a window on what progress can be made in the coming years.

The thing to watch for will be how Brussels acts in response to hostility, be it from Belarus, Russia, China or even the US.

It will also be worth keeping an eye on whether — and when — the EU backs its own members over anti-democratic rivals that the bloc has financial relations with. Lithuania, for example, recently recognized Taiwan as a sovereign entity — sparking anger from the Chinese government — while the Commission reiterated to CNN that it officially still holds a One China policy.

The cost of inaction, multiple diplomats and officials told CNN, is an ever-diminishing status on the world stage for the unity project that grew out of decades of war and division.

Worse, if Europe doesn’t stand up for democracies by challenging its foes, it could be seen as tacitly approving the rise of authoritarian states.

The stakes are higher than many in Brussels, who tend to focus on short-term politics, might realize. But in 2022, Europe has an opportunity to finally walk the walk and take its seat as a major global power, defending the rules-based order and Western values. Failure to grasp this opportunity will almost certainly mean that those who oppose these values will continue down a path of no return.