What parents should know about the VR gear kids want 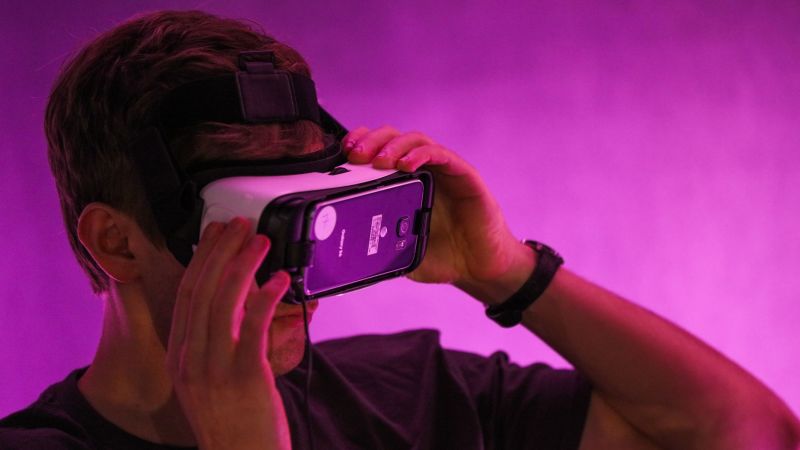 Thinking about treating your family to a little virtual reality this holiday? Have no idea where to start? Don’t worry.

From Google’s inexpensive Cardboard VR viewer to Sony’s new PlayStation VR, this guide will help you figure out what makes sense for your family’s interests, needs, and budget. Here are your options if you want to dip your toe in the water, wade knee-deep, or really swim with the VR big fish.

Keep in mind, virtual reality is a quickly changing technology, so always check out the companies’ websites, professional reviews on sites like CNET, and user reviews before you take the leap.

Virtual reality viewers are inexpensive, handheld devices that offer three-dimensional views and the feeling of being in a different place. The viewers’ lenses work by extending the depth of static images or animation but do not allow you to interact with your environment. To use them, download any app labeled “VR” in either iTunes or Google Play, launch the app, and insert your smartphone into the viewer. Most viewers use your phone’s button or another basic input to control the action.

• Compatible with most smartphones and iOS or Android apps labeled “VR” (except for the View-Master, which uses specially designed apps)

Literally made of cardboard, this handheld device that you put together yourself is a fun, novel way of experiencing virtual reality. Use with any smartphone and iOS or Android VR apps. Google offers lots of different viewers, including the steampunk-looking Google Tech C-1 Glass VR Viewer ($14.99).

This is a comfortable viewer with adjustable lenses, a head strap, and an easy-to-use trigger input. Comes with a cardboard, handheld motion-controller that adds some oomph to games. Works with most smartphones and any iOS or Android VR apps.

Geared for learning rather than gaming, the View-Master is available in a range of packages that let you explore dinosaurs, space, wildlife, and more. Each pack includes insertable picture reels (your phone provides the horsepower). Works with most smartphones and specially designed View-Master iOS or Android apps.

Moving up in price and features are VR headsets. They’re similar to viewers in that you download VR apps from the app store and insert your phone in them. Headsets work with the exact same apps as the viewers (except for the Samsung Gear VR and Google Daydream Viewbut give you a more immersive experience.

The advantages of headsets are that they’re more comfortable to wear for a longer time, they fit better (preventing light leaks), they have better lenses, and they often have earphone ports. That’s why some people like to use them to view videos. They don’t make the videos three-dimensional, but they provide a personal-movie-theater-type experience. They also typically have built-in game controllers on the headset itself or work with handheld controllers, giving you more options in apps than you would have with a simple viewer.

• More believable, you-are-there experience, but limited ability to interact with your environment

• Headsets have minimum age requirements set by the manufacturers; check the age before you buy.

This big purple headset is made of flexible foam and has audio ports and dual input buttons for easy game control. Works with most iOS and Android VR apps.

Made of fabric, this lightweight plush headset is designed specifically for Google’s brand-new Daydream VR platform. The platform includes Daydream-compatible phones (such as the company’s Pixel phone), apps, and controllers. Daydream View comes with a controller and the company says there will be 50 apps at launch, including games, educational content, and streaming services.

Designed exclusively for Samsung phones, the Gear VR includes an input pad on the side of the headset and works with bluetooth controllers, both of which let you navigate games easily. Works with Gear VR-compatible games (including Minecraft Gear VR Edition).

Individually adjustable lenses, a snug fit, and a smartphone tray you can customize to your phone make the Kix a good option for quality VR on any smartphone. Works with most iOS and Android VR apps.

Right now, the only VR gaming console is offered by Sony. The company’s just-in-time-for-the-holidays PlayStation VR headset works with the PlayStation 4. If you don’t have a PS4 already, you could buy the PlayStation 4 Slim or a PlayStation 4 Pro (also brand-new for the holidays) and the PSVR. The headset plus the horsepower provided by the console provides an immersive, interactive VR experience.

Includes everything you need to turn your PS4 into a VR machine, including a headset, a camera, two motion controllers, a game, and cables.

A newly redesigned, slimmer version of the PS4, this one has improved graphics, a lighted controller, and runs quieter.

What parents need to know about technology addiction

You may have heard of the ominous-sounding Oculus Rift and HTC Vive. These are the ultra-powerful VR headsets that provide a fully immersive experience; some call it “the Holodeck” in reference to the alternate reality from Star Trek. Both require high-end, powerful PCs (which cost upwards of $500).

• Full interactivity with your environment

• Games tend to be mature, including The Assembly and Deus Ex Mankind Divided.

• Best for families with teens; Oculus Rift’s manufacturer age minimum is 13; Valve states the Vive is “not for children.”

Offers a “room-scale experience.” If your kids play on the Steam gaming network, they’ve certainly seen ads for the HTC Vive, as it’s made by the same company, Valve, that owns Steam. Steam is offering some Vive-only games designed to take advantage of this headsets’ unique capabilities.

Comes with everything to make VR a reality – except the computer: a headset, a sensor, a remote, cables, an Xbox controller, and a game.

Cat's eyes: How a pub trip made the world's roads safer

Interpol working out how to police the metaverse

Elon Musk found not guilty of fraud over Tesla tweet