US ‘actively working’ for release of American held by the Taliban in Afghanistan, Jake Sullivan says 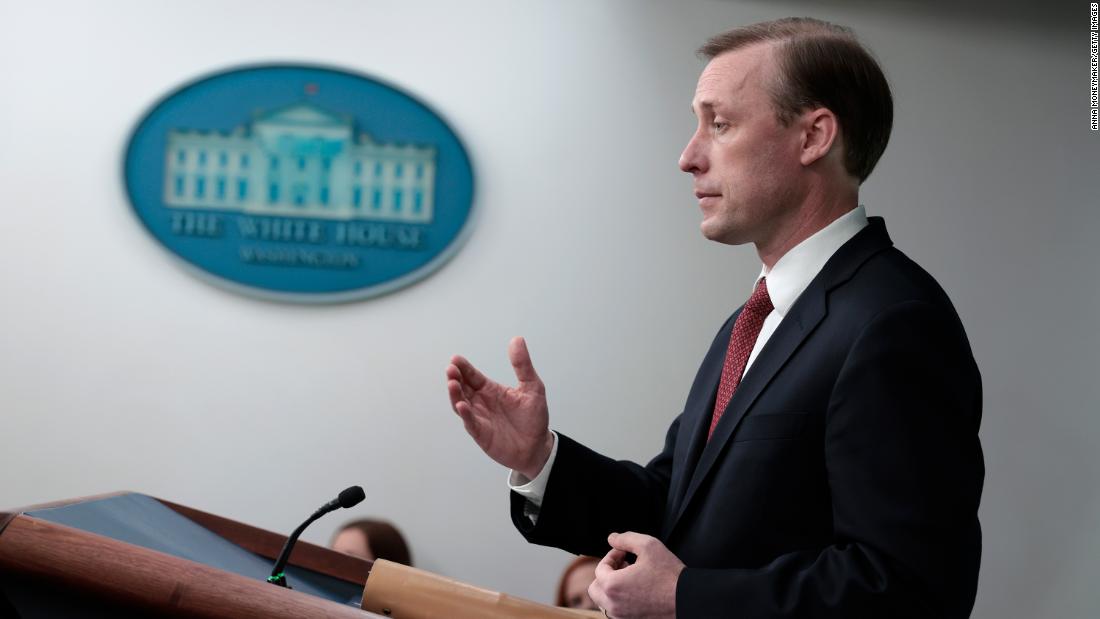 “This individual went to Afghanistan after the US drawdown had been completed,” Sullivan told CNN’s Jake Tapper on “State of the Union.” “I’m not going to get into the sensitivity of it, but I can assure you that it is being handled at the highest levels of our government.”

At least eight Westerners have been arrested by the Taliban in Afghanistan during different incidents in the last two months, CNN has learned, marking a sharp escalation of Taliban actions against Westerners living in the country.

The people being held now include six British citizens, one of whom is an American legal resident, and one US citizen, sources with direct knowledge of the matter in Afghanistan, the United States and the UK have told CNN.

The reason for each specific detention is unclear, and they are not thought all to be related.

Emily Horne, a spokesperson for the US National Security Council, has called the detentions “unacceptable” and said the US has been in contact with the Taliban as it urges the group to release the Westerners.

“It’s completely unacceptable for the Taliban to hold hostage human beings, and completely antithetical to their purported aspiration to be viewed as a legitimate actor on the world stage,” Horne said. “Through direct and indirect communications with the Taliban, we have urged the release of any and all individuals who are unjustly being held by the Taliban and their proxies. Due to privacy, safety, and operational concerns, we have no further comment at this time.”

Last week, The Washington Post reported on an Army report, obtained through a Freedom of Information Act request, that detailed senior White House and State Department officials resisting efforts by the military to prepare for the Afghanistan withdrawal.

One senior commander said the military would have been “much better prepared to conduct a more orderly” evacuation “if policymakers had paid attention to the indicators of what was happening on the ground,” The Post reported.

In an interview with NBC Thursday, Biden told Lester Holt he was “rejecting” the report’s findings, adding, “That’s not what I was told.”

Sullivan also on Sunday rejected reporting the administration ignored warnings to evacuate America’s Embassy in Kabul in the final days of the US war in Afghanistan.

“As soon as, the minute our military leaders and diplomats recommended to the President that he do so, literally that minute, he ordered the evacuation,” he said on CBS’ “Face The Nation.”
Asked about Paul Whelan and Trevor Reed, who are currently detained in Russia, and efforts to free them, Sullivan told Tapper he’s personally met with the families of both Americans.

“I have communicated to them directly from President Biden that it is a priority of ours to get them home safely. The Russians have been willing to engage in various channels to discuss a way to make that happen, and we are actively engaged in an effort to do that,” Sullivan said. “And I’m not going to share more here because of the obvious sensitivity of it, but we would like to get Paul and Trevor home as soon as possible.”