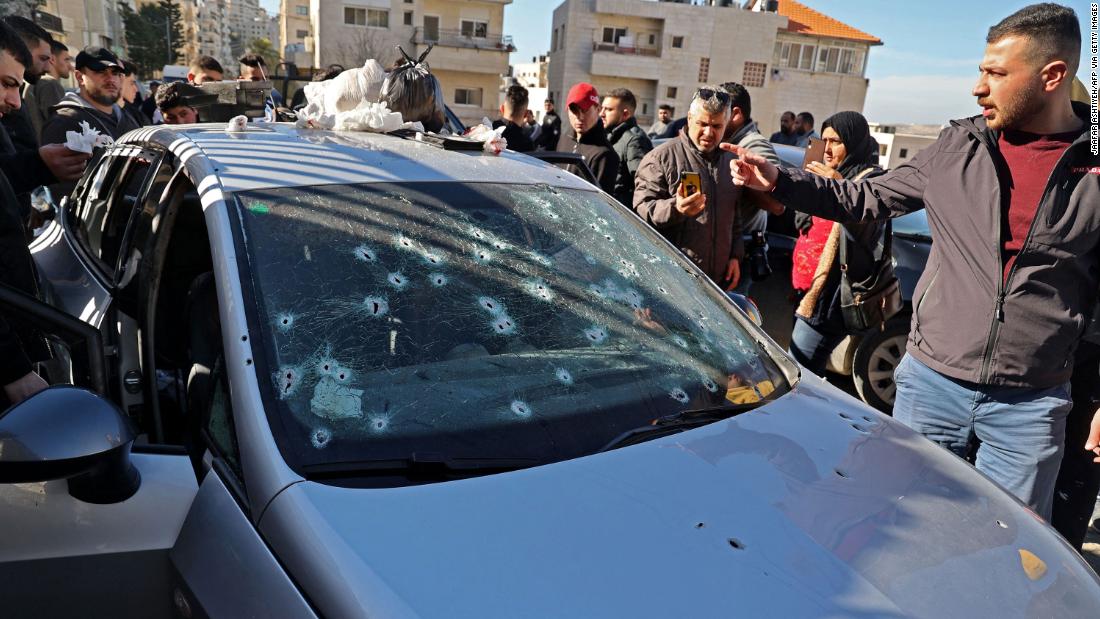 Video of the immediate aftermath of the incident shows a silver car, with its doors open and what appear to be multiple bullet holes in the front windscreen, surrounded by two vans.

About ten Israeli security personnel can be seen moving around the vehicles, with others taking up defensive positions close by.

The Al Aqsa Martyrs Brigade, the armed wing of the Fatah movement, said the three men were its members and named them as Mohammad Al Dakhil, Adham Mabrook and Ashraf Mubaslat.

Israeli border police say the men were responsible for a series of shooting attacks on soldiers in the West Bank in recent months.

A security source told CNN one of the attacks was on an Israeli army post near Nablus in September, three others were on separate army posts since the start of the year, and a fifth targeted Israeli soldiers inside Nablus. There were no casualties in any of the incidents.

The counter-terror operation had been several weeks in the planning, according to a police commander, who said that the suspects had opened fire on Israeli forces, who then responded in kind. Two M16 assault rifles were found in the suspects’ car, Israeli police said.