The EU realizes it can’t rely on America for protection. Now it has a blueprint for a new joint military force 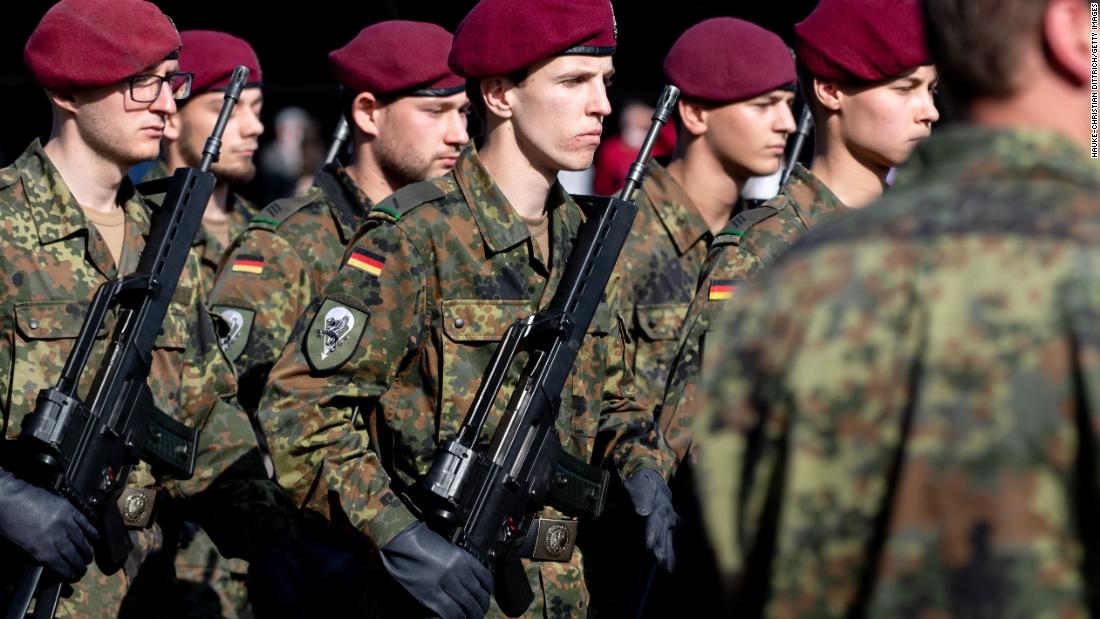 Recent geopolitical crises, most notably the messy withdrawal of troops from Afghanistan, has cemented thinking that the EU cannot rely entirely on the United States or NATO for its protection.

Coincidentally, the initial blueprint for such a plan was presented to EU member states this week. The “Strategic Compass for Security and Defence” is a loose outline of how cooperation across the bloc might work. The document was leaked to CNN in full.

The main proposal is that the EU obtains the capacity to rapidly deploy up to 5,000 troops to deal with numerous potential crises. Rather than a permanent force reporting to a commander in Brussels, these rapid deployment groups will be a collection of troops from across the participating member states, formed to tackle a specific task and commanded from an EU level on that mission. Those tasks could range from an evacuation mission, such as in Afghanistan, to peacekeeping on a border or humanitarian missions.

The document also talks about the need for a joined-up approach in defense procurement, research and intelligence, making the bloc more competitive and efficient. It acknowledges that to do this, national and EU spending would have to increase and focus on filling in the gaps that currently exist across the EU as a whole.

Not all 27 EU countries would be required to participate; however, deploying troops in the name of the EU would require signoff and involvement of member states, and the details of how this would work are yet to be confirmed.

While Euroskeptic derision at the idea of an “EU Army” means this latest proposal is a far cry from the 1999 goal of up to 60,000 troops ready to deploy at any given moment, it’s still ambitious and, unusually for a top down, multilateral EU proposal, is broadly supported by all 27 member states.

However, these are early days and reaching agreement on anything costly from 27 countries who face vastly different security and fiscal concerns will be far from straightforward.

To get an idea of where heads are at this early stage, CNN spoke with more than 20 EU officials, diplomats and politicians from across the bloc with the aim of answering a question many have asked for years: Will the EU ever have an army to call its own?

The broad picture is that everyone agrees on the central point: Something must be done if Europe is to be kept safe.

Pietro Benassi, Italy’s ambassador to the EU, told CNN that while the Compass must be agreed by 27 nations — some that are “constitutionally neutral, [and] others that have diverse constitutional and military postures” — he is confident that the EU can “build a common strategic culture” and that the plan will provide momentum to that end.

This opinion, or some version of it, was shared by almost everyone that CNN spoke with. However, long-standing divisions exist that will inevitably slow that momentum.

The keenest country is without question France. President Emmanuel Macron has made no secret of his dream for a stronger Europe with greater integration on foreign affairs. He has even called for a “real European army” to reduce Europe’s need for US-led NATO protection.

The current aim is that the Strategic Compass gets agreed in March, while France holds the EU’s rotating presidency. But Macron might want to stick the champagne on ice, as many of his European counterparts are less gung-ho when it comes to defense.

Most notably, some in the eastern EU — countries like Poland, Estonia and Lithuania — are in favor of the plan, but only if a formal agreement makes specific reference to the threat that Russia, and to a lesser extent China, pose.

At present, the document does address the EU’s deteriorating relationship with its neighbor, but also says “common interests and a shared culture in fact link the EU and Russia,” and that it would still engage with “Russia in some specific issues on which we have shared priorities.” Eastern states have also expressed concern about any plan that would undermine NATO.

Similarly worried about Russia are the Scandinavians. Diplomats and officials from these countries explained that “we are at real risk from Russia in this part of the world” and made clear that the “transatlantic alliance needs to be strengthened as part of any broader EU plan.”

Multiple officials, diplomats and politicians said they believed that Macron was the main sticking point, reluctant to point the finger at Russia.

Next, the so-called “frugals.” This is not the exact same “Frugal Four” — Denmark, which has an opt-out on the Strategic Compass, the Netherlands, Austria and Sweden — that made life difficult for the EU when it signed off its Covid package last year.

However, officials from some of these countries expressed concern that troops assigned to rapid deployment teams would never be used, that action would be vetoed and the whole thing would end up a waste of money that undermined the NATO and undercut the transatlantic alliance.

The final piece of the puzzle is Germany. The EU’s richest country is still negotiating its next coalition government and officials say it is very hard to predict exactly how hawkish Berlin will be in the coming year.

One German diplomat told CNN: “We still don’t know who will run defense. It seems likely it will be the socialists, who will be willing to give small contributions on things like field hospitals and not engaging overseas like France, I think, might want us to. It could be a real disagreement.”

Despite all the potential pitfalls, there is sincere optimism that these differences can be bridged if everyone gets realistic and serious.

Rasa Juknevičienė, a member of the European Parliament and Lithuania’s former defense minister, says that “only the EU is able to solve” the hybrid threats it faces from hostile actors in Russia and China. However, she expresses concern that if the bloc cannot agree on issues ranging from cyber security, military capability, a more “realistic view of Russia” and, above all, spending, then “it will just be like Greta Thunberg says, just blah blah blah.”

Former Finnish Prime Minister Alexander Stubb believes that Brussels’ renewed enthusiasm for security is “timely, important and realistic. The US is not going to back up European security forever.”

He says that if Europe is to get serious about protecting itself “it needs to understand that the line between war and peace is blurred … soft power has been weaponized and become hard power. We see that with asylum-seekers being used as weapons. We see with information, trade, energy and vaccines being used as weapons.”

The EU has largely been applauded for the sincere scope of its ambition, and analysts hope they can reach a meaningful agreement on one of the trickiest issues in European diplomacy.

Velina Tchakarova, director of the Austrian Institute for European and Security Policy, acknowledges that finding consensus will be a long process but can see positive movement.

“Once it is approved … there will be concrete directions in which the EU and the member states should go when it comes to forging partnerships and alliances, enhancing capabilities, creating resilience in key domains and sectors, and finally achieving rapid and efficient crisis management based on shared strategic assessment of common threats.”

It would be an extraordinary achievement. While not the EU Army that many either longed for or feared — depending on your perspective — it is refreshing to see the member states so broadly on the same page on an issue that clearly needs addressing.

However, this really is the start of the process and there is a lot of politics to get through — including next year’s French election that could hurl Macron, the chief cheerleader, from office.

And politics is so often what ruins Brussels’ best-laid plans. Steven Blockmans, director of research at the Center for European Policy Studies, says that “for the rubber to hit the road, member states will have to set aside their domestic concerns of blood and treasure and let common security interests prevail. Any single member state could therefore delay or veto deployment for so-called ‘vital’ national security concerns.”

For all the positive sounds now, it is entirely possible that once all 27 leaders get locked in a room to discuss this proposal, naked national interest and previous gripes take over and this plan gets watered down or shelved.

And while the top brass in Brussels remains optimistic that this plan is enough of a compromise to avoid such petulance, when there’s this much money on the table and political capital at stake, diplomacy, compromise, and unity can easily go out the window.

Which, for the EU, would hardly be the first time.