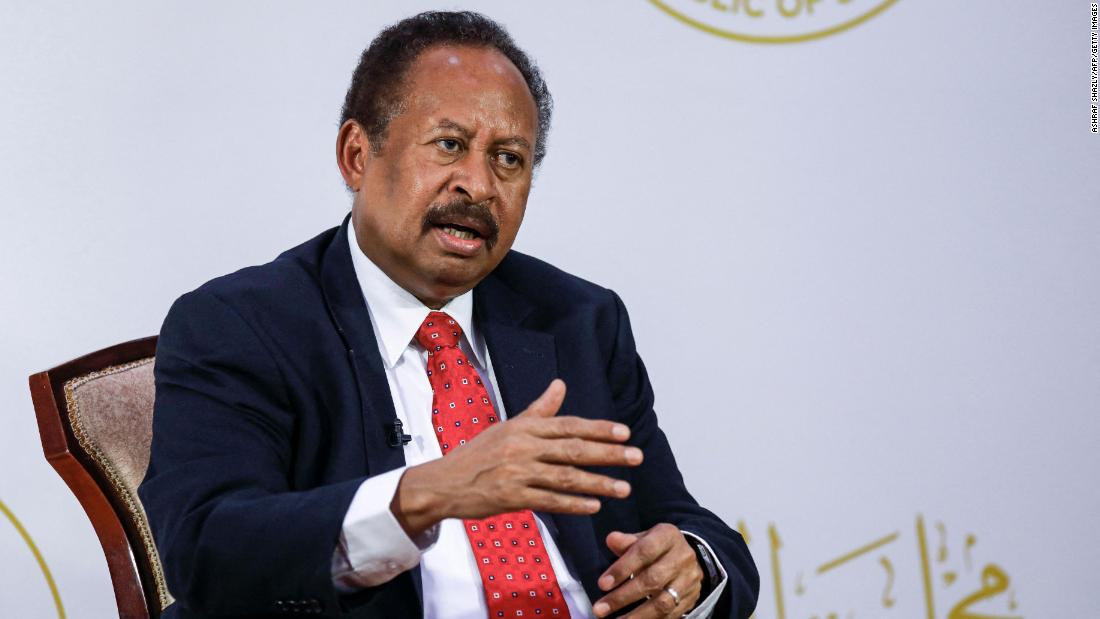 Prime Minister Abdalla Hamdok and other ministers were detained during a military coup last month that saw the country’s power-sharing government dissolved; more than 40 people have since been killed in protests.

In an interview with CNN on Tuesday, Hamdok said he “regretted the bloodshed” that had followed the October 25 coup; he said the agreement had been signed in order to “avoid further killing.”

“This a not a personal interest for me,” he said. “There is a motto that says you will die for country. I took the right decision.”

Under the deal agreed by Hamdok and Al-Burhan, Hamdok again becomes leader of the transitional government, which was first established after strongman President Omar al-Bashir was ousted in 2019.

The Council of Ministers, which was dissolved on October 25, will be restored and the civilian and military leadership will share power. The constitution will be amended to outline the partnership between civilians and the military in the transitional government.

But the agreement also includes as yet unspecified restructuring, according to Mudawi Ibrahim, a prominent official in the National Forces Initiative (NFI) which helped mediate the talks, and it has been met with resistance in Sudan.

Police fired tear gas at a large group of protesters near the presidential palace in Khartoum on Sunday, according to eyewitnesses on the ground.

The deal was rejected by Sudan’s Forces of Freedom and Change coalition (FCC), which insisted there was “no negotiation, no partnership, nor legitimacy for the coup plotters.”

On Monday, Ibrahim told CNN that the agreement was “very humiliating for the Prime Minister,” adding that it had been accepted “for the sake of the country.”

“There are so many people dying on the streets … so the Prime Minister had to take this step and accept the humiliation,” he said.

But Hamdok, who had been held under house arrest until Sunday, refuted the idea he had been humiliated and insisted he had made the right choice.

He called the agreement with the military imperfect and deficient, but said the decision to sign it was taken in order to avoid a catastrophe.

He said he was confident in the military and pledged to work with them to “establish a fair roadmap” for the future of Sudan.

The deal, signed on live television, calls for the release of all political prisoners arrested by security forces following the coup.

Only nine prisoners out of 31 have been released so far, Hamdok said; he called for the immediate release of those still in detention.

“This is the number one agenda item,” he added. “I will not rest until all of them are released.”

Yassir Abdullah and Eyad Kourdi contributed to this report.