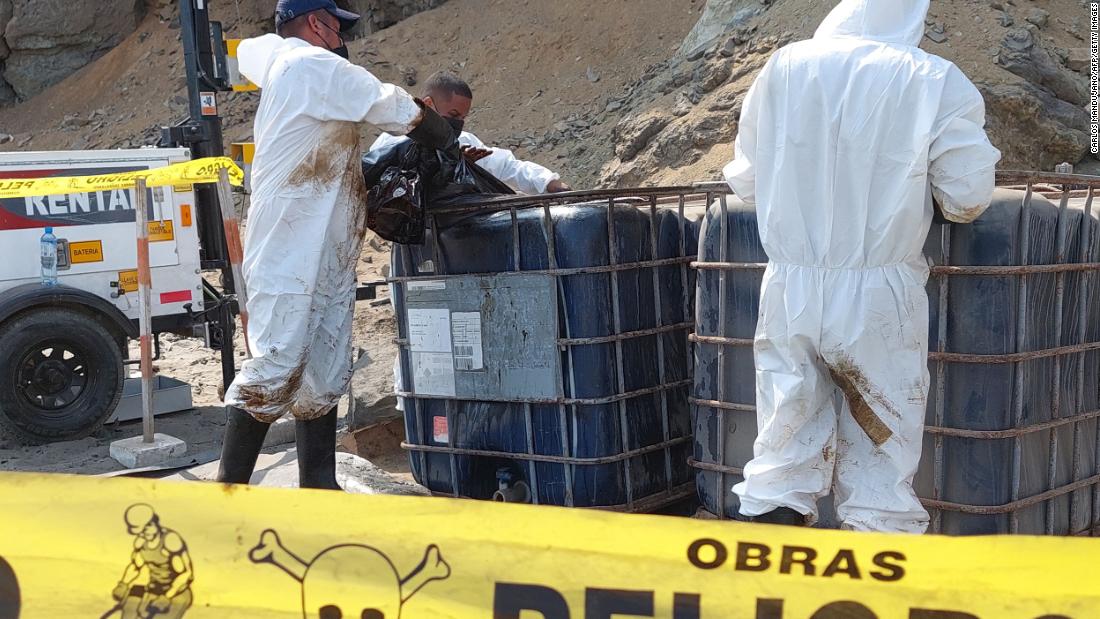 The travel ban will last for 18 months, according to Judge Romualdo Aguedo. It applies to four employees of the Spanish energy and oil company Repsol: the general manager of La Pampilla refinery, Jaime Fernández-Cuesta, and three company directors — Renzo Tejada, Gisela Posadas and José Rey.

The four will not appeal the decision, according to their lawyers, who said that the Repsol executives planned to cooperate with authorities as they investigate the disaster.

Last week, Peruvian President Pedro Castillo declared a state of environmental emergency for coastal areas affected by the spill, calling it an “ecological disaster.” The measure is to last 90 business days, Castillo said.

The January 15 spill occurred as crude oil was being unloaded from a ship to the La Pampilla Refinery, which is managed by Repsol, after a powerful volcano erupted thousands of miles away in Tonga.

The ship was struck by waves caused by the underwater eruption, dumping more than 6,000 barrels of crude oil into the waters near Ventanilla district in Callao, Peru’s chief seaport.

Oil has since been found in the ocean and beach sands along Peru’s coast, including the islands of Pescadores and Puntas Guaneras.

“The crude oil spill constitutes a sudden and of significant impact event against the coastal marine ecosystem of a high biological diversity, and a high-risk for public health,” the Peruvian government said in a statement last Sunday.

Peru’s foreign minister, Oscar Maurtua, asked Repsol last week to compensate fishermen whose livelihoods had been all but eliminated in the wake of the accident.

“The Repsol oil spill in Ventanilla is the worst ecological disaster that has occurred in Lima in recent times and has caused serious damage to hundreds of fishermen’s families. Repsol must compensate for this damage immediately,” Maurtua said in a tweet.

A Repsol spokesperson denied that the company should accept responsibility for the incident. Last week, Tine Van Den Wall Bake told local radio station RPP that “we did not cause this ecological disaster and we cannot say who is responsible.”

The spokesperson added that they had asked the Peruvian Navy if there was a tsunami risk at the time and if the unloading should go ahead. The navy gave Repsol the green light to operate as normal, Bake said.

She added that the company was committed to restoring the entire coastline to its original state. In a Sunday statement, Repsol said it has organized more than 1,350 “properly trained” people to clean the ocean and shoreline affected by the spill.